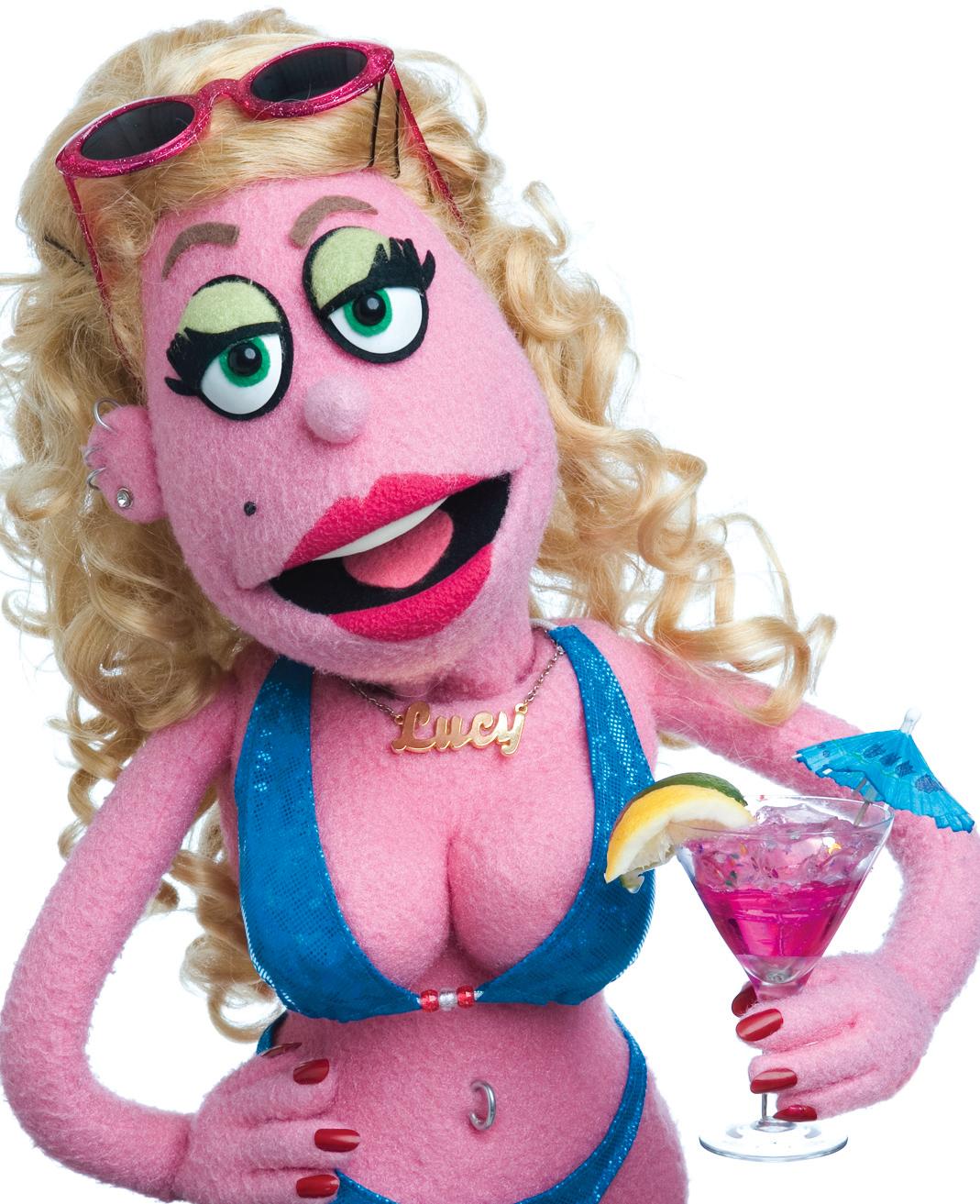 On Sunday nights I’m on a show called Freaky Deeky on Minneapolis cable access television. As the title suggests, some fairly outrageous stuff takes place on the show—when you have no idea how many people are watching you, you take liberties. Several of my fellow cast members were in the audience at Tuesday night’s performance of Avenue Q at the Orpheum Theatre, and while I can’t say I detected any sense of deflation, it can’t help but feel a little less thrilling to be simulating sexual acts on late-night TV with a toy robotic dog when you’ve just sat among thousands of well-heeled patrons at one of Minneapolis’s most prominent theaters watching naked puppets participate in a vigorous 69.

Avenue Q was created in 2002 as a rollicking, unmistakably adult version of Sesame Street. It’s become one of the century’s most popular Broadway shows, and even after several years it continues to feel fresh and sharp. Tuesday night was the second time I saw the show—I caught it in 2008 on its previous Orpheum stop—and this time I paid attention to try to figure out just what it is about the show that feels so rich and rewarding despite a premise that might in other hands wear thin even over the course of 45 minutes at the BLB.

The plot follows several characters—as on Sesame Street, the cast comprises a mixture of puppets and humans—as they struggle with their various life issues. Princeton (Brent Michael DiRoma) is a young college grad looking for his purpose in life, Kate Monster (Jacqueline Grabois) is frustrated in her job as a kindergarten assistant, Brian (Tim Kornblum) and Christmas Eve (Lisa Helmi Johanson) are working out the kinks of newly-married life, and their superintendent Gary Coleman (Nigel Jamaal Clark) is dealing with all the things you might imagine would plague Gary Coleman. Rod (DiRoma) and Nicky (Michael Liscio, Jr.) are a Bert-and-Ernie-like pair with the homosexual tension made painfully manifest, while Trekkie Monster (Liscio)—sort of a combination of Oscar the Grouch and Cookie Monster—happily stays up in his room and masturbates to Internet porn.

Why is Avenue Q so good? Well, to start with, everything works. The writing is tight and funny, the songs are great, the cast is spot-on (as these experienced road warriors should be), and the visual effects are deployed sparingly, so they astonish rather than bore. Director Jason Moore keeps things moving at a good clip, but leaves the performers time and space to demonstrate their flair and chemistry.

What really impressed itself on me this time, though, is that Avenue Q is not a satire of Sesame Street, as on first blush it seems to be. It struck me that it’s the sort of thing you might imagine the Sesame Street team coming up with after hours, and I was unsurprised to learn that Avenue Q creators Robert Lopez and Jeff Marx both worked on Sesame Street. That show has its own wicked, iconoclastic streak: it was pioneering in its inner-city setting, its acknowledgement of children’s psychological complexity, in its multiracial cast, and in its occasionally sarcastic humor. Avenue Q simply pushes that envelope to its logical extreme, leaving intact Sesame Street‘s essential message: if you feel messed-up, that’s okay. You’re not perfect, but the kid next to you just picked his nose with a crayon. And ate it.