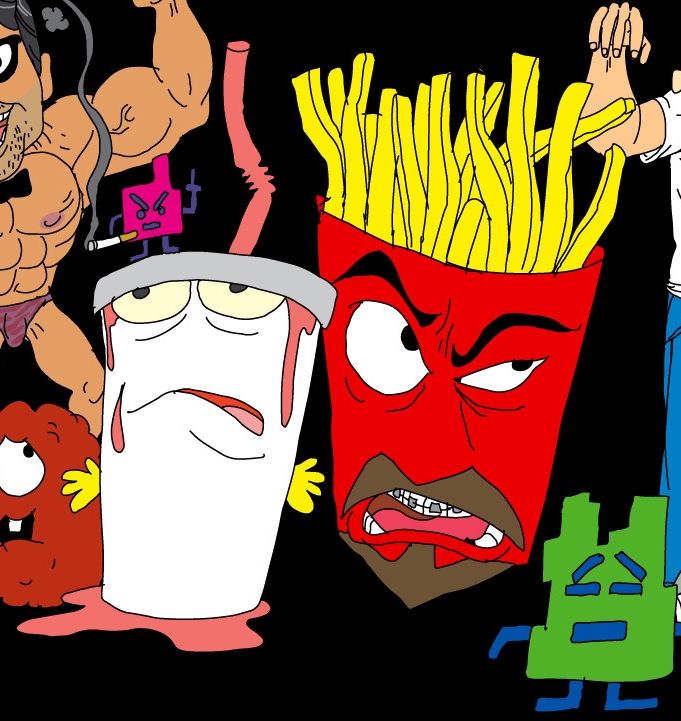 On Thursday, April 29, the Aqua Teen Hunger Force—heroes of the most popular show in the Cartoon Network’s Adult Swim series—visited the Pantages Theatre in Minneapolis. Stars of the show Dave Willis (series creator, and voice of Carl and Meatwad) and Dana Snyder (voice of Master Shake) did a spectacular job of turning a cartoon into a live show, and had the whole audience laughing out loud.

Retaining the incohesive and bizarre mood of the television show, Snyder and Willis put on an old-fashioned variety show, Aqua Teen style. They sang original songs, did stand-up comedy with puppets of characters from the show, and showed clips of episodes. Willis did a roast of Minnesota in the voice of Carl, saying our skyways are like gerbil tubes and that the Metrodome is covered in a garbage bag. At one point the third star of the show, Carey Means (voice of Frylock) appeared via “live” satellite while he was sitting on the toilet.

The audience got a taste of another Adult Swim show, Squidbillies, with Dana Snyder as the voice of Granny Cuyler; the segment featured a member from the audience and a creepy squid puppet. Throughout most of the show there was a very convincing Carl lookalike sitting to the side of the stage eating chicken wings, who would interrupt the show usually with ridiculous non sequiturs.

Towards the end of the show, audience members were invited up on stage for a “Show us your Meatwad” competition to see who could do the best Meatwad voice. Willis and Snyder ended the show by screening the very funny 100th episode of Aqua Teen Hunger Force, which debuted on Adult Swim on May 2nd.