At the merch table in the front room of The Varsity Theater, while coolly perusing the (ironically?) Misfits-inspired t-shirts, I casually waited for a chance to strike up conversation with Ian Devaney—lead singer of The Static Jacks, the opening act for headliners The Wombats—at Monday night’s full-throttle show. By observation, Devaney’s off-stage demeanor caught me off guard; he was reserved, even delicate, face to face. But like any good front man, when the lights are on and the stage is open, he used every bit of available space to crouch, hover, flail, bounce, and wring his hands passionately above his stock of Jerry Lee Lewis-like curls.

Over my shoulder, Devaney caught a glimpse of a member of Howler—local band on the rise—instead, and nudged one of his more outgoing bandmates who recognized the group immediately. “Oh, hey guys! Thanks for coming out—that’s awesome of you.”

Suddenly I felt like the awkward little sister at the party I got a pity invite to.

As it turns out, Howler isn’t the only Minneapolis band that The Static Jacks have ties to. After a friendly chat with drummer Nick Brennan, I found out that they also played on Tapes ‘n Tapes recent tour with Howler. All very interesting when you consider what they said during their set: “We’re so glad to be here in Minneapolis. This is the furthest west we’ve ever been!” At that moment, fueled by the endearing first-timers, the crowd became determined to show them a good time. Playing mostly from their new album If You’re Young, I started to understand, with their clear Brit-pop influences and sing-talk to a breaking point vocals, why they were the supporting act for an insanely upbeat Liverpuddlian band like The Wombats. Though angstier and slightly less danceable than their headlining counterparts, The Static Jacks draw close comparisons to bands like Tokyo Police Club and The Bravery and their album is well worth a listen.

The Wombats took to the stage with major gusto, diving right into singles from their new album This Modern Glitch as well as their 2007 effort A Guide to Love, Loss, & Desperation. It only took two songs in to get the vast majority of the audience (myself included) into soul clapping and chanting, “Though I’m acting like I’m in an EastEnders episode/ If this is a rom-com/ Kill the director.” Lead vocalist Matthew Murphy writes and performs music with a broad appeal that is virtually impossible to not move your feet to. Every person I have ever played The Wombats single “Techno Fan” for (a definite high point in the set) has asked the standard follow-up questions that indicate burgeoning fanhood, not matter their musical preference. I was actually surprised that “Techno Fan” was not saved for the encore, but as they tore through the We Are Scientists-reminiscent “Last Night I Dreamt” and synth-pop heavy “Tokyo (Vampires & Wolves)” it became patently obvious that they would close by cleverly asking the audience to join them in “Let’s Dance to Joy Division”.

Sweaty from dancing and singing along about Bridget Jones, I stepped outside for a breather toward the end of The Wombats set. The Static Jacks guitarist Michael Sue-Poi nodded in my direction. “You look so familiar,” I said in that vague and obnoxious way that someone does right before they tell you you look like their roommate from freshman, no sophomore, no freshman (!), year of college. “Yeah,” he said, knowing where this was going. He pointed his chin down, looked directly at me with the whites of his eyes, and kindly placated me by deadpanning, “The schnozberries taste like schnozberries.” Mystery solved. 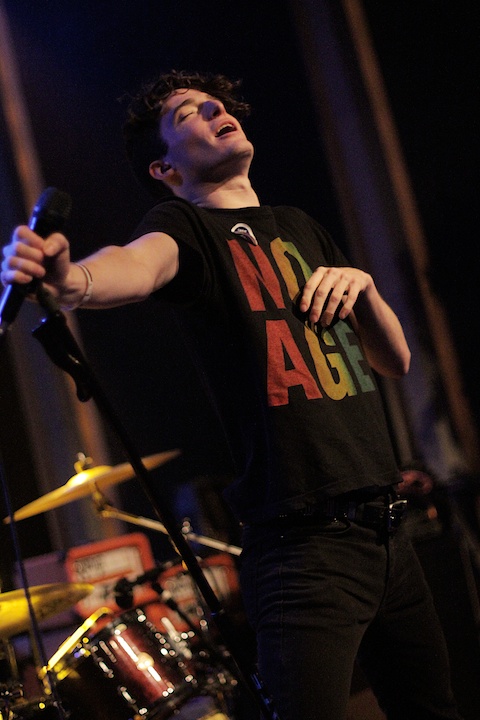 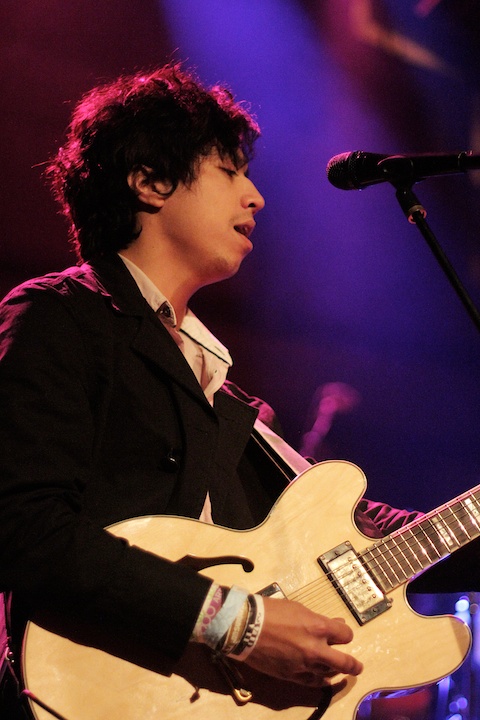 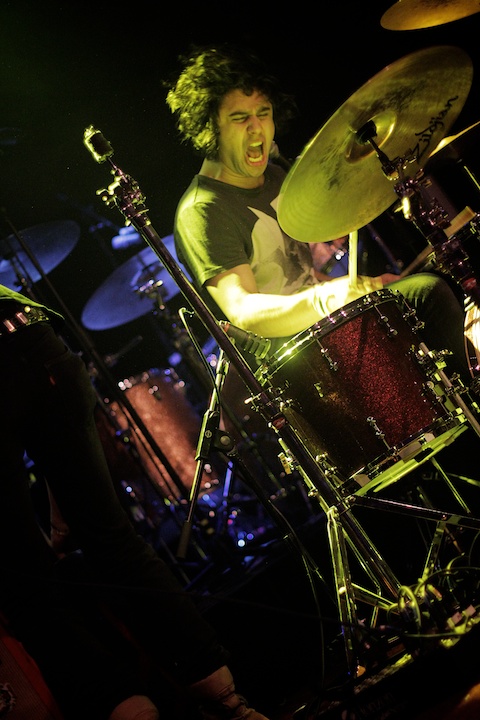 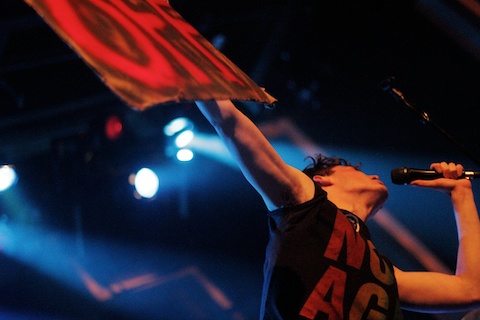 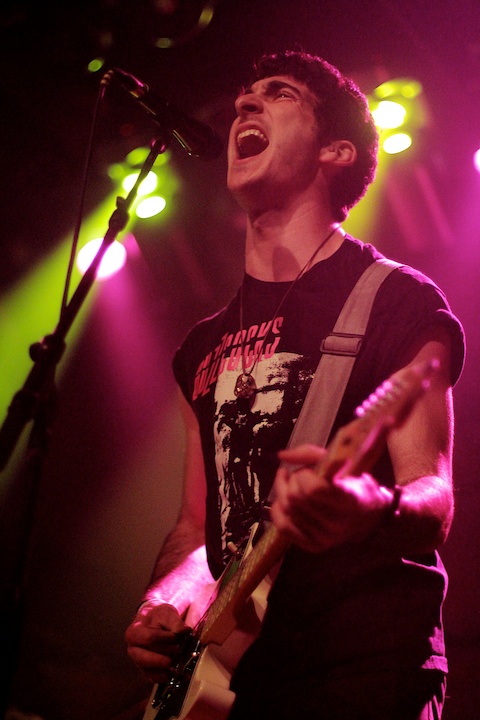 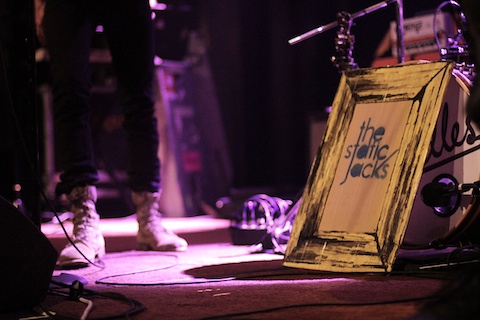 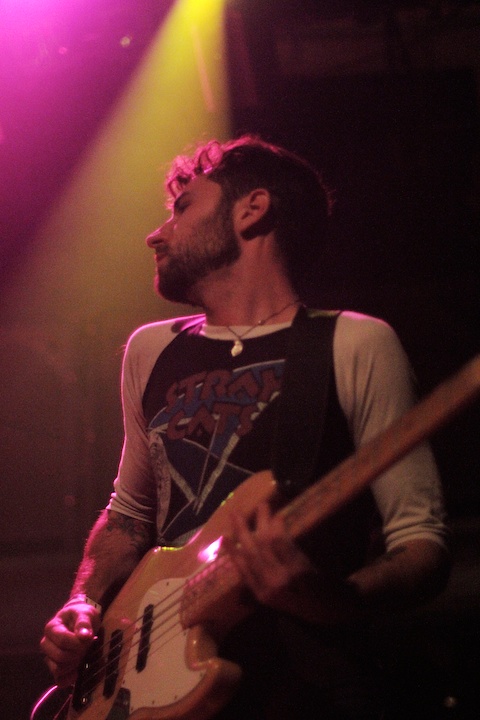 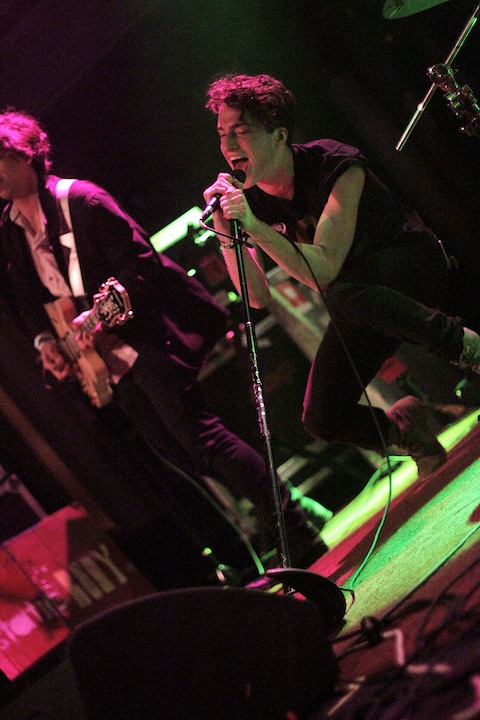 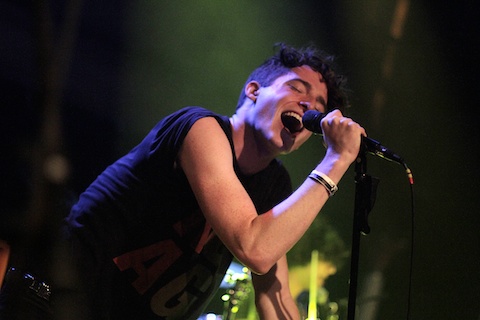 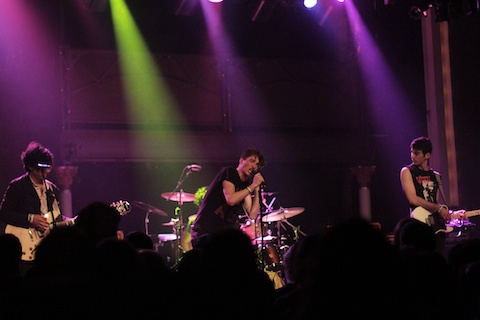 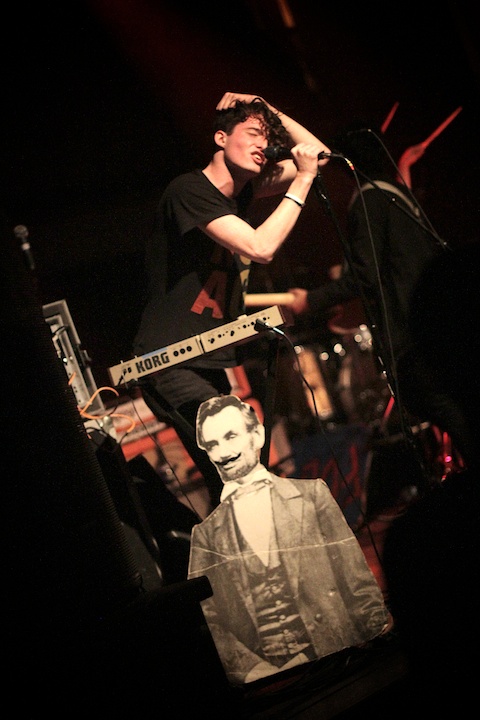 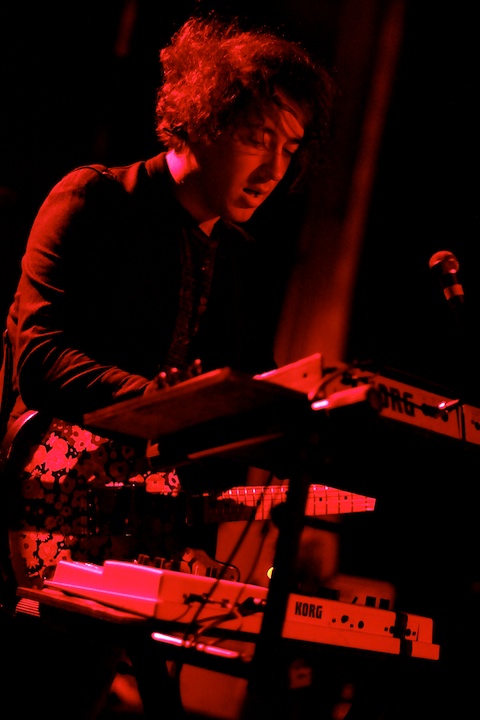 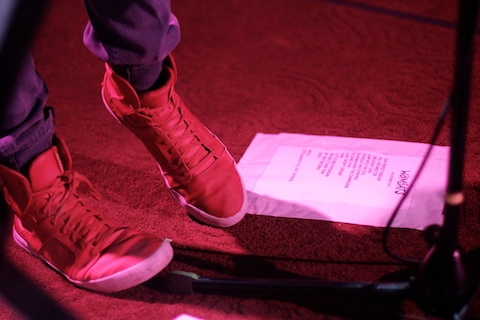 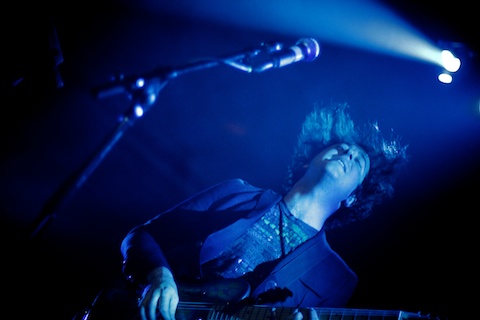 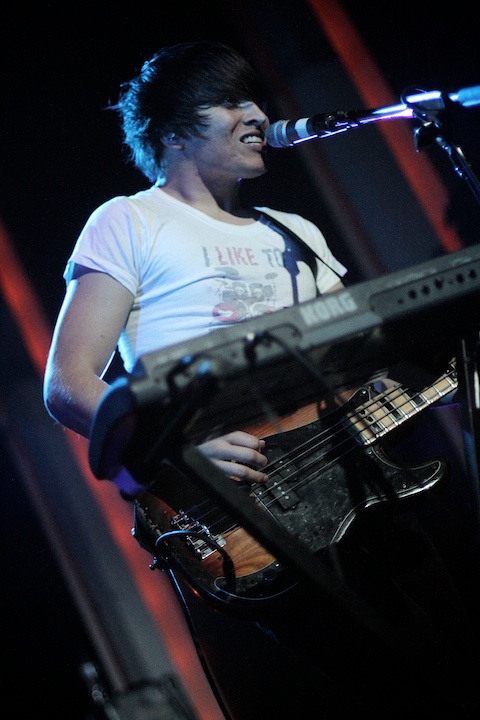 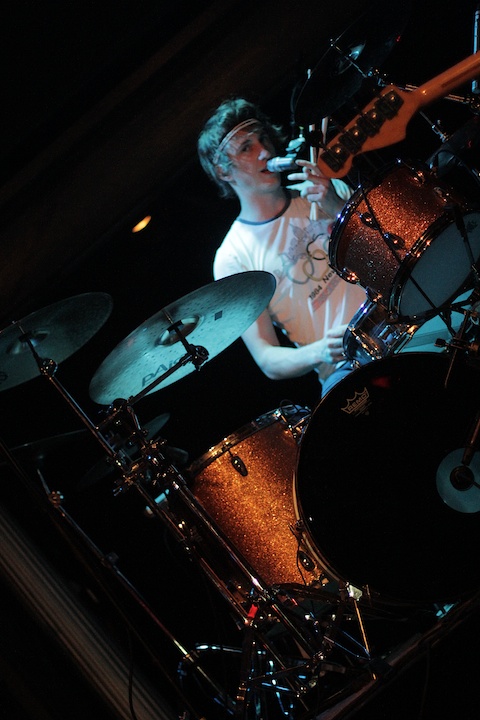 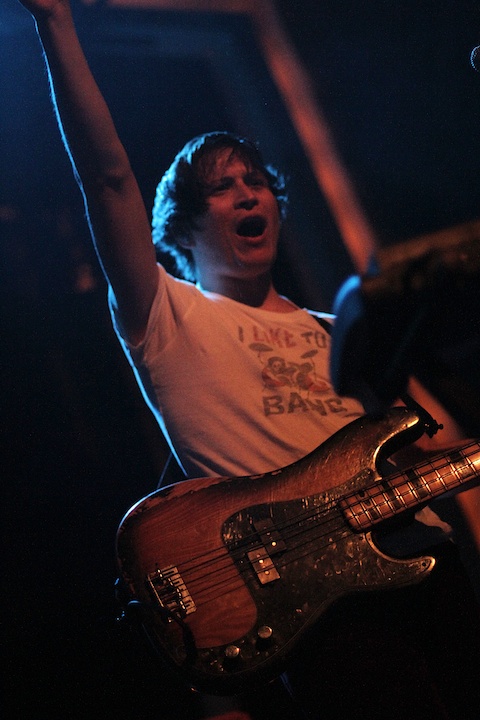 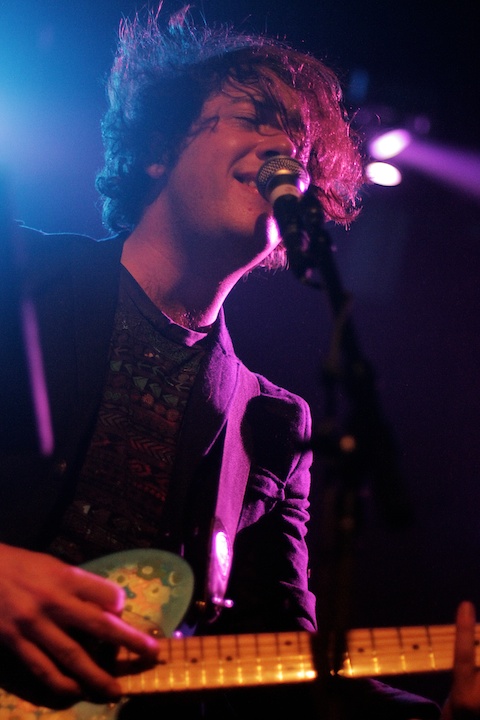 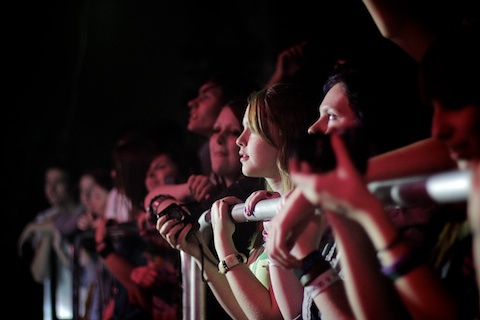 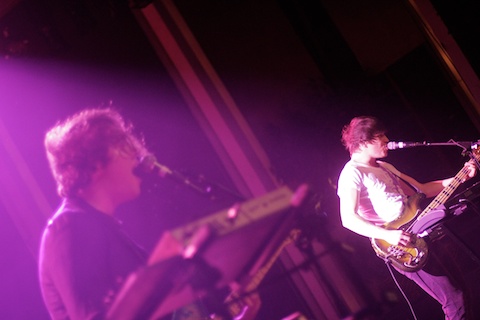 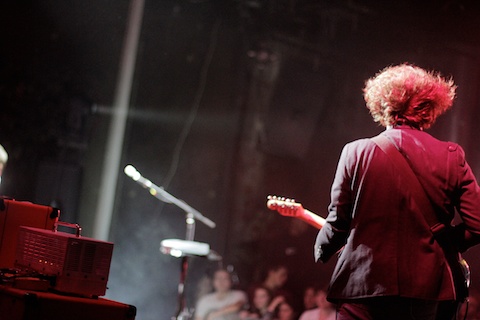