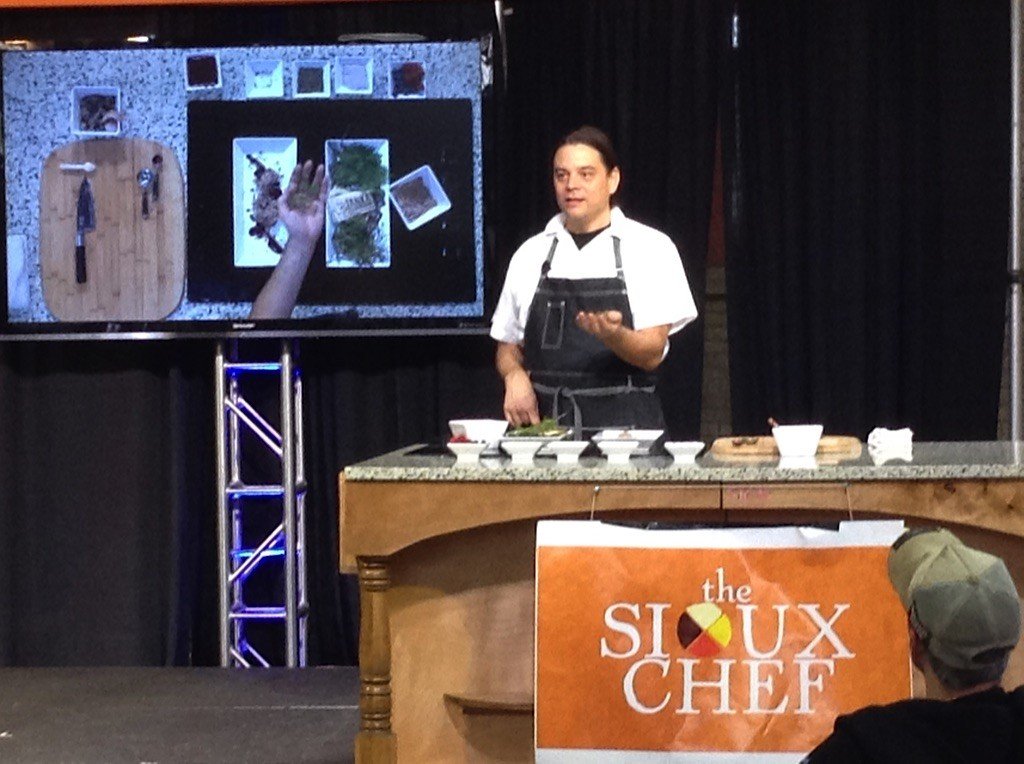 The city of Minneapolis is anxiously anticipating the opening of The Sioux Chef’s first venue: Tatanka Truck.

Sean Sherman (Oglala Lakota) made waves over the last year by introducing his unique approach to Indigenous cuisine. Born and raised on the Pine Ridge reservation in South Dakota, he attended college at Black Hills State University. Part of his drive to create an Indigenous cuisine, free of processed sugars, dairy or flour, came from just being a chef in Minneapolis since the early 2000s,

“I had been cooking since I was 13 in the Black Hills, in tourist restaurants. And I thought It was silly that there was no Native restaurants,” Sherman said. “There were fusion recipes like buffalo burgers, wild rice risotto and pumpkin cake,” but nothing truly spoke to traditional Native food.

Sherman’s approach has also been respectful of the regional culture of the Ojibwe and Dakota people and will be reflected in the offerings of Tatanka Truck. “I’ve been surrounding myself with awesome foods and learned how people were preserving things. I learned about the ancestral food cache. For us around here, there’s lots of wild rice, corn products and all the produce that people were growing in the region. The meats are easy. We’re serving bison, turkey, duck, walleye, smoked lake fish and on occasion, rabbit.”

Sherman’s efforts are a result of his work with Little Earth of United Tribes. After he signed on as a consultant, community officials such as Robert Lilligren (White Earth) and Nathan Ratner have helped him to begin his work at serving Native dishes while being a driving force for the urban Indian community. “The biggest thing is that this is going to be for the community, to show them that we have really healthy, interesting foods. We’re looking to hire Native people from across the community,” Sherman said.

His team also includes Dana Thompson, who helps with his business strategy and Christine Werner, responsible for the food management for Tatanka Truck.

The food truck has been secured and now Sherman, Little Earth and the rest of the team await licensing from the cities of Minneapolis and St. Paul. The menu is being finalized and features products from locally-sourced vendors like the Red Lake Fishery, Dream of Wild Health and Wozupi Tribal Gardens.

For more information on Tatanka Truck, including its schedule for the summer, visit www.tatankatruck.com or visit their social media pages on Facebook and Twitter.