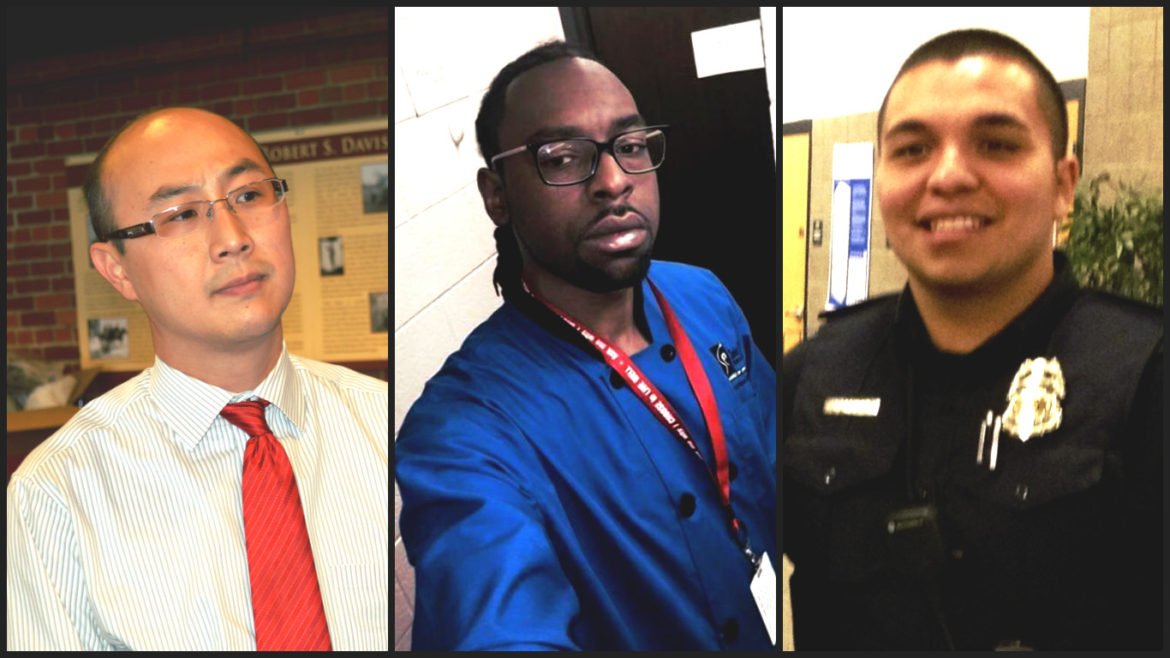 Since 2015 we as a nation have witnessed more than 900 extrajudicial killings of people of color – 491 of them Black – at the hands of law enforcement. Though the names of the slain ring out over social media, the demands for police accountability, visibility and justice are often left unanswered. Other than the race of the victims, these cases have another troubling pattern: more often than not, the cops as well as the lead prosecutors and judges participating in these incidents are white.

With a political system that upholds white supremacy, white cops have received preferential treatment and biased protection under the law. In Baltimore, Freddie Gray’s death was ruled a homicide, yet he had no murderer. In Texas, Sandra Bland died in police custody and yet no officers were at fault.

Before there’s an indictment let alone trial, white cops see their fates weighed by white prosecutors. In St. Louis County, Missouri, home of Ferguson, it was Bob McCulloch. On Staten Island, it was Daniel Donovan. In Cleveland, it was Tim McGinty. Even in Minneapolis, the case of Jamar Clark’s death was closed by Mike Freeman.

This pattern repeats, case after case and year after year.

But in the July death of Philando Castile, the pattern breaks. Not only is Castile’s killer, St. Anthony Police Officer Jeronimo Yanez, Latino, but the prosecutor at the helm of the case, Ramsey County Attorney John Choi is Asian. Through November and December, the presiding Judge Edward Wilson was Black. Even though all these men are of color, they are operating within and are simultaneously harmed by systems of white supremacy.

Officers of color fall through the cracks of “blue” brotherhood

Convictions of police officers by juries are rare throughout the United States. While charges were filed against officer Yanez for manslaughter in November, the decision to prosecute has come under fire. Some within communities of color question whether or not Yanez would’ve been indicted had he been culturally European/white. That’s not to say that folks don’t believe Yanez is above reprehension, but rather they’re calling out the irony between the privilege non-black officers of color experience due to their positions on the racial hierarchy and the reality that whiteness is a fickle construct that only preserves itself. Like in the infamous case of self-appointed watchdog, George Zimmerman in the death of Trayvon Martin, Yanez may have also been expected to draw upon privileges from his perceived proximity to whiteness, especially as an obedient agent of an institution that suppresses and preys upon blackness (with death being the most severe outcome). Yanez’s indictment exposes the flaw in this thinking and conditions of his Latino identity.

In one of the few cases of police shootings where another officer has been convicted, the officer in question was a person of color. On Nov. 20, 2014, New York Police Officer Peter Liang shot unarmed black man Akai Gurley in a stairwell in the Louis H. Pink Houses public housing complex. Liang was convicted of manslaughter and official misconduct but served no jail time. While the jury found Liang guilty, in a strange move the judge arbitrarily ruled that the shooting was an accident and reduced the sentence to one less severe: probation and community service.

Asian American Activist and writer Jenn Fang expounds on this point in her Feb. 26, 2015, blog post:

“That Officer Liang was indicted should not be surprising to us: as a man of color, Liang is marginally less likely to be viewed as a sympathetic figure by a jury than white officers are… This indictment has provided undeniable evidence that white privilege exists, and that it protects white police officers in a way inaccessible by police officers of color.”

Yet even as Yanez faces charges in a way no white Minnesota police officer has, he is protected by his position of authority and privilege. Yanez is still on administrative leave, and was not arrested in light of the charges.

The complexities of Yanez’s race in relation to his position of power as a police officer offers a possible explanation for his treatment in this case. The tension with his Latino identity is that he is one of the few officers involved in extrajudicial killings to be charged, a fissure in the police wall of silence and blue brotherhood. Assistant professor of Chicano studies at the University of Minnesota, Jimmy Patiño, explains the dilemma Latinos face trying to navigate law enforcement and criminal justice within a system built in a white-black paradigm.

“Being Latinx in the U.S. means that we are often, racialized as non-black. In this case white supremacy can use non-black people of color to reinforce white supremacists systems. The case of George Zimmerman speaks to the fluidity of race for Latinx people. Zimmerman in effect became white by killing a black kid, drawing from ‘color blind’ Florida [Stand Your Ground] legislation that protects white authority. Zimmerman or Yanez in a different situation where they are challenging white authority would very quickly become brown,” Patiño said.

Zimmerman was able to pursue and profit from his perceived whiteness, particularly as a fair-skinned Latino. In response to the Zimmerman verdict Asam Ahmad wrote, “These are all realities of this case, and they are realities of a hierarchy that accords privilege and oppression on the basis of the amount of melanin in our bodies.”

The killing of Castile presents yet another important questions about the nature of policing. Mel Reeves, a Twin Cities-based activist and co-founder of the Twin Cities Coalition 4 Justice, argues that the usual community responses to police violence, like forming civilian commissions, have serious limitations.

“Police serve the interests of capital and policing workers. The structure can’t be trusted,” Reeves said.

Leading the prosecution for the case is Korean-American Choi. Having served Ramsey County as chief prosecutor since 2011, Choi made history as the first Korean American in the United States elected to such a position. He has garnered top honors among his peers for distinguished public service. He served as St. Paul’s City Attorney for four years, and also saw success in the private sector.

And yet, despite Choi’s demonstrated leadership, local media commentary about him and his decision to charge Yanez are riddled with stereotypes. Major publications characterized Choi in ways consistent with Asian American model minority myths. In the Star Tribune, Choi is an “analytical and understated figure.” In a column for the Pioneer Press, Ruben Rosario describes Choi as a “sharp-as-a-tack, poker-faced kid.”

Eunha Jeong Wood, an activist and community organizer with the group RadAzns, points out that such descriptions come from orientalist stereotyping.

“Calling a county attorney ‘a kid’ is paternalistic and generally children are described as being, ‘sharp as a tack,’ not adults,” she said. In particular Wood argues that, “poker-faced” and “close to the vest” insinuates cunning and gambling rather than professionalism and poise, another common characteristic associated with orientalism.

That’s not to say that Choi’s decisions are undeserving of scrutiny. He charged Yanez with two counts of dangerous discharge of a firearm for endangering surviving passengers Diamond “Lavish” Reynolds and her daughter. And yet, Yanez was not a danger enough to be taken into custody before his trial.

While it’s important to hold elected officials accountable as they make decisions, it’s equally important that the critiques, feedback and even the praise do not center language that undermines these officials based on harmful stereotypes.

The complexity of multiple truths

The killing of Philando Castile prompts us to, as Wood describes, “hold the complexity of multiple truths.” In an environment where so few cases lead to convictions, the racial disparities and targeting of Twin Cities residents of color leads to impunity by officers sworn to protect private citizens but instead protect the interests of capital and white supremacy. As we come together and form our own communities of resistance, we have to to keep in mind the multiple truths of our individual and collective relationships to white supremacy.

Are these systems using us to make them seem more just? What does preferential treatment look like when some of us are non-Black or more white-passing? It is important, albeit uncomfortable, to ask whether Yanez is to be prosecuted because he is an officer of color. It is important to ask why our white Gov. Mark Dayton can discuss how racism was a factor in Castile’s death, and yet a judge can be pulled from presiding over Yanez’s trial just for being Black.

Ultimately killer cops and the prosecutors who investigate them need to be held accountable. However, with the complicated racial dynamics of the Castile case, there is a lot at play for communities of color. The Castile case challenges us to consider the disparate ways white supremacy interacts with us all.

[Correction, Jan. 9, 2016: This story has been corrected from a previous version about the nature of the Nov. 16 Ramsey County Attorney’s press conference. John Choi did not hand the podium over to Rick Dusterhoft.]