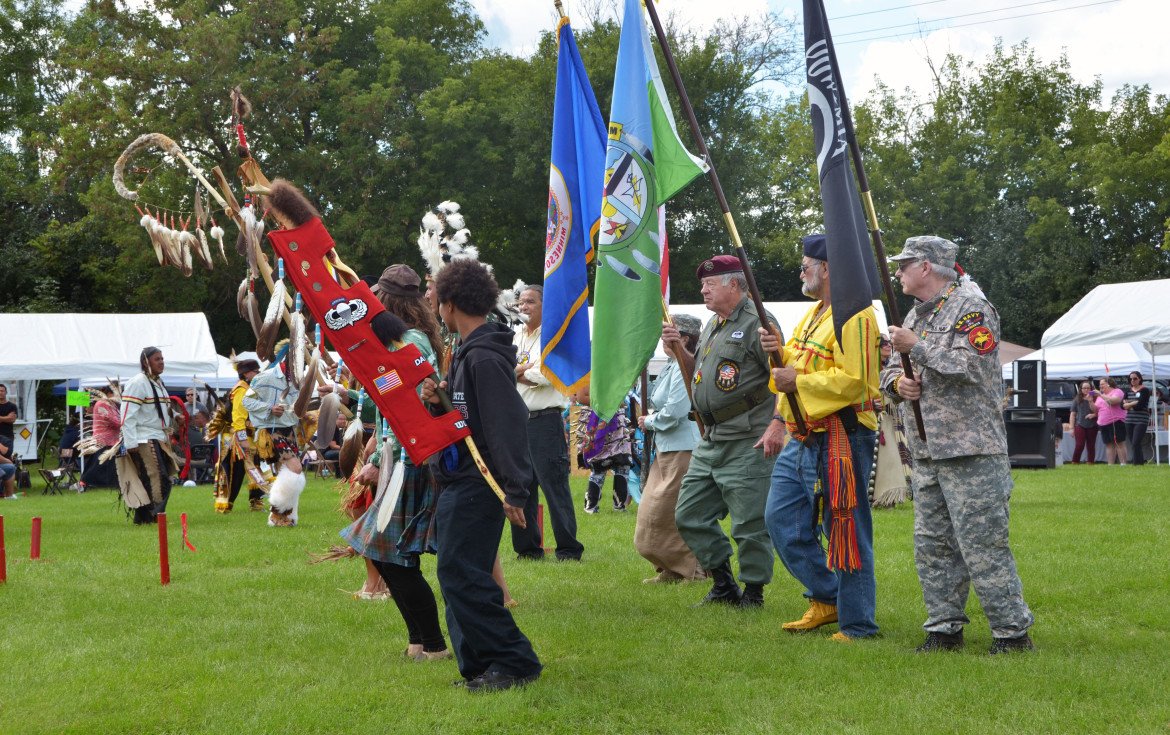 All photos by Mark Peterson

Like many Dakota stories, this one begins in 1862, at the outset of the U.S.-Dakota War: Little Crow’s starving warriors took up arms against white settlers in the Minnesota River Valley in attempt to regain their former empire. The disastrous six-week campaign resulted in defeat for the Dakota, who were rounded up, imprisoned in concentration camps, hung in mass and forced from the state under threat of death.

Oral tradition, documentaries, dramatizations, books and articles have told this story repeatedly—and yet the bulk of Minnesota’s non-Indian population remains happily unaware of the genocide upon which the state was established. Where education systems have failed to convey the truth, events like the Mendota Mdewakanton Dakota Wacipi provide rich opportunities for Minnesota’s citizenry to learn their history.

The annual gathering on the grounds of St. Peter’s Church in Mendota—billed as a small, traditional powwow where all are welcome—is much more than a reunion of Mendota Dakota families and a few thousand dancers, singers, vendors and friends. It is an intricate portrait of the Mendota Mdewakanton Dakota community’s entire journey—from original creation to the present, where they struggle to gain federal recognition of their Dakota status.

“Our ancestors were considered friendlies, same as our relatives at Prairie Island and Shakopee. But the federal government, and our Dakota relatives, have ignored the Mendota Mdewakanton community because we were not full bloods, or even half-bloods,” says Sharon Lennartson, the community’s chairwoman.

The American Fur Company established a post in Mendota in 1825, across the Minnesota River from the newly constructed Fort Snelling. Most Community members are the descendants of white fur traders and military personnel who married Dakota women.

Because of their mixed heritage, and location within a dense population center, the Mendota Dakota say they were able to assimilate more easily than some of their relatives. This made it possible for them to remain in Minnesota, even after the majority of Dakota people were exiled to prison camps in present day Iowa and South Dakota following the 1862 war.

Today there are approximately 250 known community members, many of whom attend monthly meetings in Mendota. Members maintain the organization, paying monthly dues and contributing donations. Because of their longtime proximity to the sacred Bdote—the confluence of the Minnesota and Mississippi Rivers (site of a Dakota creation story)—the Mendota Dakota see their presence as vital to the protection of the Dakota Nation’s most spiritually sensitive areas.

Where just a few decades ago, during Chairwoman Lennartson’s grandmother’s generation, the entire Mendota area was composed of Dakota families, the Community today is fighting to retain a toehold in its ancestral homeland. Of the 200 residents recorded in the most recent census, only 2% were Native American. The Community maintains a 200 sq. ft. office behind Greg’s Barbershop. 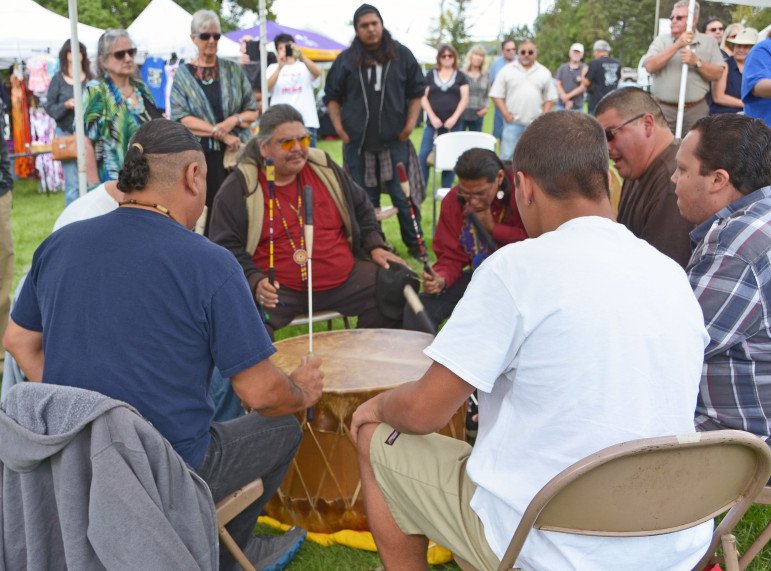 Lennartson says they are in danger of losing their tiny space, however, because the building, which also contains the Mendota Post Office, is scheduled to close at the end October. In the small town, there are few options for a continued business presence. The Mendota Mdewakanton Dakota community is negotiating with the Minnesota Historical Society to rent space at the DuPuis House. The historic site is the former domicile of Hypolite DuPuis, an administrator for the American Fur Company in the 1840s and 1850s. DuPuis is remembered for having raised Louis Allard, a mixed-blood Dakota girl counted among the ancestors of today’s Mendota Dakota Community. The DuPuis house sits in the shadow of the manor built for fur trader and slave owner Jean Baptiste Faribault in 1839.

The wacipi grounds are surrounded by several other landmarks important to Dakota and Minnesota history. The event is held on land owned by St. Peter’s Church, Minnesota’s oldest Catholic Church, originally built as a log cabin in 1841 to care for newly arriving settlers and convert the Dakota. “The churches liked to build on our sacred lands,” Lennertson said. “As far as our community is concerned, all of the land in Mendota is sacred.”

Next door to St. Peter’s stands Sibley House, the former residence of Henry Sibley. Sibley was elected Minnesota’s first governor after leading the genocidal campaign against the Dakota. He also headed a military commission that convicted, and sentenced to death, 307 Dakota men for putative war crimes. President Abraham Lincoln ultimately signed off on the death warrants of 38 Dakota men, who were simultaneously hanged in Mankato on December 26, 1862.

Under the protection of friends and non-Indian family members, some families remained along the river in Mendota. They took their ceremonies underground, Lennartson said, even after some Dakota people signed pledges to give up their “heathen” ways. The Santee Sioux Tribe agreed to build our people houses in Mendota in the 1930s, as long as they agreed to convert to Christianity.

“This is the 16th annual Mendota Mdewakanton Dakota wacipi. It was started by my nephews Mike Scott and Jim Anderson. When it began,” Lennartson said, “they figured it was the first wacipi to take place at Mendota in over 100 years. They had about 10 dancers, and no money. They had to sell a few items after the dancing began and then run off to the store to get supplies.”

Lacking federal recognition and the sustaining aid that comes with it, the Mendota Mdewakanton Dakota Community continues to struggle financially. Lennartson said they are hopeful that, with the help of their pro bono attorney, this will be the last wacipi for which they must scramble to make ends meet. “The government has recently relaxed some of its rules for tribal recognition. We believe our status will be confirmed before the end of the year.” 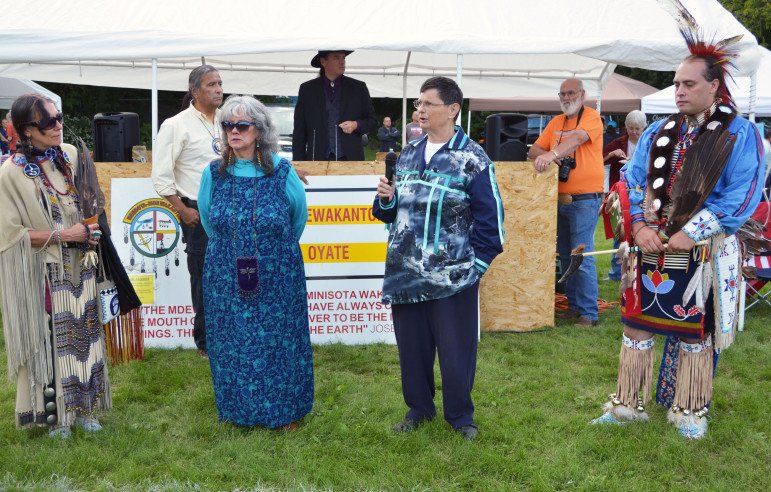 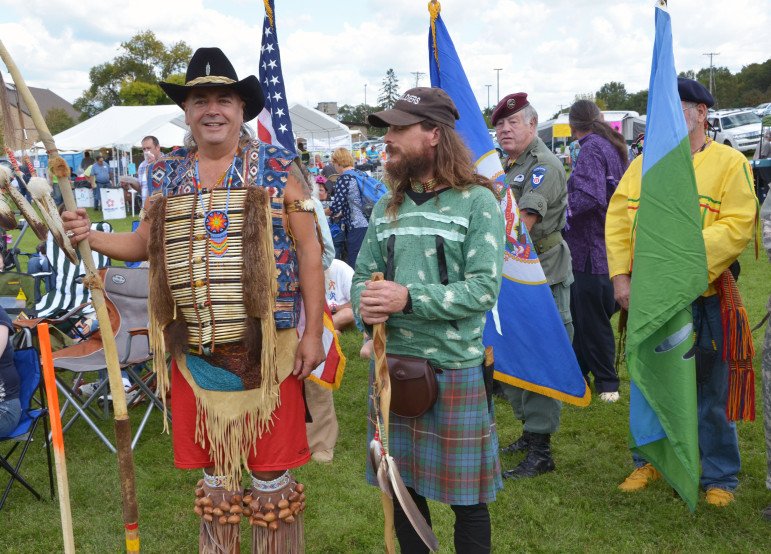 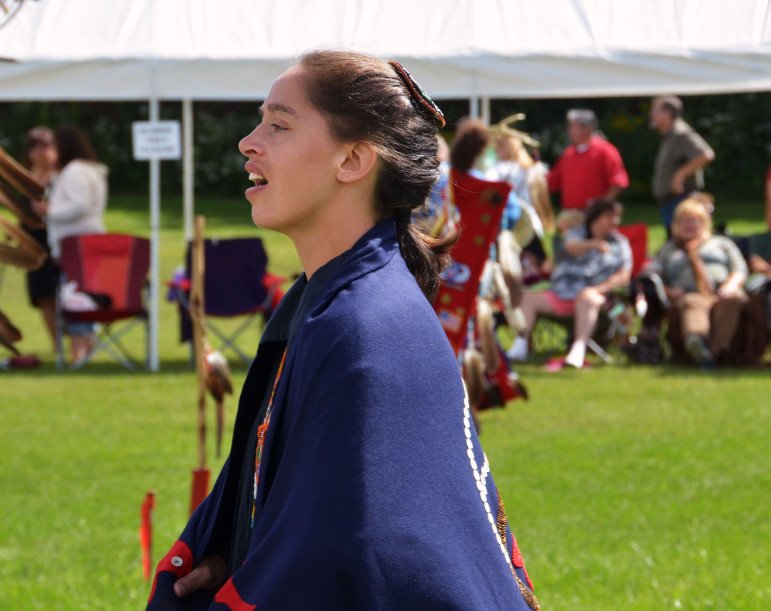 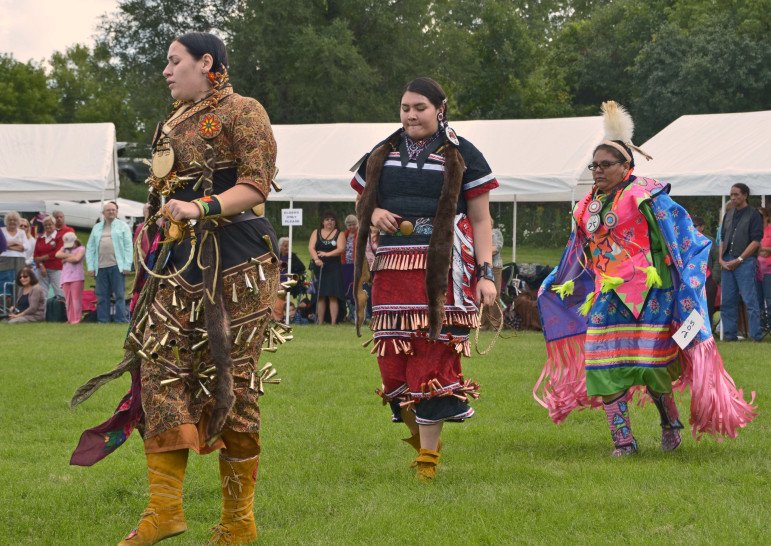 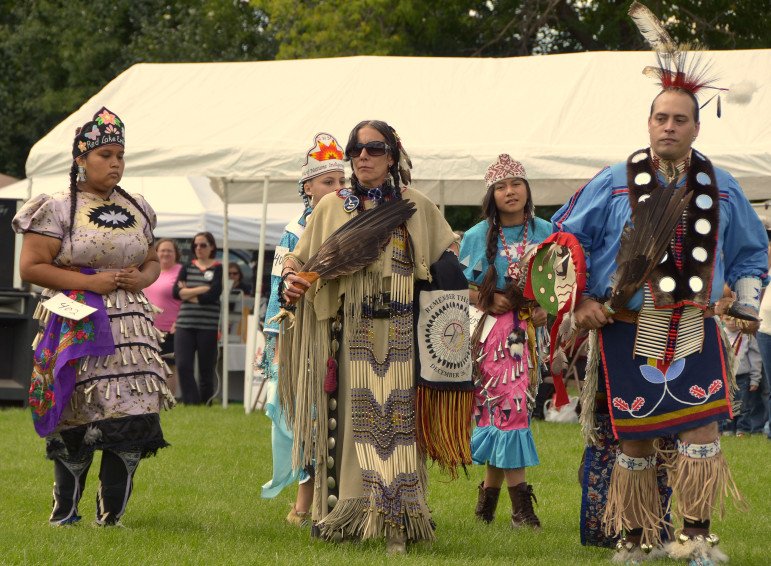 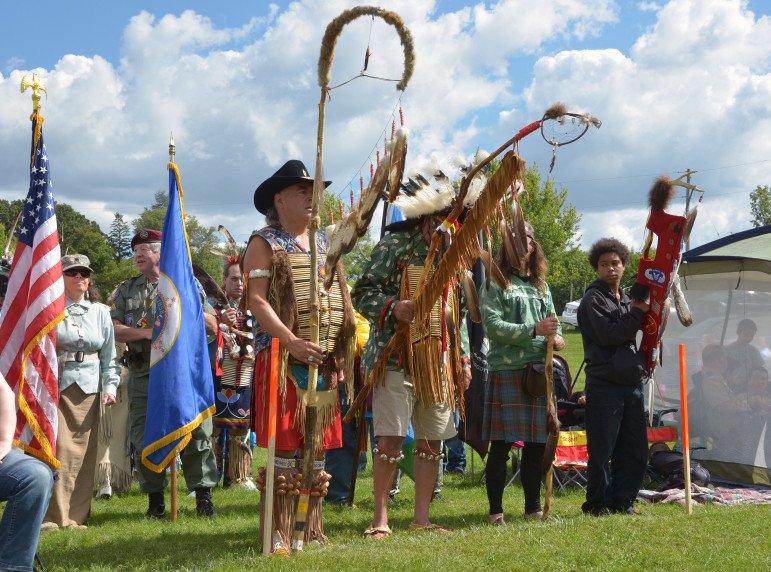 Communities
Jon Lurie
Do NOT follow this link or you will be banned from the site!
X