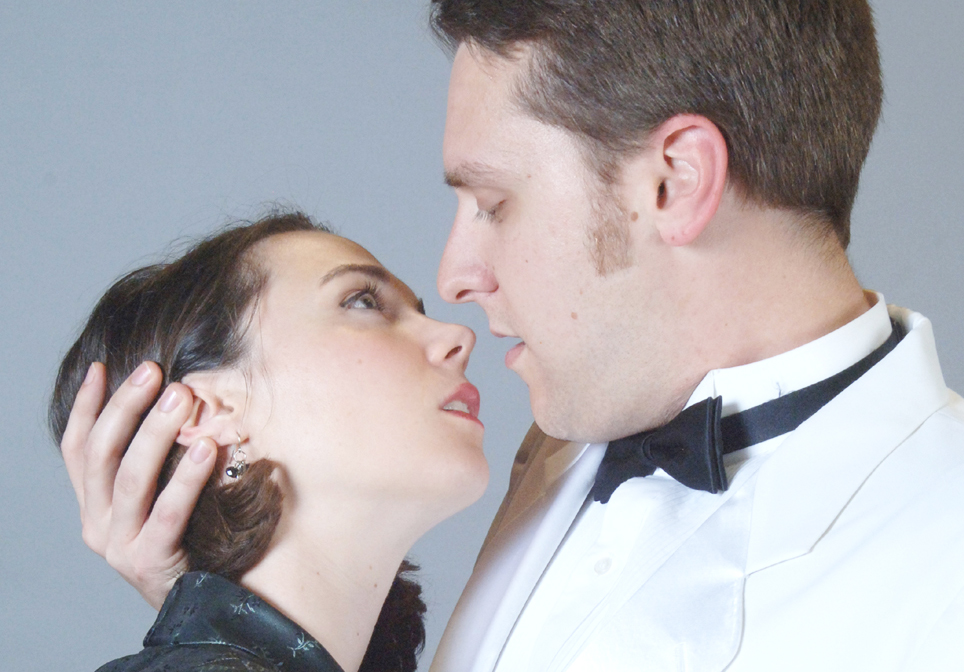 Photo by Act One, Too, Ltd., courtesy Theatre in the Round

When used to describe work by Agatha Christie, “classic” is not always a compliment. Though Christie remains one of the most recognized names in 20th century literature, her work tends to be regarded as a guilty pleasure, a phase you pass through before discovering more artful writers. (She also made the poor career move of failing to die young, churning out a large body of late-career work of diminishing quality.) A guilty pleasure, though, is still a pleasure—and there’s a lot to enjoy in Theatre in the Round’s current production of Christie’s The Hollow.

Christie herself adapted the script from her 1946 novel about a philandering doctor who gives a lot of people a lot of reasons to kill him before one of them finally does. Dr. Cristow gets a lot of stage time for a murder victim, and Nicholas Leeman does a nice job with the character, playing big in contrast to the small world in which the story is set—Cristow’s wife Gerda (Heidi Berg) is the only suspect who isn’t related in some degree to the Angkatell family.

The acting matriarch of the family is the batty-like-a-fox Lady Angkatell, played with gusto by Kristen C. Mathisen. She and her husband are hosting cousin Henrietta, an independent-minded sculptor given full dimension by the always-superb Rachel Finch, in whose relatively near future I see an emerging-artist Ivey. Other notable performances in this strong ensemble cast come from Scott Keely, rock solid as Inspector Colquihoun; and a scene-stealing Lacey Anne Zeiler as the glamorous Veronica Craye.

It’s a long show, and though the crucial relationship between Henrietta and Mrs. Cristow isn’t portrayed as lucidly as it might be (compared, say, to the subtly-drawn match between Henrietta and the ill-fated doctor), director Wendy Resch Novak steers with a sure hand—perhaps most impressively, keeping all those British accents under control. Nobody ever manages to cry very convincingly…but then, who do they need to convince? Everybody knows that everybody else had a good reason to want the doc dead. When you cause Cupid to loose so many arrows, eventually you’re going to get shot.