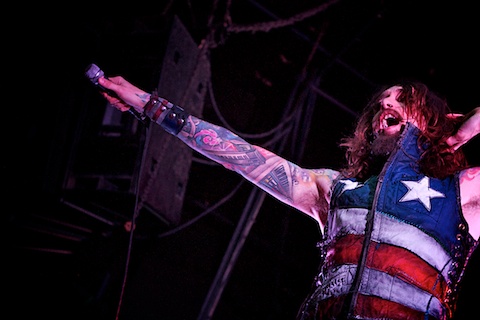 Justin Hawkins of the Darkness

The first unmistakable wave of 2000s nostalgia I’ve experienced at First Avenue came courtesy of a band who could have stepped straight out the 1970s.

For those of us too young to remember when First Ave was Sam’s, the February 12 performance by the Darkness may have been our best opportunity yet to get a pure faceful of glam rock, that largely lost genre where sexual androgyny and hip-thrusting guitar pyrotechnics coexisted. Did the glam rock alchemy work? The fact that two of the definitive “Jock Jams” came from the mouths and jumpsuits of Freddie Mercury and Gary Glitter argues strongly in favor of yes, and the Darkness tap that vein like no other band on the road today.

The UK rockers are back on the road only recently, having gone Behind-the-Music with authentically little delay after their 2003 hit album Permission to Land. Disappointing follow-up, blah blah, rehab, yada yada, spiritual journey, whatever, and here they are: the complete original lineup, back in action before their tattoos have even started to sag, with a new song and a Super Bowl ad to fuel their re-ascent. (Or, as it were, re-Landing.)

The Darkness’s show at First Ave had me shaking my head in pleased disbelief from its first moments: there’s no shortage of glam in today’s pop music (see: Grammys), but you just don’t hear bands punch that Brian May pedal and throttle their axes up the neck while wearing Mad Hatter headgear and pleather pants the way you used to, and the Darkness brought it all back for a wildly appreciative sell-out crowd who were so well-lubricated that there was a long line at the men’s room trough and beers were being poured from bottles into plastic cups before being handed over at the bars. If I questioned the need for that measure, I didn’t once the plastic cups started flying perilously close to our photographer’s head.

Sunday was a big night for hairy men singing in falsetto, but unlike Justin Vernon, Darkness frontman Justin Hawkins isn’t the kind of guy you’d want to bring home to meet your mother—unless, that is, you’d be okay with her throwing her bra at him. 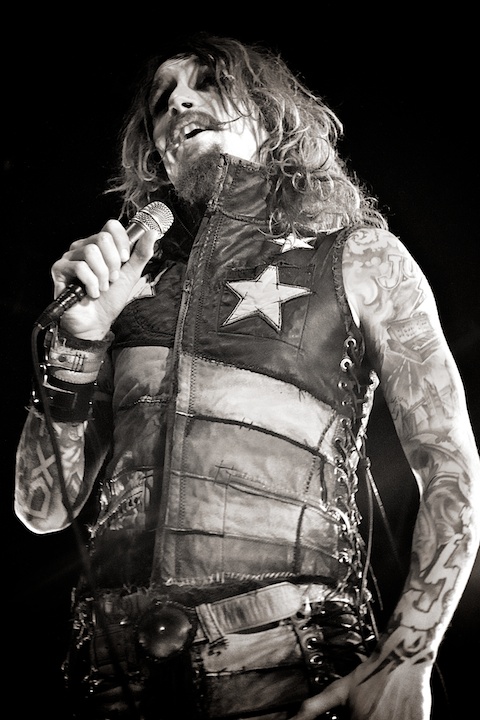 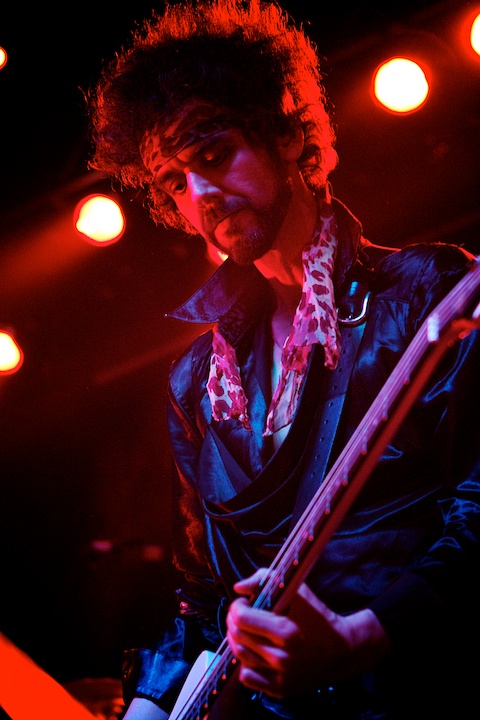 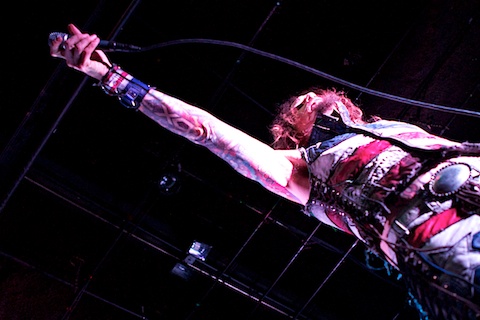 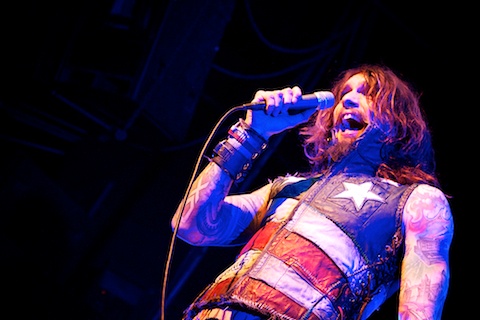 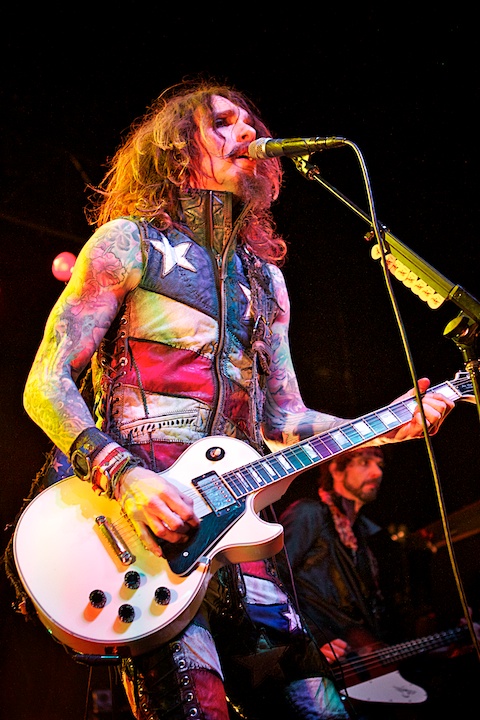 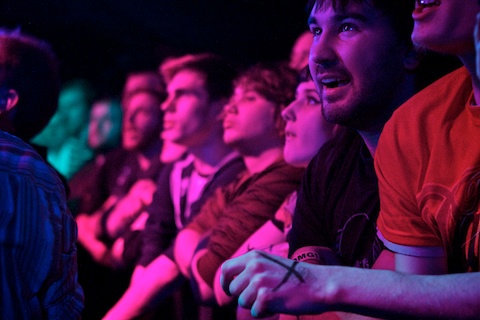 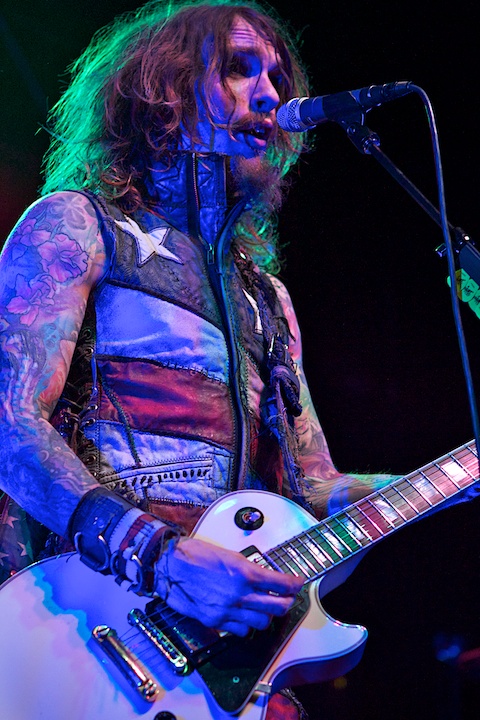 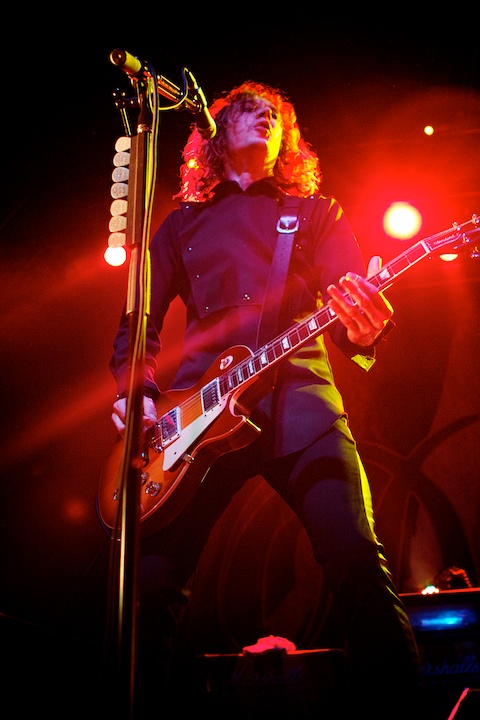 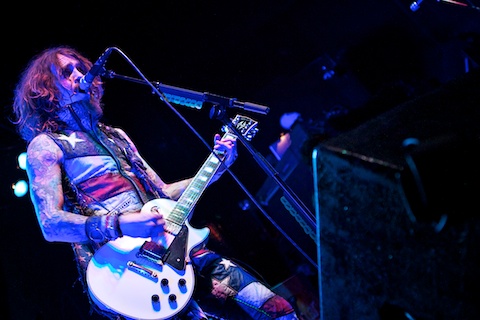 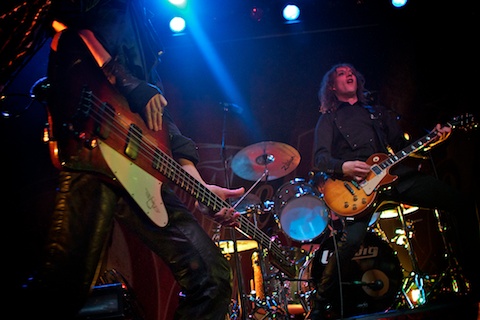 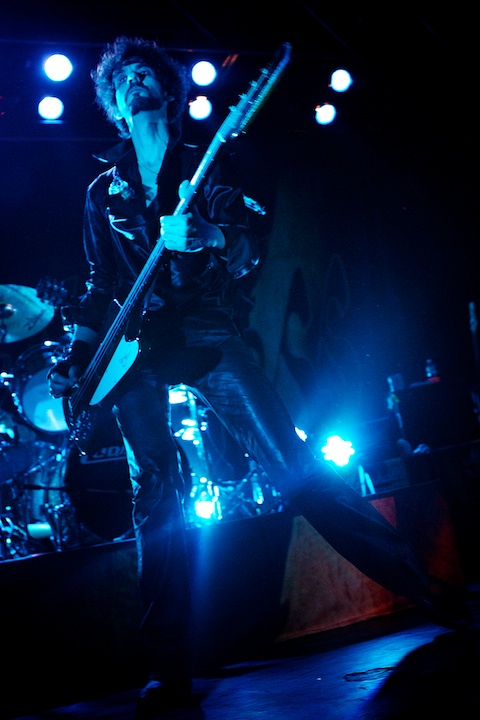 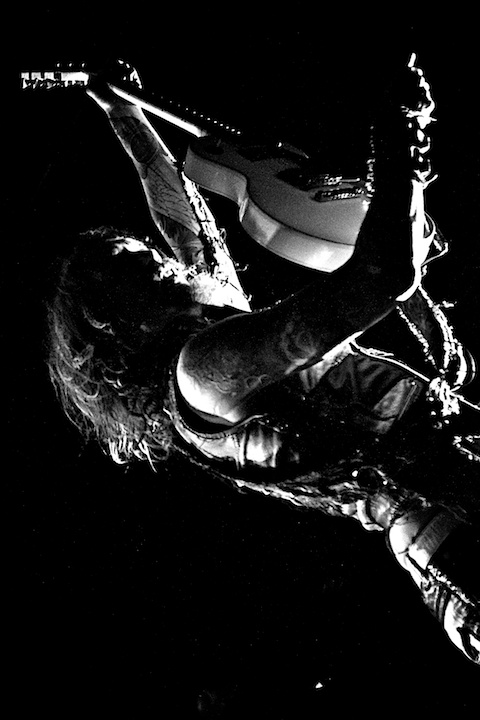 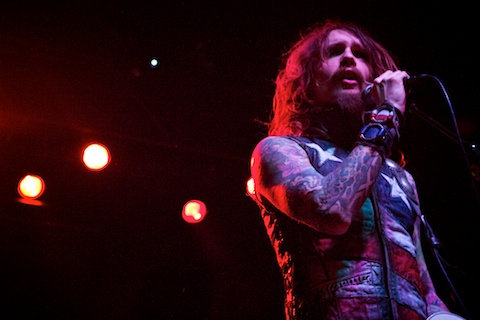 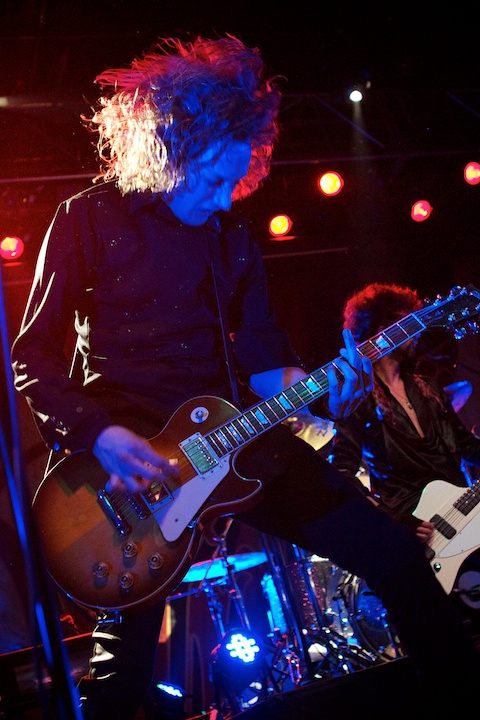 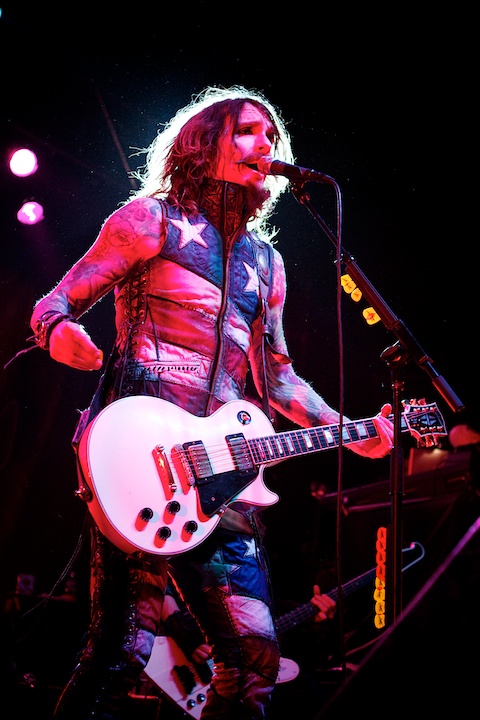 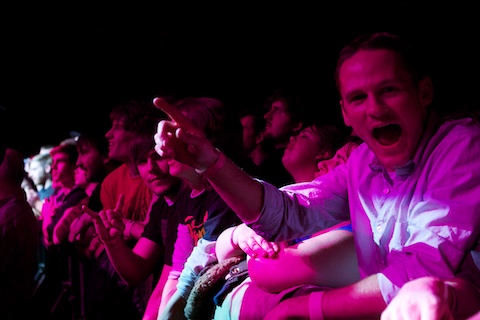 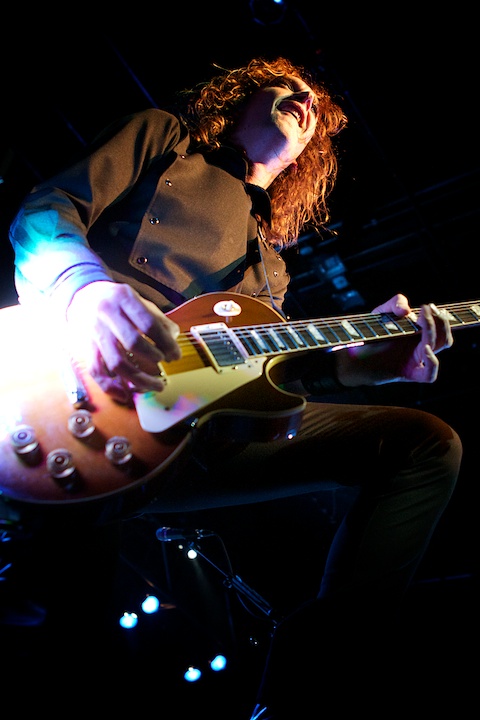 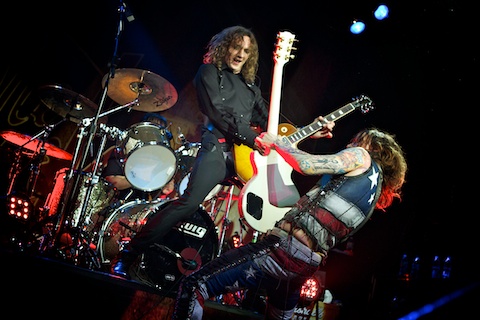