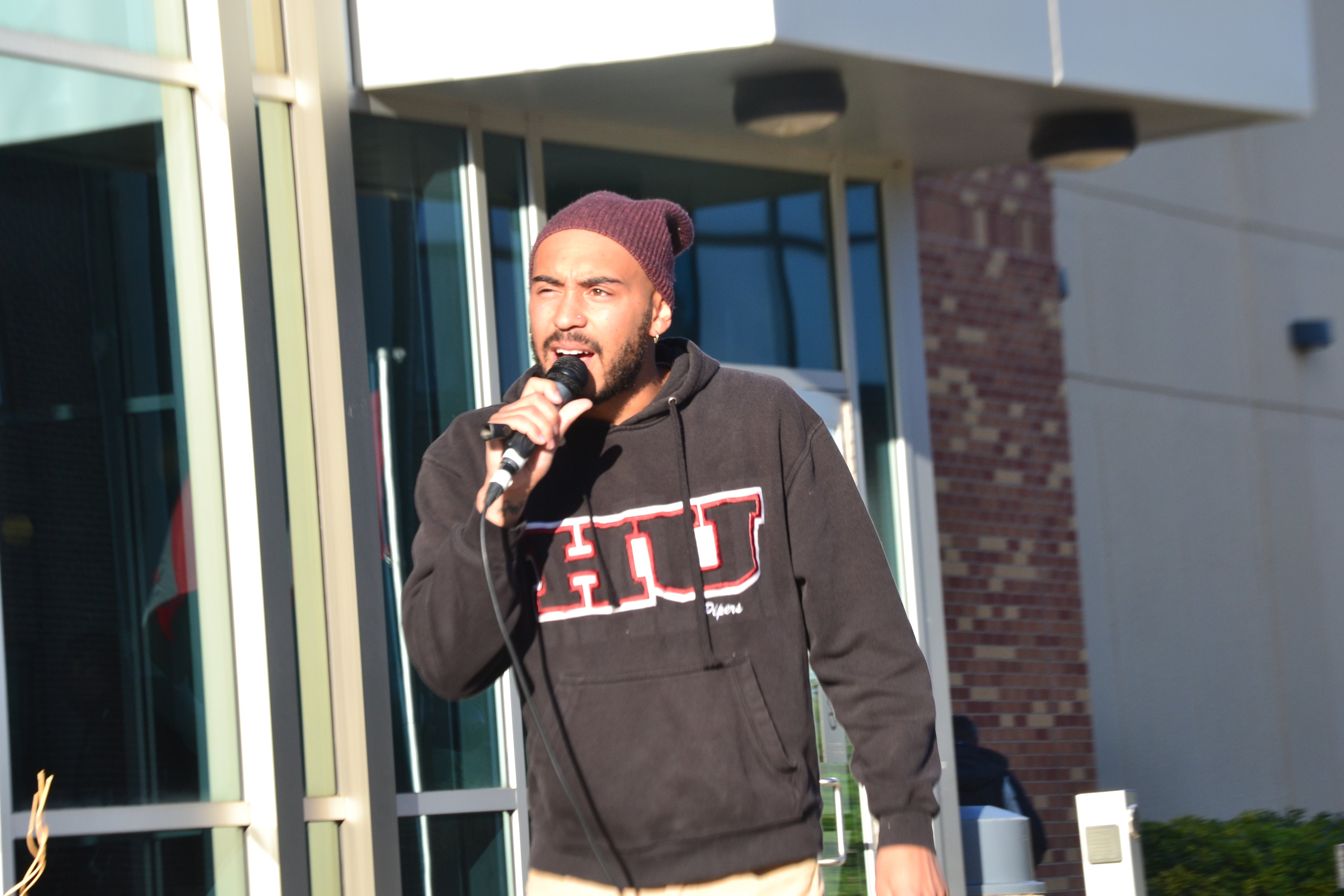 Music artist Ellis Cleve, St. Paul, Minnesota native, performed at his Alma mater Hamline University for a pregame show preceding the school’s night football game and he sets his sights on his next performance on Oct. 25, at Honey in Northeast Minneapolis.

“He did a really good job. He kept the party going and kept the people here,” Hamline University student Paige Walters said.

Cleve performed before Hamline’s night football game against Macalester College, which set a school record for the largest attendance. Cleve said seeing the school spirit for athletics was great as he could relate to the feeling as a former cross country runner and track athlete for the school.

“It was great being back at Hamline; I’ve been here for a while. It was great to feel the school spirit,” Cleve said.

Although he was only given a four day notice, he came to perform and was satisfied with his performance and the turnout.

“I didn’t have much time, it was kind of off the cuff, but it was fun, real fun,” Cleve said. “It was outside and I don’t perform outside a lot so that was fun and people were excited to be there so it was a good time.”

Cleve explained Hamline student Jack Micholic, who was the DJ at the event, was the one who asked if he could perform. Micholic, a current track athlete for Hamline, expressed how much Cleve means to the school.

“His music, his culture, everything he does … this dude means more to Hamline than anyone else,” Micholic said. “He is the real reason why we go to Hamline.”

“We had some success, it was fun. Shout out to [Cross Country and Track and Field] Coach [Paul] Schmaedeke,” Cleve said. “Coach Schmaedeke does great things for the university and I’m so proud of what they all done and I’m proud to be apart of Hamline Track and Field and Hamline Cross Country.”

Since Cleve graduated from Hamline in 2012, he has performed at several venues. He often performs at dance club Honey which is located in Northeast Minneapolis. For his next performance, he will perform with his band on Oct. 25, at Honey. When he performs with his band he typically brings along John Richardson for bass, Jake Nyberg for drums and David Felly to play guitar.

“I love to make music and that’s a huge part of what I’m trying to do. I would love to keep making music,” he said.

Cleve explained he has been singing since he was a child and added rapping to his repertoire in high school.

“I kind of consider myself more as a singer who likes to rap,” he said.

Authenticity is Cleve’s main focus when it comes to making music.

Although Cleve couldn’t bring his band along to perform at Hamline, due to short notice, he said it was a great experience.

“Great feeling, great to be back at Hamline University,” Cleve said. “My name is Ellis Cleve: I’m a musician, I’m a poet, I’m a teacher, I’m a friend, I’m a son, all that. I can be your friend if you want to, so follow me @ThatBoyCleve. Thanks a lot.”