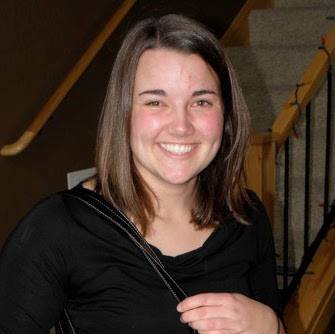 Teaching isn’t for everyone, and almost every teacher that you’ll talk to will say the first year is the hardest. One of the big criticisms of Teach for America, the two-year teacher training program, is that teachers receive just five weeks of training before being thrust into the classroom. While, no matter how much training you’ve gotten, that first year is going to be tough, the sink-or-swim nature of the TFA program means that some participants can really struggle if they’re not put into a school that gives them enough support.

Kaitlin Brendel always wanted to be a teacher, and became a 2011 TFA Corps member. Today, she’s doing something else with her life. She’s currently back in school for physical therapy because she realized through the TFA program that teaching just wasn’t for her.

While Brendel was in undergrad at the University of Wisconsin-Madison, she worked as a tutor for School of Hope, a program in Madison. She  considered getting her teaching license, but later decided against it. “I originally was interested in secondary math education,” she said, “but was encouraged to look into other options that involved my math and science interests, so I learned about biomedical engineering and found that to be really interesting, early in my first year of college.”

Then, after a conversation with a recruiter with Teach for America, Brendel decided to do the two-year program.

Brendel was assigned as a science teacher to Community School of Excellence, a charter school in St. Paul, which has a Hmong language and culture focus. The school was a “Focus” school, meaning it was in the bottom 10 percent of Title I schools in Minnesota.

“It was very hard,” Brendel said of her first year, and she learned through experience. “The first year of teaching is hard no matter what.” She loved the kids, but struggled with all the time she had to spend on lesson planning, and getting the kids on track. “They were such good kids, they deserved my time, but I had to find a balance with my own life.”

During the first year, she was working about 60-70 hours a week, with an average of two morning meetings a week in addition to her classes and preparation for classes. Her second year, the meetings lessened, with just one meeting every other week.

“I was learning as I went,” she said. Meanwhile, the population that she was teaching required more time from her, but Brendel felt frustrated because there was no structured curriculum at the school. “You were expected to do it yourself,” she said. In addition, most of the other teachers were new as well, so she wasn’t getting support from experienced teachers.

Though she’s gone into a different field, Brendel said she’s glad she did Teach for America. “I learned a lot about the education system in the U.S. and Minnesota, and a lot about myself. It was very challenging, and I wanted to quit multiple times my first year, but it was also very rewarding helping my students learn.”

Brendel said it’s hard to say if she would have stayed in teaching if she were placed in a different school. “I had a really hard time balancing my work and personal life as a teacher, and I really respect teachers who can, or who are willing to give up a lot of their personal lives to be great teachers. I do have a passion for teaching and working with kids, but I also have a passion for healthcare and am excited to become a physical therapist.” She hopes to stay involved with education and working with kids through tutoring or other volunteer opportunities.