Wednesday night in Minneapolis is always a tough time to draw a decent crowd to a show, but in the dead of winter it can be even more trying. While the crowd might be a bit more sparse than it would have been, say, on a Saturday night in July, the dedication of those who are there makes a great show that much more special. So the 100 or so people who braved the cold and made it to the 7th Street Entry for two of Merge Records’ better up-and-coming acts, The Love Language and Telekinesis (add in the great locals Red Pens as well), got to witness what is sure to be one of the better, top to bottom, shows I’ll see this year.

Unfortunately I had to deal with some car issues and was late in arriving, so I only caught the last half or Red Pens’ blistering 30-minute set. But I was lucky enough to hear them debut a new song that definitely stands up amongst the best in their brief, but great catalog. Every time I see them play I’m reminded just how amazing singer/guitarist Howard Hamilton’s guitar tone is, never mind drummer Laura Bennett’s machine-like precision on drums. The band even got a glowing shout out from Telekinesis’s wonderkid Michael Benjamin Lerner (who was celebrating his 22nd birthday at the show) towards the end of their headlining set.

I had seen The Love Language a few times before (opening for Local Natives at First Avenue last fall and Rural Alberta Advantage at the Entry in 2009), and while I enjoyed them, there’s no way I could have prepared for how blown away I was by their performance. It’s kind of weird to see an act you have liked and seen for a while just all of the sudden explode like a time bomb in front of your face. Those are the kind of gigs that can turn you from being a fairly casual fan of a band into one who wouldn’t miss a gig by them unless you were deathly sick or it was on your wedding night. The intensity and passion with which they played was so infectious it got the sparse and tepid crowd moving on their toes and seemed like they were playing as if their lives depended on it. Most of their set drew from their 2010 album Libraries, which I realized during the show I clearly need to listen to more. It’s worth noting that the members of Telekinesis commented that it was the best they had heard Love Language play and sound the entire tour.

After such a spirited middle set, and based on the showing I had seen from Telekinesis at the Entry a few years prior—that show was only decent—I was expecting to be somewhat let down or for their set to be a bit anti-climatic. That could not have been further from the truth, however: and their set was every bit as spirited and full of surprises. As I mentioned, it was Telekinesis’s frontman/leader Michael’s 22nd birthday, to which made me realize last time I saw them he had just barely turned 20, something I was not aware of at the time. Lerner writes just exquisitely crafted and infectious power pop tunes, and his young age only makes me feel as though he is someone to watch out years from now; for now, definitely check out their current album 12 Desperate Straight Lines; you won’t be disappointed.

Normally when a band’s lead singer is also the drummer it can be kind of awkward and somewhat off-putting, but in the case of Telekinesis, it only adds to their charm. At one point Michael’s microphone fell out of its clip and he had to hold it up with one hand to sing while not losing a single beat on the drums—impressive, to say the least. This feat caused their guitarist to make a crack about it being their “Def Leppard moment,” followed by a shout of “Too soon!” from someone in the crowd.

Love Language lead singer Stuart McLamb appeared on stage with a Smirnoff Ice and Iced Telekinesis’s guitarist Cody Votolato just before joining them for a ramshackle cover of the Guided By Voices classic “Game of Pricks.” It was just one of the many moments of the night that made you feel as though this wasn’t just any other night, for either band. As all of the members from Love Language came back onstage for what seemed like it would be the last song of the night, Votolato apologized for missing their set because he was next door “checking out the dub” (Barrington Levy was playing at the mainroom next door).

After a very short encore break, the band appeared to cries of “Tokyo!” from the remaining crowd (about half of the crowd seemed to file out after The Love Language); they obliged and closed the night with one of the more catchy and energetic songs off their first record. Hopefully, for our sake, both bands will come back later this year, preferably when the temperature is a bit more inviting, so they can get the crowds they both deserve. 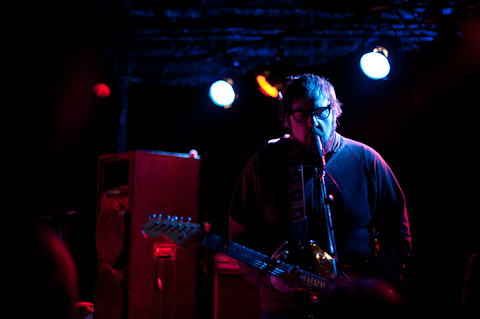 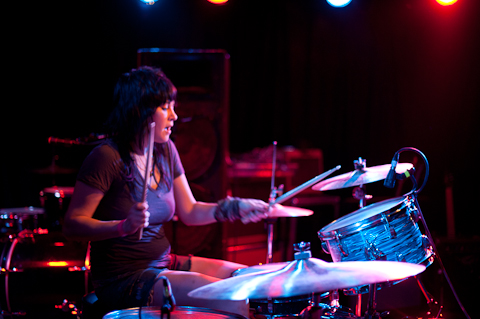 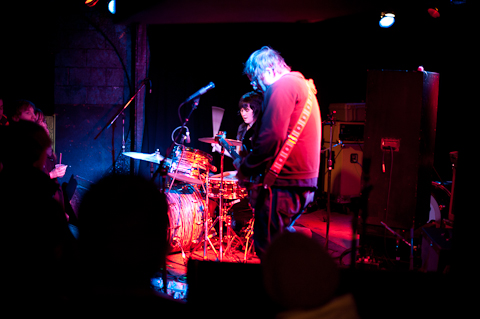 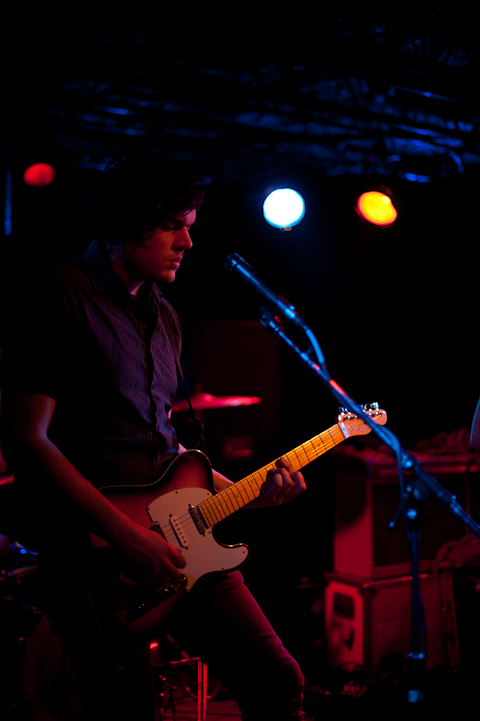 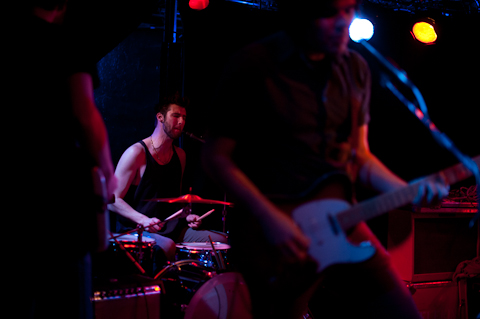 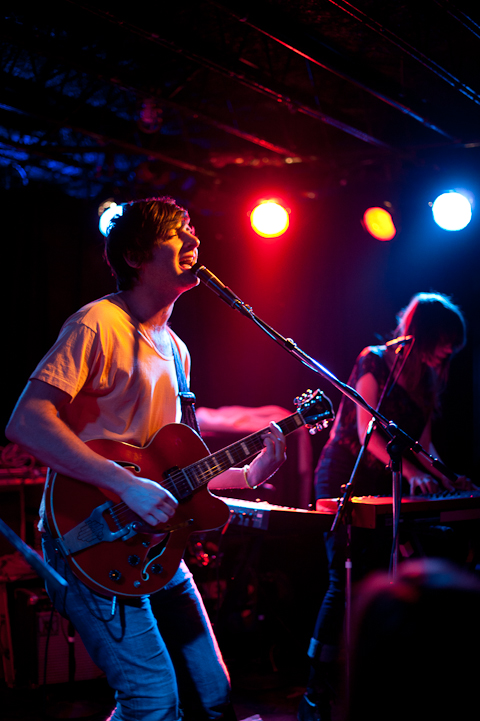 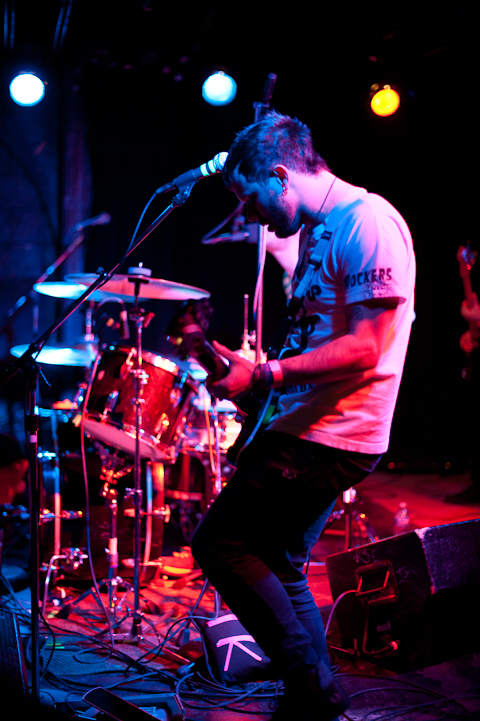 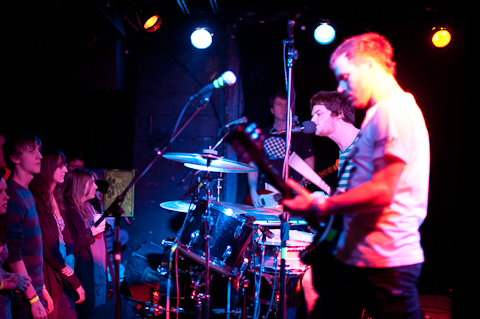