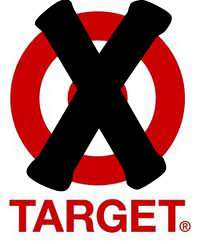 Image from a Facebook group urging a Target boycott

Target knocked over a hornets nest this week when the public found out the corporation donated $150,000 to the conservative MN Forward PAC, which is supporting Minnesota Republican gubernatorial candidate Tom Emmer (who the Minnesota Independent linked to anti-gay groups). But Target has been involved in the political process for years through its Target Citizen’s Federal Forum Political Action Committee, infusing more than $1.4 million into political races since 2000.

This year, the company PAC has already donated just under $400,000 to candidates and partisan PACs, according to data from the Center for Responsive Politics.

Who’d they support? Well, 57 percent of direct donations to federal candidates have been going to Republicans this year, including a $5,000 boost to Gov. Tim Pawlenty’s Freedom First PAC (check out records). But about 67 percent of Target PAC’s donations to other PACs go to Democratic organizations.

In both the PAC and direct donations, Minnesota liberals and moderates loom large. In fact, the PAC seems to skew away from candidates obsessed with extreme cultural issues (probably wish they’d stayed with that approach), giving some credence to Target CEO Gregg Steinhafel’s claim in his recent letter to employees that “Target has a history of supporting organizations and candidates, on both sides of the aisle, who seek to advance policies aligned with our business objectives.” (As has been widely reported, Steinhafel personally has donated generously to state Republicans for years.).

Sure, the antiqued, circuitous system of using employee PACs to funnel money to politicians is pretty different from this Brave-New-Wild-West-World following the Supreme Court’s Citizens United ruling, but with campaign finance reform being threatened in Washington and significant portions of the public reacting angrily to direct corporate donations organized by CEOs with sometimes well-entrenched political biases, it’s not likely these PAC operations will be scrapped of influence any time soon. 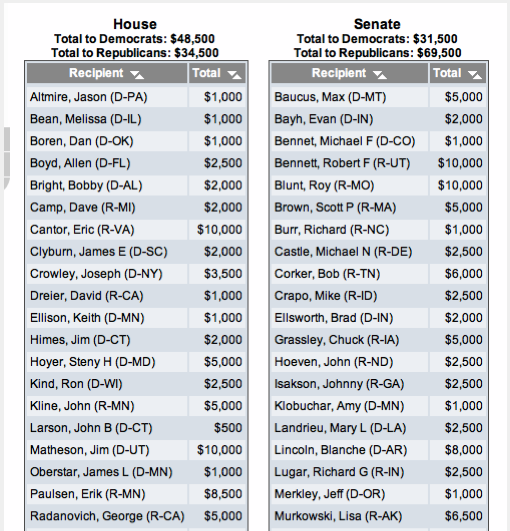 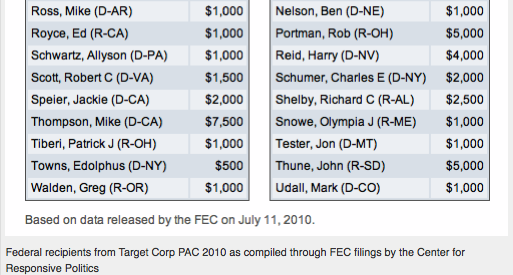