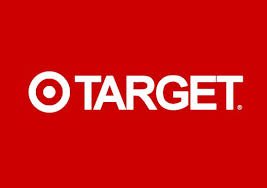 The case is an appeal by Florida in the 11th Circuit Court of Appeals in Atlanta covering Florida, Alabama, and Georgia.

“State laws and constitutions denying marriage to gay and lesbian citizens are bad for our businesses,” the companies wrote in the brief. “Our success depends upon the welfare and morale of all employees, without distinction. The burden—imposed by state law—of having to administer complicated schemes designed to account for differential treatment of similarly situated employees interferes with our business and creates unnecessary confusion, tension, and ultimately, diminished employee morale. We write to advise the Court of the impact on employers of the disparate treatment mandated by states that refuse to permit or recognize marriages between same-sex couples.”

Florida is currently stuck in a legal quagmire over the issue. A federal judge has ruled that Florida’s ban on same-sex marriage is unconstitutional, and the U.S. Supreme Court has denied a stay meaning that marriage could start as early as Jan. 6. However, state officials are continuing to appeal the decision, and most county clerks have indicated they will not issue marriage licenses to same-sex couples on Jan. 6.