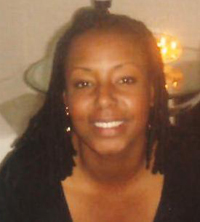 Liberian born Tanaegh Haddad is exhibiting her art at a show which is currently going on at the Minnesota Center for Books. The exhibit is entitled “My Brother’s Keeper.”

In an interview with the African News Journal, Tanaegh said that her art describes an incident that happened to her brother, a young medical doctor, on June 13th 2008 in Boca Raton, Florida.  He was driving when he had a seizure which resulted in an accident.

“The following abuse which was inflicted by “local police”, his recovery, and some of the spiritual and emotional experiences resulting from this incident are shared in the books.Though the story is a very personal one, it reflects the general experience of hurt or tragedy that people from all walks of life and cultures share”.  she told ANJ

She said the books use selected Psalms to represent my brother’s “voice” in the description of events.  Some of which he does not remember because of his physical state of comatose, heavy sedation, or trauma at the time of the events.  My words respond to “his voice” reflecting my prayers, and communicating to him my memory of the events and emotions as his sister.

Explaining the images, Tanaegh said the art  make a poetic reference to the idea that “God’s eye is on the sorrow” which parallels the major theme of the book that God is our keeper.  The symbols that are stamped to create the border of the images are Adinkra West African Symbols that originated in Ghana.  The meanings of the symbols relate to the text and add an additional layer of content to the images.

Even though she came to America when she was 6 years old in 1986 with her family, she never lost the love of art she developed in her early years of life. Tanaegh said that generally, what comes down the base of her art is “Identity.”

“The history of my country of birth, Liberia, is different than any other. As you know we were Liberians first, then brought to America, and then back to Liberia as some slaves decided to go back to Africa.  Therefore, Identity is very important to me and many others who went through the same situation and I would like to emphasize that on my arts.”

“I am African or an African American thourgh my ancestry or both. It a story that I want to explain it through art.” Tanaegh said

She is one of six emerging artist winners select from a long list of artists. The project is supported by the MCBA/Jerome Mentorship program. Networking with other book artist, such as Richard Stephens, who assisted in printing, and my research trip to Hills Museum and Manuscript Library to have a private showing of Ethiopian Prayer Scrolls are some of the unexpected experiences that made this program very special for me.

The exhibit is showing from November to February 21, 2010.