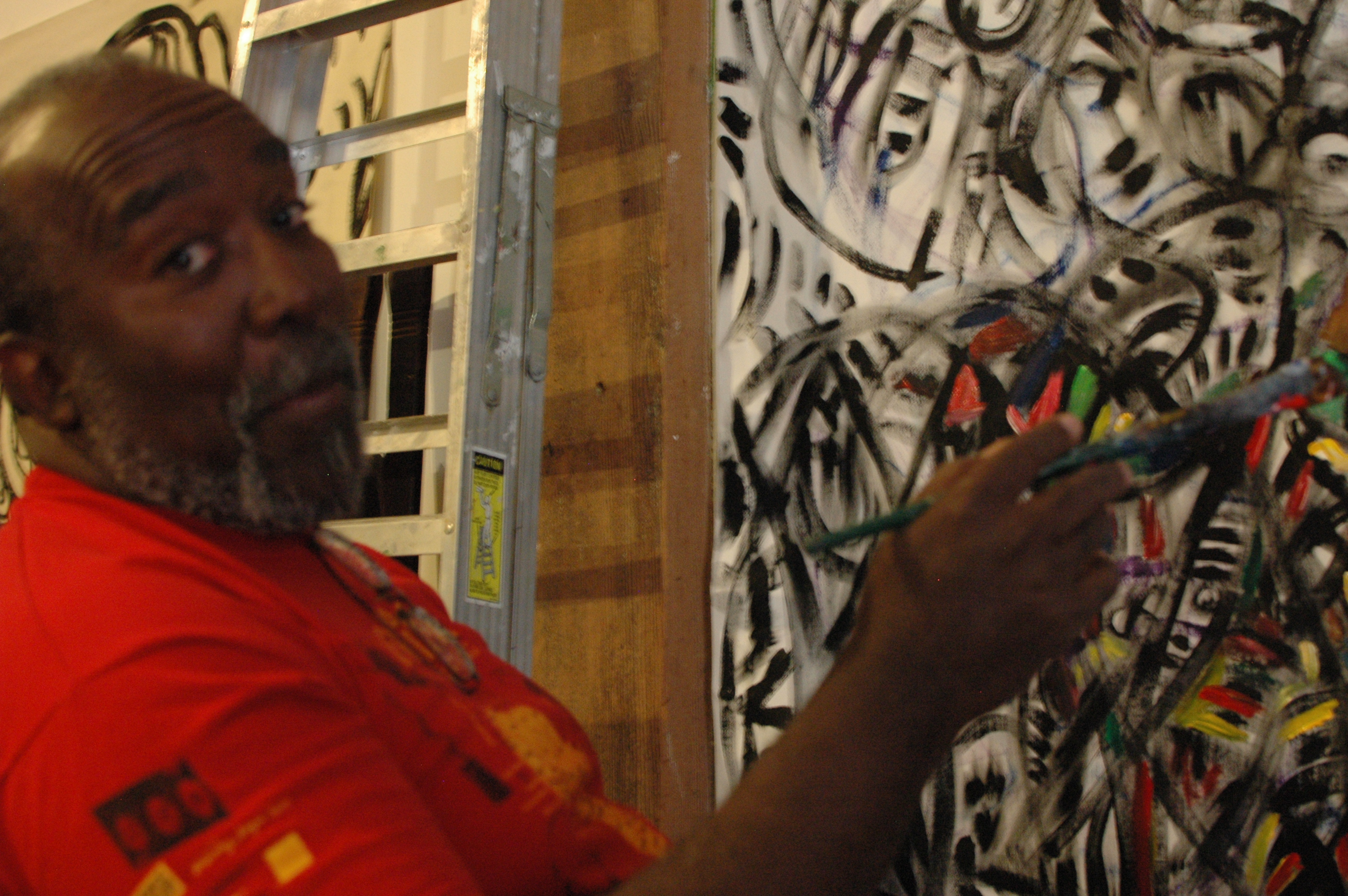 I got to the Black Dog in Lowertown, unusually on time for me, to meet with Ta-coumba Aiken, whom I was to interview about a collaborative art and music project. He’s part of the project, called Breath of Life, which takes place on Tuesday at McNally Smith. I looked around the coffee shop and didn’t see him, but I did catch sight of the infamous Andy Sturdevant, who was on his lunch break from Springboard for the Arts. After I chatted with Andy for a bit (getting in my two cents about the Springboard’s new website), he got his food, and took his leave, telling me that if he happened to see Ta-coumba, which was not unlikely, he would tell him that I was looking for him.

I went outside and had a cigarette, and afterwards I gave a call to the press contact I had at McNally Smith, who had set up the interview. He gave me Ta-coumba’s telephone number, so I went ahead and gave him a call.

“Oh, I was just there,” Ta-coumba said. Strange. Ta-coumba is not an easy person to miss. He offered to come back to the café, but told me that he had hoped that I would come to his studio. No problem, I said, just tell me how to get there.

I’m terrible at directions, but somehow I managed to find his building. He met me at the door, and we went up the antiquated elevator to his studio. He showed me his front door, where there’s a pair of pictures of him as a boy, at different ages, in addition to postcards from different shows.

Ta-coumba’s studio is a dimly lit space full of paintings and art supplies. You can barely walk, actually, without running into one of the canvases propped up against the various walls and tables.

“I’ve got a lot of painting to do,” he said. He was working on some paintings for a project he was doing with E.G. Bailey, a music, dance and poetry event that featured poet Amiri Baraka. “We could sit and talk or you could talk to me while I work.”

Thinking that I didn’t want to cut into his work time, and also that talking to him while he painted gave me the double advantage of watching his process and also allowing him to be relaxed, I said that I thought it would be great to chat while he worked.

What happened next was simply fascinating. While I do see a lot of artwork, I almost never have the experience of watching an artist actually creating a piece of visual art.

But it didn’t seem to bother him one bit that I was there, and he just opened up about his life, about the way he works, about the nature of art, the nature of society. Ta-coumba is an incredibly insightful person, and quite a storyteller (you can see some of the things he said in this article).

I guess that’s the best part of my job. Sometimes I get to talk to really interesting people. Well, I say “talk” to them; mostly it’s just me listening. But that’s just fine with me.

One of my favorite things Ta-coumba said about being an artist was: “You can’t make a pearl without agitation. You can’t make a diamond without pressure.” A lot of times, he said, he didn’t know what exactly he was working out until it unfolded before him. “When I do my work, my ancestors are coming up with an answer,” he said.

There are people, he said, who try to put you in a box, and try to keep you from doing what you’re good at. “They put you in a box,” he said. “I refuse to stay in the box. I refuse to run away. Sometimes you have to face the music, but luckily… it’s music.”