Consider for a moment a dichotomy that we’ve created. We’ve been driving cars for over one hundred years, and we’ve built our infrastructure around them. Every so often, the general public steals a glance at maybe accommodating some alternatives, makes a few minor adjustments, but generally continues on with the status quo.

One alternative: bicycles. We’ve been riding them for well over one hundred years, but we’re still not sure how or where they fit in. Mostly our stolen glances lead to minor adjustments that typically occur within a “Bike Boom.”

We’re in a bike boom right now, which has afforded many advancements. But let’s look back to the previous bike boom, which coincided with the 1970′s oil crisis. The most lasting remnant we see of that bike boom in today’s infrastructure is the “Share The Road” sign. We’ve even given it a modern face-lift. On Hennepin Avenue downtown you can see these lovely high-tech signs: 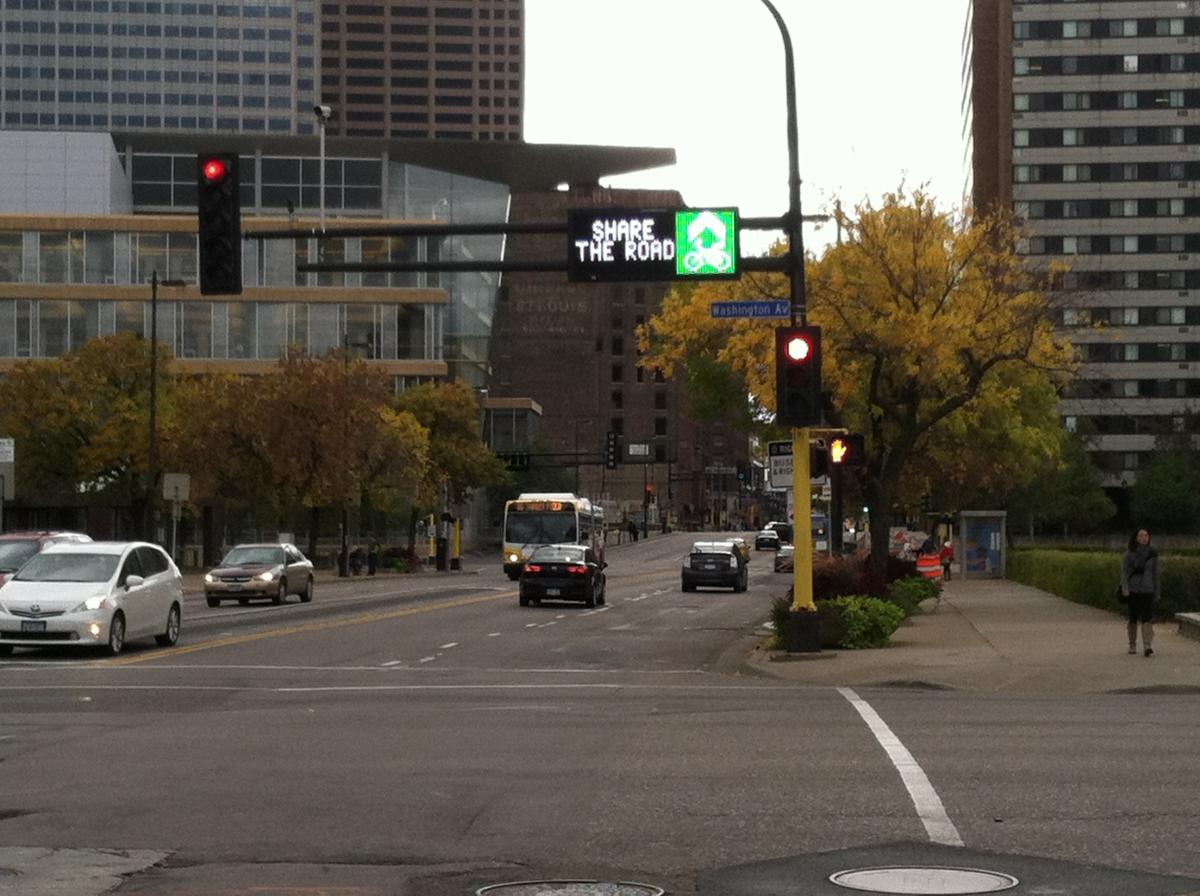 As a lover of technology, I appreciate that we can use this medium to broadcast whatever message or imagery we choose on a moments notice. But are we using it effectively?

If you look closely at the above photo, you may see another sign, partially obstructed by the pole that hoists the electronic sign. This traditional, low-tech sign reads: “Right Lane: Buses, Bikes & Right Turns.” 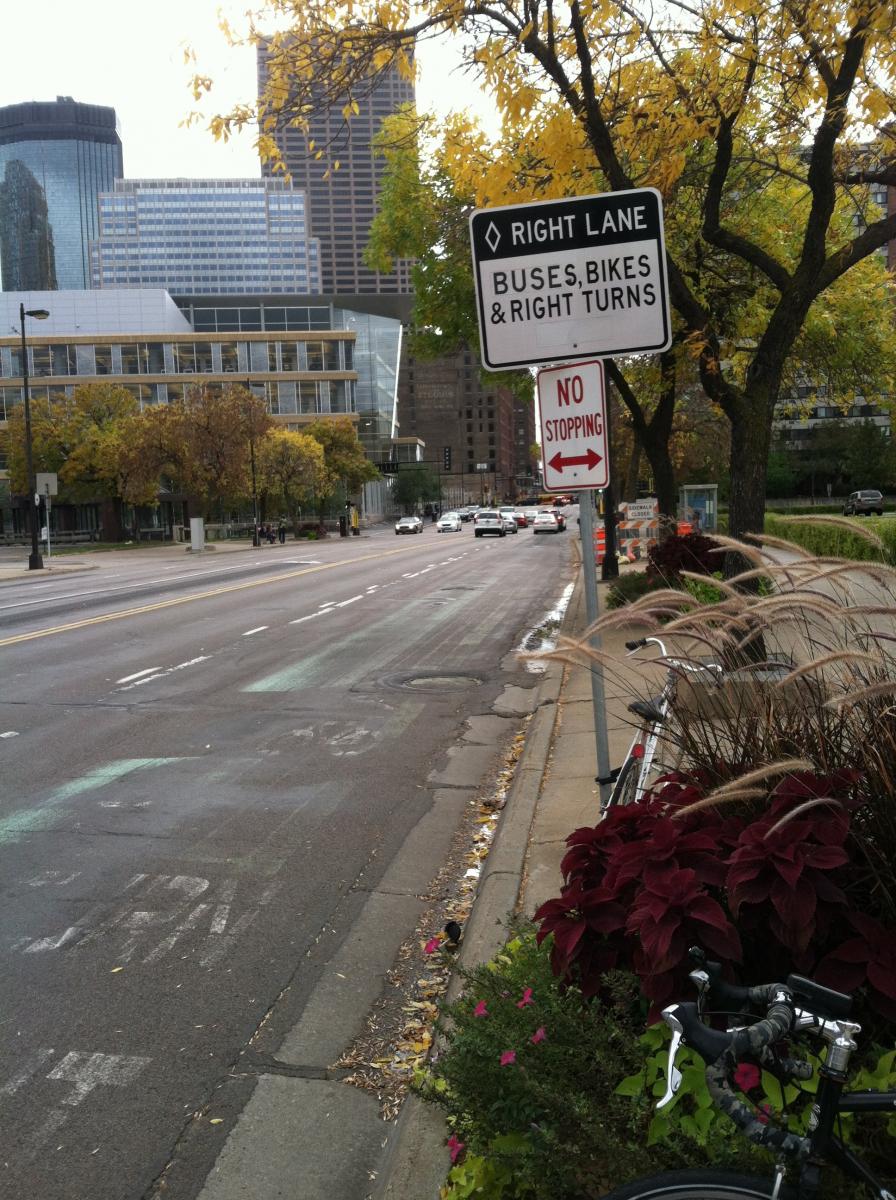 This is at least a good idea. Reserve the right lane for buses and bikes. Only allow cars that are immediately turning right. It has the potential to change a harrowing 4-lane road into a “virtual” 2-lane road. It’s not the best, but if the above sign were actually observed, it would at least be a step in the right direction.

On any given day, I could go downtown and observe drivers’ behavior on Hennepin. In the right lane you’ll see buses, bikes and cars. But are the cars turning right? My unscientific survey suggests that over 90% of car drivers in the right lane are not immediately turning right. So does more enforcement need to happen, or just some education? Probably both, but the latter will go much further.

First, let’s get rid of “Share The Road” the same way Delaware proposes to. It is an ambiguous message that is never interpreted the same way by two cyclists or two drivers. It semi-empowers each party into thinking their share is the bigger half.

Then let’s put the real message up on the electronic sign: “Buses, Bikes & Right Turns ONLY.” I think it will have a much more immediate effect due to the greater visibility. Along with some actual enforcement, I’m confident that real-world behavior would mimic the design much faster. Currently the Minnesota-nice, passive-aggressive approach is failing: green paint that is all but gone, a traffic sign half-hidden behind a signal post, literally zero enforcement. Let’s flip-it and reverse-it. Leverage our technology for it’s greatest use: to make a difference.