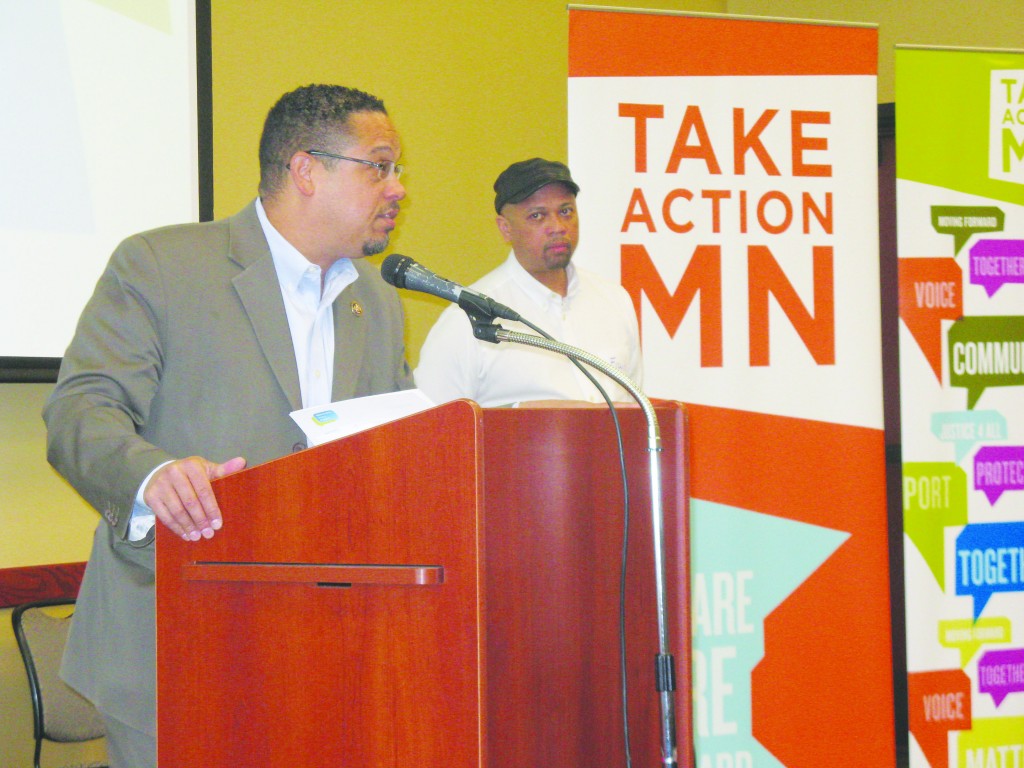 TakeAction Minnesota last month hosted a forum to elicit support for its “Justice 4 All” fair hiring campaign. Speakers included U.S. Representative Keith Ellison. What might have struck the casual observer was the fact that there were few dispassionate observers among the 200 or more in attendance. The audience clearly supported the idea that past imprisonment should not prevent ex-offenders from securing housing or employment.

“What we want to do is give people who want to change and contribute to society a chance to do just that, especially if they are qualified,” explained Jonathan Mauer, director of the campaign. “We’re asking these companies to consider merit.”

The campaign encourages Minnesota employers to remove questions about criminal records from job applications. Presenter after presenter told heartbreaking stories about how they couldn’t get employers to see that their past was indeed that: their past.

“I thought getting a degree would get me a good job,” said James Cannon. “Someone told me that hiring me would be ‘unethical.’ It seems to me that punishing people for the rest of their lives by denying them access to jobs and housing is unethical.”

“Our job,” said Terrence Galbreath, “is to remind the rest of society that these people’s debt has already been paid. Re-offending often occurs because they [ex-offenders] couldn’t find work.”

Ironically, according to one ex-felon who told his story, companies come into the prisons and hire prisoners. He related how a company located in the Twin Cities suburbs said, “They don’t hire criminals, but they go into prisons and employ us as a part of the prison industry.”

Speakers also pointed out that the recent reports of disparities in Black and White unemployment are a direct result of the large percentage of Blacks that are imprisoned in the state and thus have prison records, seemingly making them unemployable. It was also noted that many states nationwide are now spending more on prisons than on schools.

There has been a nationwide effort to rein in discrimination against those with criminal records. “Ban the Box” campaigns have been waged to eliminate the question about criminal history on job applications, especially in the public sector. Last year, TakeAction Minnesota was successful in passing “Ban the Box” legislation for public employment.

Michelle Alexander has enlivened the discussion with her book, The New Jim Crow: Mass Incarceration in the Age of Colorblindness. Alexander contends that the high incarceration rates that resulted from the “War on Drugs” with its focus primarily on the Black community have created a racial caste of people who are successfully locked out of U.S. society.

The NAACP has also taken up the cause. Last month it released a report entitled “Misplaced Priorities,” which criticizes the fact that the U.S. overspends on incarceration at the expense of education. The civil rights organization has also initiated an online petition to ask governors around the country to change their priorities.

TakeAction Minnesota, as part of their campaign, has sent letters to 15 Minnesota corporations, including 3M, Target and Best Buy, asking that they consider and hire those with criminal records. The organization plans on holding meetings with these companies to discuss how these fair hiring practices can be implemented.