Native communities grapple with what it means to honor their U.S. military veterans

Emmy Her Many Horses said there are a great many reasons why Native people choose to join the U.S. military, but that regardless of their motivation, they should be recognized for having served.

“For Native people there is a difficulty in trying to remain true to who we are from our tribal nations, and who we are in society today. For some, I think, they are seeking to be that warrior. For others, the military may be their best chance at getting away from their homes and finding opportunity. The military is also an opportunity that will help pay for school, allow travel, and teach new skills. Many are following a family tradition, a cultural tradition.” Continue Reading

On June 4th there was a groundbreaking ceremony for the Minnesota Military Family Tribute (read=”memorial”) at the Minnesota State Capitol.  And it was a nice occasion; speakers included Gold Star parents Ken and Julie Drevnick, Major General (Ret) Harry Sieben, Congressman Erik Paulsen and Governor Mark Dayton. All spoke of the sacrifices military service has on the home front. “When a soldier is deployed, an entire family is deployed. The mother is sitting home watching the news like she’s never watched it before, wondering if her son or daughter is there.” remarked Major General (Ret) and Mn Dept of Veterans Affairs Commissioner Larry Shellito. Continue Reading

What does China’s hypersonic missile vehicle test means to the Americans?

Entering into the new year 2014,China has become the second nation, only next to the United States to posses a Continue Reading

A violation for underage drinking can be waived to allow someone to enter the military, but it can prevent that same person from getting a public sector job even after being honorably discharged from their volunteer duty.Known as the “knucklehead bill,” HF1124 would forgive veterans who made “a dumb and stupid move” in their youth and give them a presumptive certificate of rehabilitation, similar to what is available to some criminal offenders, according to the bill’s sponsor, Rep. Bruce Anderson (R-Buffalo Township).Trista Matascastillo, chair of Minnesota Women Veterans Initiative Working Group, said her own husband applied, after returning from military duty, to be a personal care assistant for the couple’s special needs child, only he was denied due to a youthful indiscretion.John Baker, a retired Marine and attorney, said there is a 15 percent unemployment rate of Iraq and Afghanistan war veterans. He seeks to add an honorable military service discharge to the list of ways those seeking employment can receive a presumptive certificate of rehabilitation.The bill was approved by the House Veterans Services Division and forwarded to the House Judiciary Policy and Finance Committee. Sen. Linda Higgins (DFL-Mpls) sponsors its companion, SF878, which awaits action by the Senate State Government Innovation and Veterans Committee. Continue Reading

Minnesotans for Personal Responsibility—PawLenty for Us!—present Governor Tim Pawlenty with a Golden Bush Award
The Free Speech Zone offers a space for contributions from readers, without editing by the TC Daily Planet. This is an open forum for articles that otherwise might not find a place for publication, including news articles, opinion columns, announcements and even a few press releases. On Tuesday, May 5, 2009, Minnesotans for Personal Responsibility(MPR) presented Governor Tim Pawlenty with a Golden Bush Award in honor of his continuation of George W. Bush’s policies of tax cuts for the wealthy and corporations, not social services to families, children, the elderly or disabled. It was a gala affair! MC Georgette Murdoch presided, with speeches by Mrs. I.M. Rich, Education Chair of MPR, dripping in diamonds, of course, Falinda River, Transportation Chair of MPR, who complemented her Christmas red hair with a red feather boa and dress and a red, white and blue hat), and M. Antoinette Sans Tete, Head (so to speak) of the MPR Erase Entitlement Committee (in a che’ che’ lace-adorned dress, with pompadour. Continue Reading

“Sea-smurf”: The pronunciation for the acronym couldn’t be any cuter, but the duties of the U.S. Army’s CBRNE Consequence Management Response Force (CCMRF) could potentially be quite ugly — using military tactics, including some tested in Iraq, amid civilian populations here in the U.S.

According to a September 8 report by The Army Times, the 3rd Infantry Division’s 1st Brigade Combat Team, acting for one year under the CCMRF moniker, will be employed domestically in homeland security-related efforts, starting October 1. Duties, the paper reports, could include assisting with “civil unrest and crowd control or to deal with potentially horrific scenarios such as massive poisoning and chaos in response to a chemical, biological, radiological, nuclear or high-yield explosive, or CBRNE, attack.”
It’s historic: Never before has an active unit has been given “a dedicated assignment to NorthCom, a joint command established in 2002 to provide command and control for federal homeland defense efforts and coordinate defense support of civil authorities,” the paper reports. While troops could be enlisted to operate the “jaws of life” for rescues following traffic wrecks or clear roadways blocked by debris, they’ll also be trained in the use of “nonlethal weapons designed to subdue unruly or dangerous individuals without killing them.”
“It’s a new modular package of nonlethal capabilities that they’re fielding,” Col. Roger Cloutier of the 1st Brigade Combat Team said. “They’ve been using pieces of it in Iraq, but this is the first time that these modules were consolidated and this package fielded, and because of this mission we’re undertaking we were the first to get it.”
The main role of CCMRF seems akin to what the National Guard provides: help after natural or man-made disasters and protection against domestic attack. Continue Reading

Why I don’t ‘support the troops’

When conscientious people opposing the present war put up signs “Support the Troops – Bring Them Home”, it sends a mixed message. How does one “support” those, who, for a variety of reasons, chose to be trained to kill others on the basis of orders from a “superior” officer or the “Commander-in-Chief”? Clearly the primary responsibility for the war must lay with those who planned it, ordered it, and voted to pay for it with our tax dollars (or, more accurately, with debt to be placed on future generations). But remember those provocative and attractive posters from the Vietnam era: “What if they gave a war and nobody came?” If no one “volunteered” for our “Volunteer Army”, how could our politicians choose to go to war on false and manufactured evidence? Our politicians know that if we continue to permit many to go uncounted as we claim “full employment” and continue to allow the minimum wage to be set significantly below a “livable wage”, and allow college costs to skyrocket while loans and grants to students expire, there will always be some driven by an economic conscription to “enlist”. Continue Reading 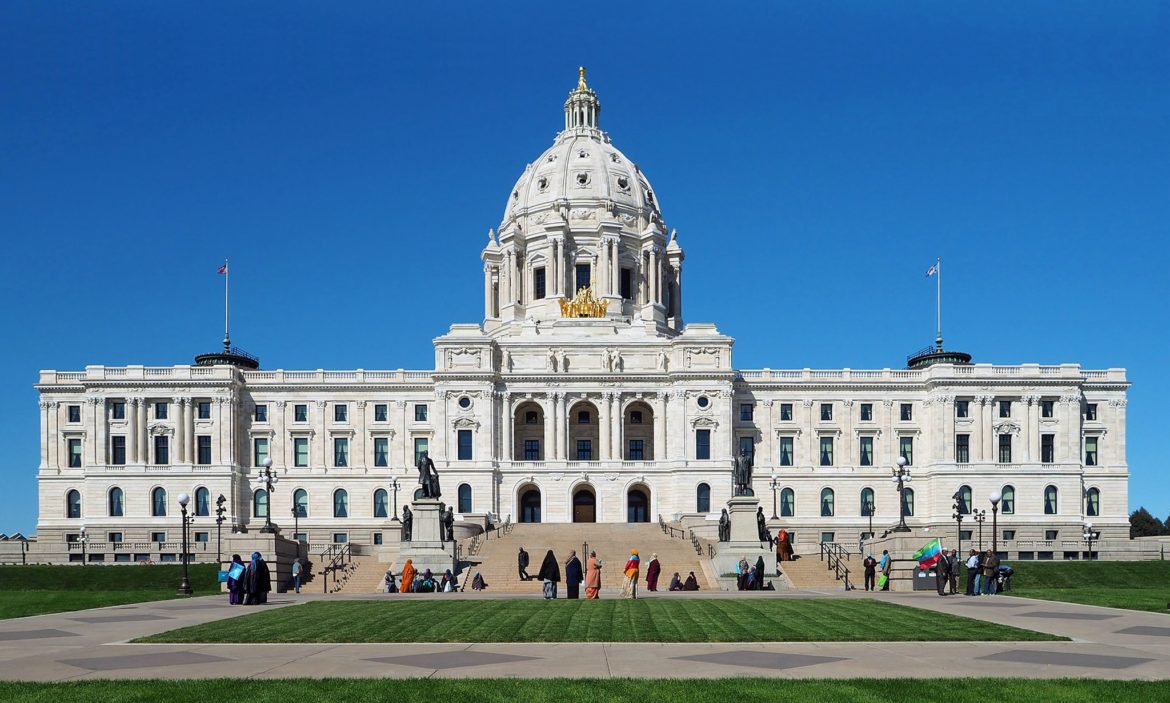 Interested in public policy but not sure where to start? Come to Social Work Day on the Hill! Know a lot and want to talk to your legislators? Come to

You can register with any number of organizations. We are using St. Thomas School of Social Work’s link as they are the early birds who already have one up! If you are attending with any other group you are still free to come hang out with AMPSW, we are all social workers here for the same reason.