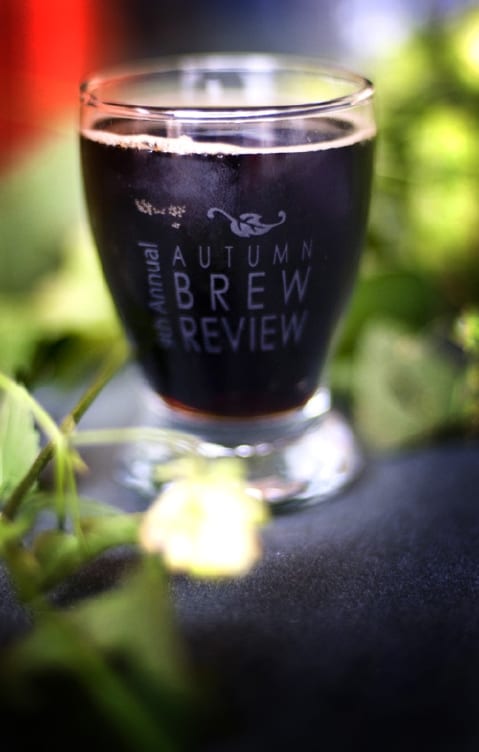 Last weekend hundreds of beer drinkers descended upon the Ninth Annual Autumn Brew Review in Northeast Minneapolis. Attendees at the sold-out event were able to sample microbrews from all over the country, as well as local favorites like Surly and Summit. While there were hundreds of fantastic drinks to try, my personal award for best in show goes to Wisconsin-based Dave’s BrewFarm. 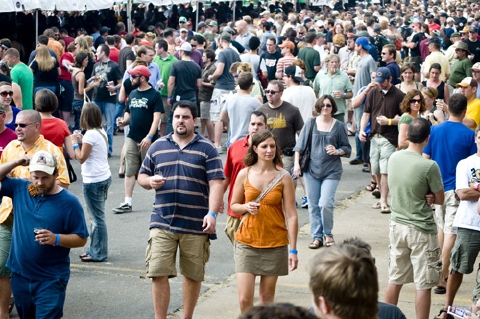 Thousands came out on a hot Minneapolis day to enjoy cool microbrews. 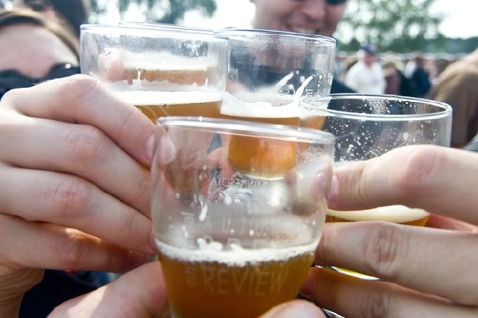 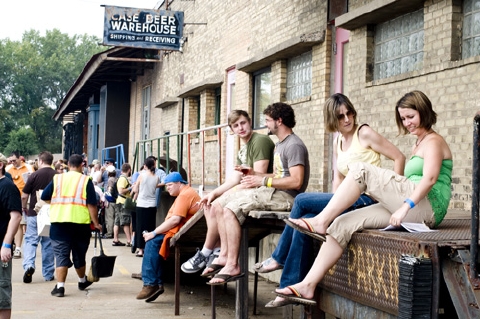 The Brew Review took place in the parking lot of the historic Grain Belt Brewery. 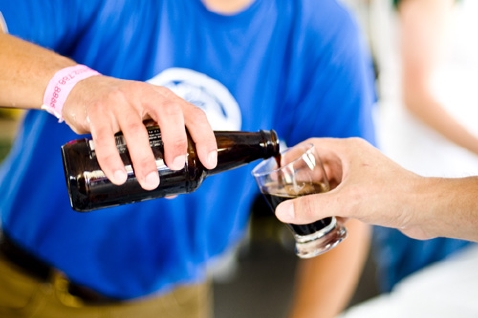 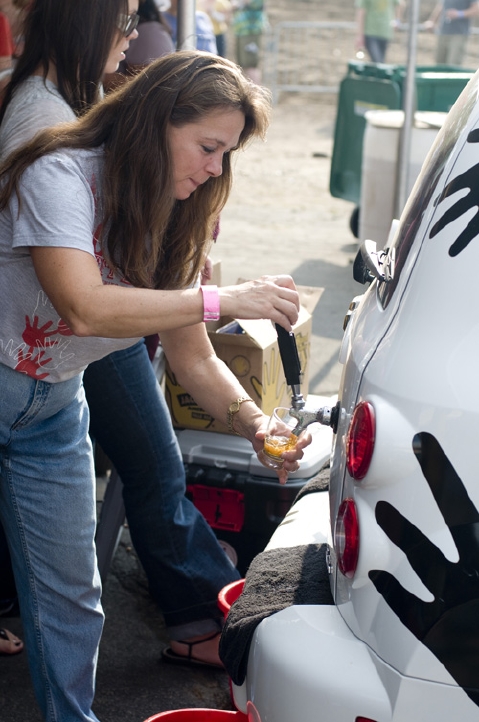 The Left Hand Brewery brought a car with custom taps. 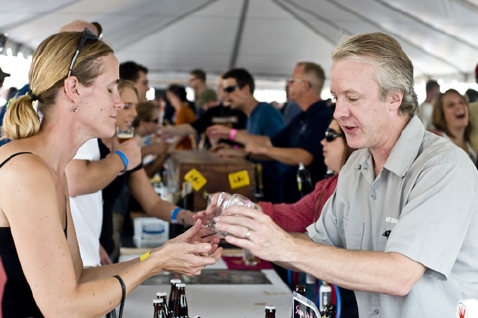 A patron hands his glass over to be filled under the beer tent. 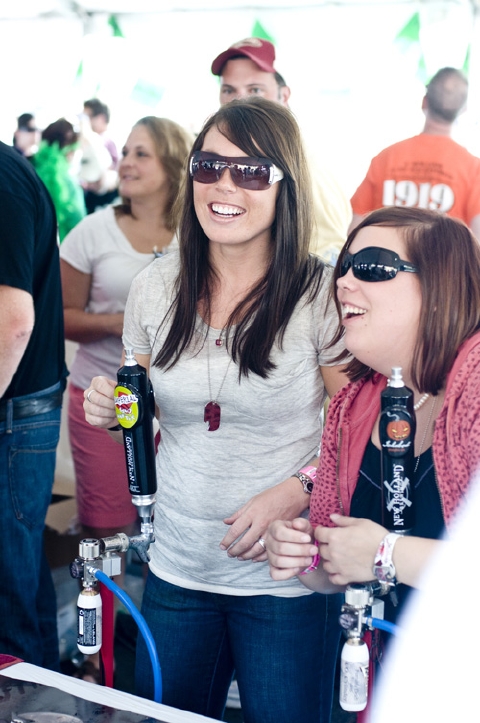 Many brewers lamented being “on the wrong side of the table” (pouring beers rather than drinking them). 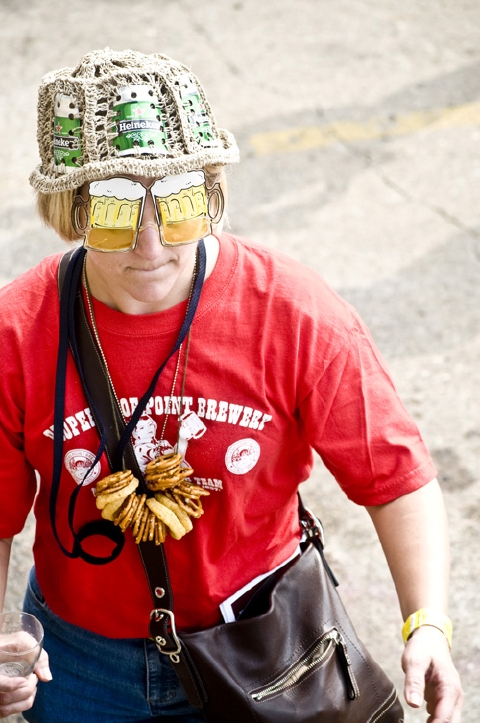 Getting creative with beerwear. 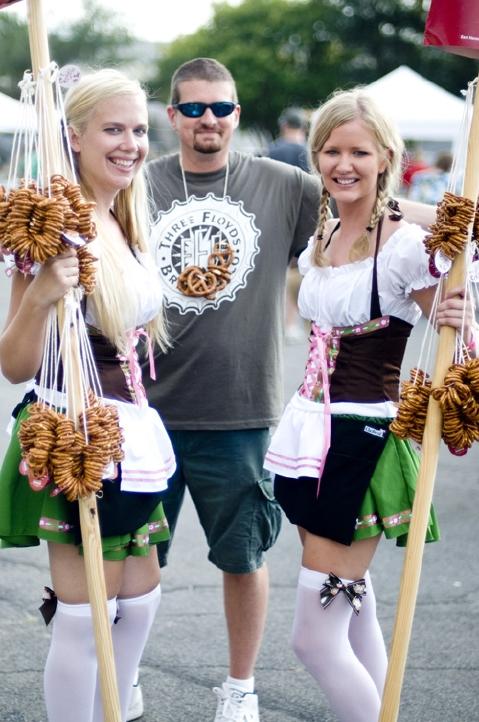 The Surdyk’s “beer wenches” posed for photos and distributed pretzels. 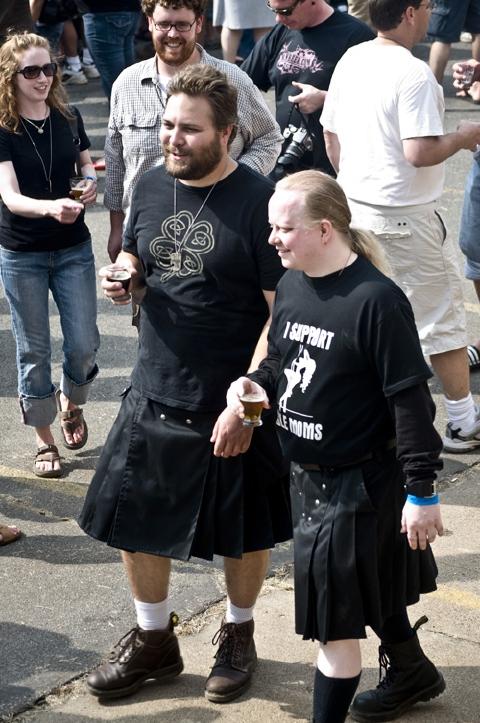 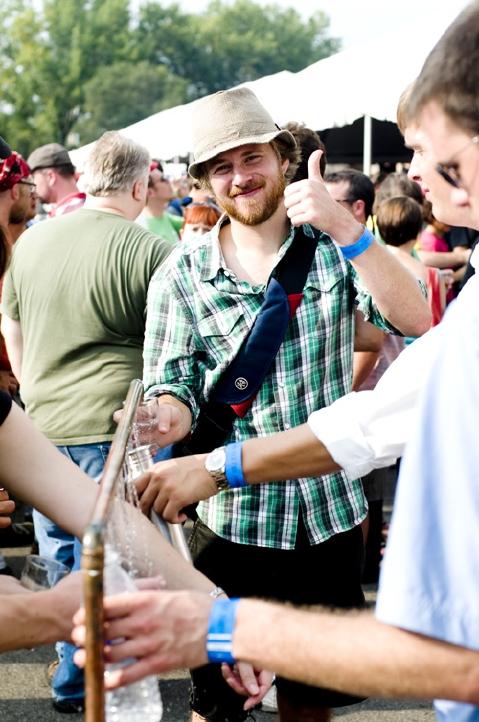 A beer drinker rinses his glass between pours. 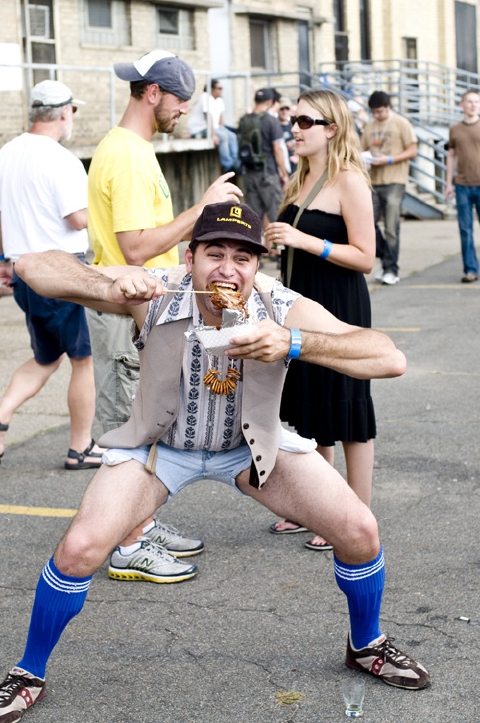 As the festival neared its conclusion, behavior became stranger and stranger… 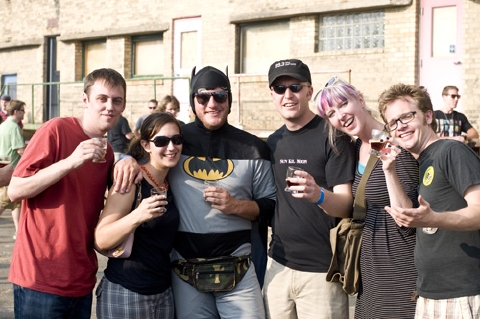 …as did the costumes. 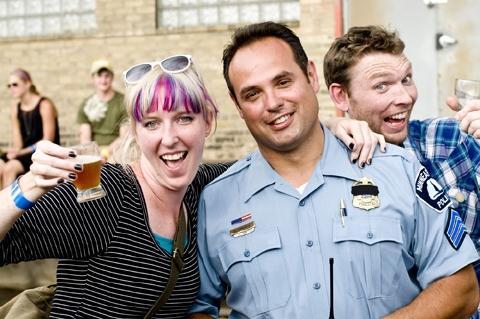 Throughout the festival MPD officer J. Garcia III kept watch over the revelers, and even indulged them by posing for a few photos. 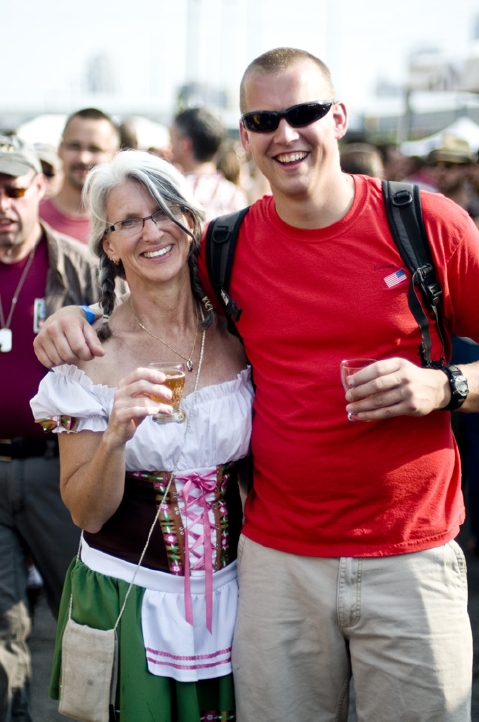 Jon Behm (jonbehm@gmail.com) is a Minneapolis-based photographer and writer. While his specialty is music, Jon has a wide variety of interests that tend to take him all over the Twin Cities on a daily basis.

Correction 9/17: This event was the Ninth Annual Autumn Brew Review, not the fourth annual as this article originally stated.