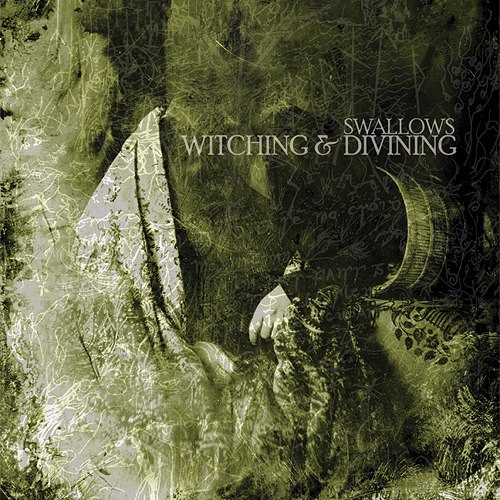 Swallows are fairly good at recreating a sound on the order of Ye Olde English Folk-Rock with their album Witching & Divining. They’ve got guys who play that sort of sinewy, finger-picking acoustic guitar you used to hear with groups like Pentangle and Fairport Convention and the kind of light, insistently driving drums that are Mick Fleetwood’s time-tested trademark.

The rustic, layered vocal arrangements as well have that feel from ages ago—as do the most of the lyrics, singing of barleycorn, vineyards, raiders storming the village, and such. Added to which, the playing is pretty good, most of it done by multi-instrumentalists Jeff Crandall and Tyson Allison, their main instruments being acoustic and electric guitar respectively. The material itself, from thoughtful lyrics to solidly crafted melodies, works just fine.

Now if only they’d go out and hire a decent lead singer. Either that or bring their cellist-vocalist to the fore. Crandall grates on the ear, serviceable enough but coarse without any real redeeming quality. There’ve been plenty of coarse singers who get the job done: Joe Cocker, Eric Burdon, a whole list. Their chops, though, are qualified by character, a distinct persona. On the rocking rouser, “Long Long Shadow,” which calls for a forceful, emotive turn, Crandall does a lot of throaty yelling and that’s about it. The song does end with a great interlude featuring feisty acoustic and lilting electric guitar and rollicking drums with somebody dropping in on a tasty fiddle.

“High” is a pensive ballad with a nicely eerie arrangement to it so compelling you can imagine revelers in a tavern raising their tankards to sing along on the chorus, “High, high, high, Lord/ High, high, high, set fire to the sky.” It’s marred only by Crandall croaking along like a watered-down Tom Waits. The final go ‘round gives you a good idea whose voice ought to be out front when Tinetti who goes solo on that last verse, rings clear and sweet with bell-like presence not far removed, in fact, from, say, Sandy Denny. Similarly, “Rattle Them Bones,” engaging with the feel of a pirate ditty, is wonderfully effective—except the sandpaper vocal is woefully pedestrian.

Let it not be said the musicianship on Witching & Divining is the least bit lacking. Swallows just need to replace their singer.