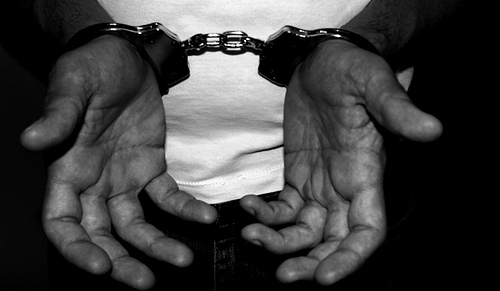 “We have a crisis in public education especially for black males,” according to St. Catherine’s University Professor Nancy Heitzeg. Zero tolerance policies, born out of the language of the war on drugs which created the Gun Free Schools Act of 1994, resulted in kids being suspended and expelled at much higher rates, with “incredible racial disparity,” she said. “What we see nationally and in Minnesota is that African American males are six times more likely to be suspended from school, but there’s no indication that they have more disruptive behavior than white students.” She also suggested that No Child Left Behind era policies encourage schools to push out students who are dragging down test scores, which, combined with a growing police presence in schools, have pushed up incarceration rates for young people.

Heitzeg was one of the panelists at the sixth annual “How are the Children” symposium held at the University of St. Thomas School of Law on March 20. In a panel called “The Black Boys’ Burden: Educational Equity and Cultural Challenges in the Classroom,” Heitzeg said young black men are locked out of well resourced schools, gifted and talented programs and postsecondary options and pushed out into the prison pipeline.

St. Thomas law professor Nekima Levy Pounds, who also spoke on the panel, said it was important to examine stereotypes as an excuse not to go the extra mile in terms of closing the educational gaps as well as the gaps in terms of juvenile justice. The tendency, she said is to blame the parents, instead of thinking about how we can work collectively. It’s important to ask questions, she said, about what happens when a group is marginalized and demonized, and to not use that as an excuse not to educate their children.

“There are some things happening in the schools that lead to a disproportionate amount of suspensions, expulsions and special education referrals for our young men of color, especially African American boys,” said James Burroughs, executive director of equity and diversity and family and community engagement at Minneapolis Public School who spoke at another panel during the symposium called “The Space Between: Gaps in Discipline, Expulsion and Special Education.”

“The discipline gap is a serious problem,” Brandon Royce-Diop, another panelist and advocacy fellow with the African American Males in Education Advisory Committee (AAMEA) pointed out, “because if you’re not in school, you’re not learning.” To Royce-Diop, who has partnered with other organizations on a local and national level to address suspension issues through the MN Solutions Not Suspensions Campaign, an initiative of the Minnesota Minority Education Partnership and AAMEA, suspensions are a failed practice that leads to more suspensions. He noted suspensions don’t allow for mediation or the possibility for building a relationship between the teacher, parents and student after a situation has occurred.

According to Burroughs, one of the ways that Minneapolis Public Schools are working alleviate some of their discipline problems is to partner with Royce-Diop and MMEP on a new Behavior Standards Project. The project aims to work with the community, parents, students, teachers, and staff to examine possible alternatives to suspensions or special education referrals to keep kids in the classroom. “There is a crisis amongst the children. It is time to do something folks,” he added.

In regards to the Behavior Standards project, Royce-Diop doesn’t believe that it is solely a behavior issue. “It’s a problem with the system,” he said, “If we’re going to address the issue head on, then we need to completely revamp the way that we operate with respect to understanding student behavior, understanding student behavior, understanding how reactions from school staff can create conditions whereby students react and act. And that punitive discipline isn’t going to happen, particularly for black and brown boys.”

Minneapolis Public Schools offer a more restorative alternative to expulsions. The school district has partnered with the Legal Rights Center, a non-profit law firm in Minneapolis, to offer alternatives including “Restorative Family Counseling.” The program is designed to help participating students clear the expulsion from their record and play an active role in repairing the harm in their situation. According to a 2012 article, the program has so far only been used for expulsions and not for suspensions.

Many of the panelists repeatedly expressed the need for parents and community members to get involved with board meetings and events at Minneapolis Public Schools to help shape the decisions made that affect some many local young people. Recently, Minneapolis Public Schools held two listening sessions to collect feedback from parents and community members about their Behavior Standards Project. The third and final session will be held on April 11 at 5:30 p.m. at South High School. For more information about future board meetings and events, contact MPS at 612.668.0230 or http://www.mpls.k12.mn.us/calendar