You no doubt know the African proverb: It takes a village to raise a child, a phrase brought to America’s attention by Hillary Rodham Clinton in a book she authored.

It’s that same concept that helps explain what’s going on in two of the poorest and most racially diverse neighborhoods in St. Paul these days, a 250-block area of the city now taking on a new nom de plume: St. Paul Promise Neighborhood.

That community approach explains why six action groups made up of dozens of community members have been meeting since the beginning of the year, why Wilder Research is analyzing and parsing out new data collected door-to-door from surveys of 680 households with school-age children in these neighborhoods, why there’s a Community Conversation tonight, May 5.

It’s all about the children. The aim: to help every child in the Summit-University and Frogtown neighborhoods to be successful “from cradle to career,” many against significant odds.

Those barriers turned up in answers to about 90 questions in a neighborhood survey completed in April. Some survey results will be reported at the community meeting while other information is still being analyzed.

Among the findings, indications of possible barriers to school success:

The intended method to overcome these and other possible obstacles to success: engage people in the community and every educational, social, medical and municipal service working together to support the kids’ efforts, on a scale similar to the successful Harlem Children’s Zone program.

Think: eliminating the academic achievement gap between whites and students of color and developing a college-going culture.

The St. Paul Promise Neighborhood initiative is remarkable for its breadth. Funded by both federal and local money for a one-year planning phase, the effort encompasses not only the children and their families but also the city, the St. Paul School District, Ramsey County and a lengthy list of nonprofits and foundations coming together to figure out a success strategy. 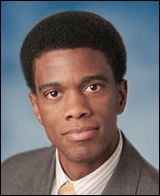 Yes there’s cynicism in these very same neighborhoods, a feeling nothing is going to change. “There’s absolutely cynicism,” says St. Paul Council member Melvin Carter who represents the area, but there are also “hopes and dreams for children in our schools to believe in themselves and reach their potential.”

Take the interviewers going door-to-door, for instance, and that survey, results of which are still being analyzed by Wilder. It’s drawn a lot of attention among residents of this area bounded by Lexington Parkway on the west, Rice Street on the east, Pierce Butler on the north and Selby Avenue on the south.

“We’re going to use this information to work with you, not against you,” Project Director Hamilton E. Bell tells neighborhood residents when they ask why they’re being surveyed.

“This neighborhood has been beat up, but they have to recognize what they have, recognize their strengths and figure out what we need to do so their lights will turn on…to be successful from cradle to career,” says Hamilton, a St. Paul schools principal on loan to the program.

The survey is different from U.S. Census and American Community Survey data, says Muneer Karcher-Ramos, lead researcher, because of its extreme local focus and its goal to “understand the characteristics of the neighborhood, of the caregivers and children, as well as the needs and strengths of the community.”

Efforts were made to contact every one of the 7,521 households, ferreting out those with children 18 or under living there, Karcher-Ramos said. Interviews were conducted in any of seven languages.

Still being organized and analyzed as of late last week were answers to the open-ended questions which generated 400 pages of “raw data.” Among those kinds of questions were these, Karcher-Ramos said: “What is your family’s greatest need day to day? What is one thing likely to hold your children back from reaching their full potential? What one thing helps most to meet the needs of your family? What strengths or skills do you or others in the household possess that you can contribute to the community? What is the best thing about your community in terms of raising children?”

Individuals list as their strengths, he said, being a good neighbor, a church-goer and volunteer and pluses in their community include friendly neighbors, convenient locations of schools and stores, as well as cultural diversity.

The project was made possible as of last fall when St. Paul won a one-year, $500,000 federal phase one planning grant from the “Promise Neighborhood” initiative, the only Minnesota city to win the award from the U.S. Department of Education, one of only 21 organizations across the country to receive such funding. The city’s application ranked fourth highest. The city then raised $250,000 in matching funds and in-kind contributions from area philanthropies and other partners.

The Promise Neighborhood grants were inspired by the Harlem Children’s Zone in New York City, a program that has garnered national acclaim for its network of services from birth through college and success in closing the achievement gap.

“Our goal is not to replicate their model or their formula, but their success,” Carter said at a media briefing on the program a couple of weeks ago. St. Paul, he said, is “a community that hasn’t figured out the recipe yet but has all the ingredients” for closing the achievement gap.