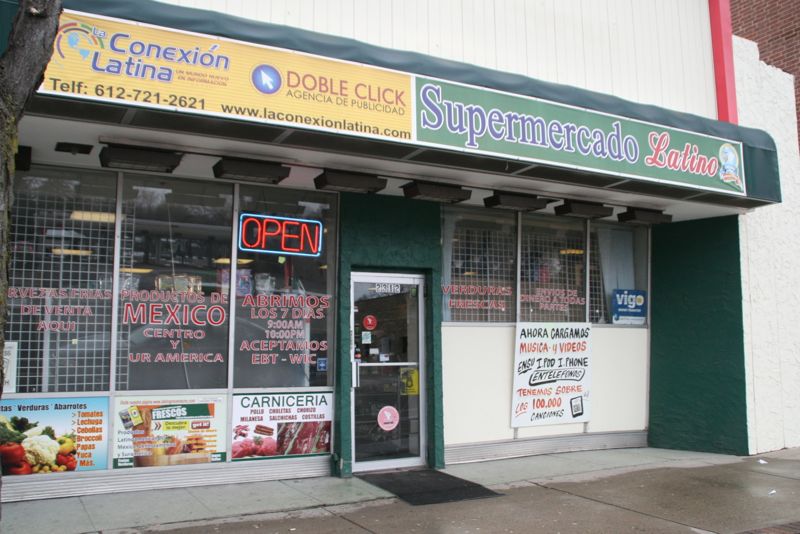 A sign on the window of Supermercado Latino at 2312 Central Avenue announces “Produtos de Mexico,” but don’t be fooled. This isn’t just another neighborhood Mexican grocery store. This small and somewhat dark little grocery caters to those who grew up with the foods of the Andes and for those just discovering them.

The dishes from this region of the world are as close to Mexican as Italian food is to German. The dishes tend to be flavorful but not chili driven. You’ll find a lot of star anise, cinnamon, cumin, and cilantro in foods from the Andes, but even when hot chilies show up, they’re used in moderation. Expect a lot of beans and potatoes, corn, pork, beef and mild white cheeses.

Almost nothing sold here is ready to eat and be warned that the recipes from these countries—mostly Peru, Ecuador, Bolivia and Colombia—are labor-intensive. A sign on a white board says, “Todo para su fanesca esta aqui,” or, “Everything you need to make fanesca [an Easter soup from Ecuador] is here.” There are 18 ingredients listed. 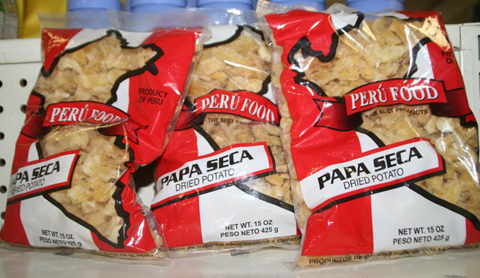 And there are mysterious items on the shelves, too. Packages of papa seca—chunks of dried potato in yellow or purple—are used to make a pork dish called carapulcra, one of the national dishes of Peru. Drying the potatoes not only preserved them, but also made them lighter and easier to carry long distances. Now, it’s just comfort food. The recipe on the package, in Spanish and English, lists as an ingredient “10 ring crackers, ‘rosquitas’” and advises that you buy these little anise and sesame pastries at your local bakery. I’m still looking for a local Peruvian bakery, but until then I’ll bet that a little star anise and some sesame butter could substitute. 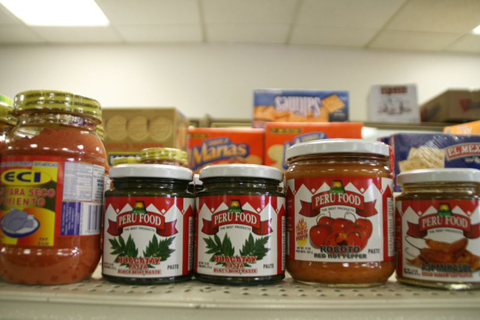 You can find jars of huacatay (black mint paste) made, not from mint, but of a type of marigold unique to the Andes and used to make a Peruvian green sauce. I also found jars of ulluco or mellocos, unknown in North America, but after the potato, the second most popular root vegetable in the Andes. 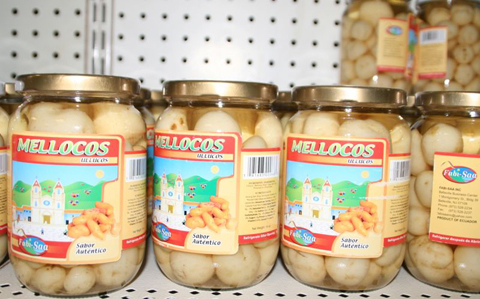 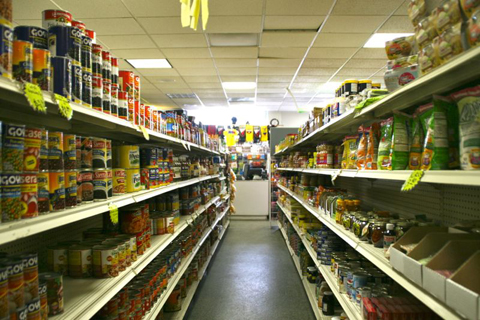 Even some things that might seem familiar at first glance are not. Canned beans include the hard-to-find canary beans, green pigeon peas in sauce, pink beans with olive oil, cilantro and onion and Frijoles Antioquenos, a classic bean dish from the Antioquia region of Colombia. I cooked up a can of this with some caramelized onions, a whole head of garlic cloves and some skinless, boneless chicken thighs. It was really good: flavorsome, cheap, filling, and nutritious. 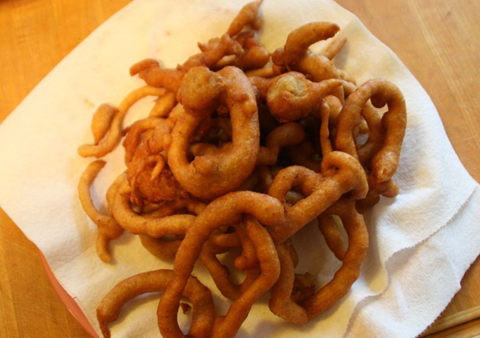 With help, I deep-fried up a box of an instant Peruvian doughnut mix. The ingredients include sweet potato flour, Peruvian pumpkin flour, cloves, cinnamon, and anise. That’s got to be good for you, right? I’m claiming it’s nutritious, too.

The mix comes with its own plastic pastry bag. The directions say to “form a circle like a doughnut no larger than three inches in diameter,” but squeezing batter from a pastry bag into hot oil is harder than it looks. Our doughnuts ended looking more like funnel cakes. They tasted just fine though and looks aside, topped with some of the traditional molasses that comes with the mix or with some sugar sprinkled on top, they rival what you’d get at the State Fair. 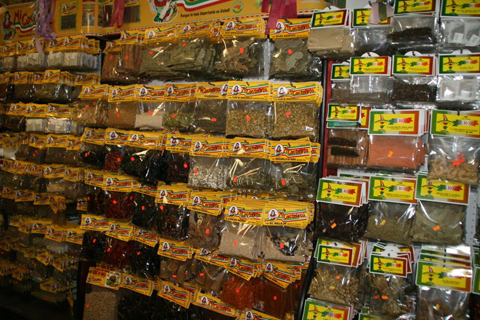 The store carries a large selection of cooking sauces, pastas, dried beans, South American soft drinks and a small selection of meats. They have a huge wall of herbs, culinary and medicinal. The store also houses La Conexion Latina, a Latin American marketing company, in an office in the back. 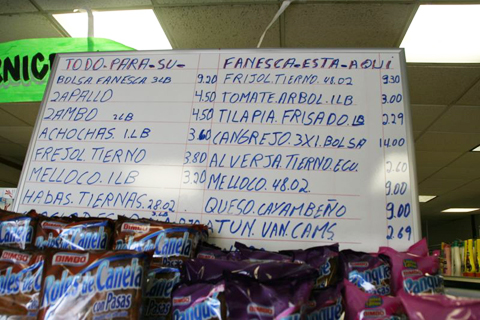 Customers of Supermercado Latino are mostly recent arrivals from South America, but one group who wandered in off Central Avenue was not. Youth group leader Keegan Holfeld came to the store with six shy teenagers from the Lewis Lake First Covenant Church from Ogilvie, Minnesota, a town of 369 people and barely on the map. They’d come to the Twin Cities for a church training weekend on the theme “invisible people,” focusing on the poor and the homeless. Each student was given a dollar and told they’d have to find lunch with it. “They can pool their money, if they want to,” said Holfeld. “That’s six dollars for six people.” They didn’t buy anything at the store, but Holfeld smiled as he walked through the aisles. “I’m a trained chef,” he said. “I like this place. I’d like to shop here.”