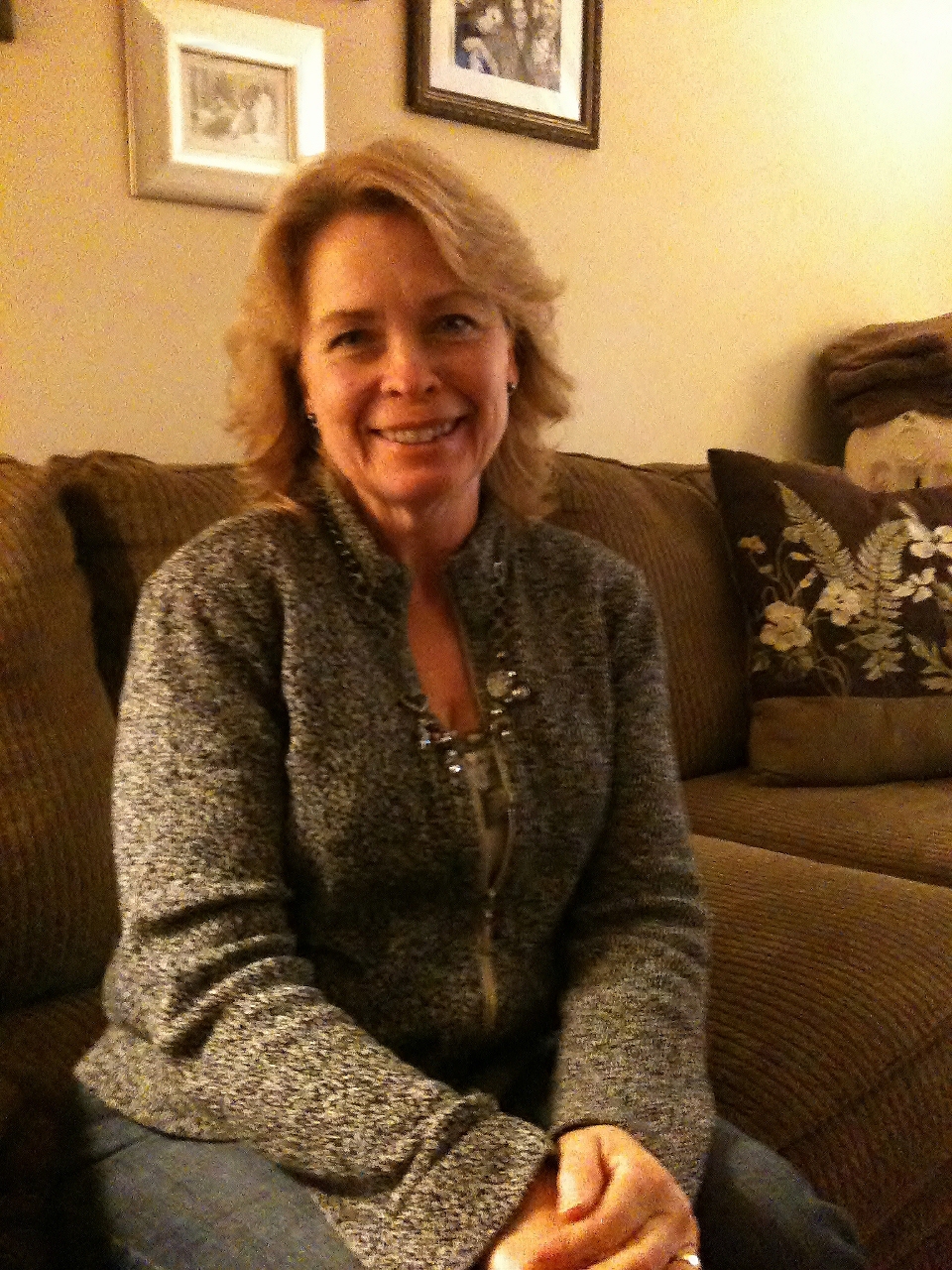 What does a house cleaning business owner, a traffic calmer, community garden planner, block leader, an empty nester of five children, and grandmother of three, do in her spare time?

Libby Furlong, a 21-year native of Summit Hill, has had her gardening hands in a lot of neighborhood activities for the last several years. It all began thirteen years ago, with concerns about traffic safety and speeds along St. Clair Avenue. Two events “hit” very close to home—quite literally. One of Furlong’s own daughter’s was hit by cars—twice between 1999 and 2001—while crossing St. Clair near the Linwood Recreation Center playground.

She had impassioned discussions with a group of her neighbors – who had their own concerns; and with the St. Paul police and City Public Works and eventually the SHA Pedestrian Safety/Traffic Calming Committee (PSTC) about finding ways to improve pedestrian safety on St. Clair. The neighbors and the PSTC Committee asked and got approval from Public Works to have a traffic/pedestrian study done around 2004.

Based on the results, Public Works recommended that the city fund and create curb bump outs (an extended curb that narrows the street to traffic) to increase pedestrian safety along St. Clair Avenue at the intersections of Oxford, Milton and Avon. The bump outs would finally be created in 2006 when the streets west of Victoria were reconstructed. No doubt about it….the concerns and passion of Furlong, her neighbors and the PSTC Committee members got the attention of Public Works staff and shaped the SHA neighborhood planning process for street reconstruction and specifically for improved pedestrian safety along St. Clair.

About the same time that pedestrian safety was being discussed by Furlong and others, another issue appeared with a growing bit of noise pollution and late-night partying around the outdoor basketball court at Linwood Recreation Center across from her home. “We’d be hearing partying and glass breaking,” she said. “It really started becoming problematic.”

Furlong began meeting with neighbors, talking with St. Paul police, the Linwood Rec Center Director, SHA’s Executive Director and Crime Prevention Coordinator so that together the problem was eventually resolved with the Center putting night time locks on the basketball hoops. No small part of the solution came from Furlong and her neighbors consistently calling the police and 911 for two months when noise and activity at the ball court was heard and seen until the individuals tired of “the attention” from the police.

Furlong said now she learned a lot from these early efforts for positive environmental change. “It’s always a learning process—you learn how to work with people, how to express concerns,” Furlong said. “When problems are resolved, you feel really good. You feel more connected to the neighborhood and find that you really can make a difference.”

Now Furlong’s breaking ground again—this time for real. Furlong’s latest project has been to join with neighbors throughout Summit Hill in visioning, planning and creating the Summit Hill Community Garden to be located at Linwood Park – and scheduled to open this summer.

Furlong has always been interested in organic food and access to healthy foods (she once worked at Whole Foods on Grand Avenue and Mississippi Market on Randolph). So when the SHA Environment Committee started talking among themselves and to area residents about a community garden, she put on her volunteer gardening hat.

Furlong admits to having plenty of green space for growing her own lettuce, chard, kale, and spinach to name but a few greens, but realizes that others need space, too.

“I was surprised to learn that over 50 percent of people in Summit Hill don’t have green space — whether they’re renters or owners of condos,” Furlong said.

In February 2012, the Summit Hill Community Garden Task Force formed. Furlong and a group of about 15 others have been meeting monthly since. The Task Force includes a design group, which Furlong belongs to, a fundraising group, and the entire group of 15 or so will be picking up a shovel come summer to start the garden.

Furlong’s latest talks with the City of Saint Paul, involve securing a permit for a garden fence. But it won’t be any old fence, according to Furlong. The fence will be more like a trellis for plants to grow on.

The ‘green fence’ is one of many permaculture design concepts that the group has envisioned for this organic garden.

Even though Furlong spends about 15 hours a week in her own garden during the growing season, she plans to stay involved in the community garden.

“With community involvement, I think you develop a deeper sense of belonging,” she said. “It’s always a great way meet a lot of people – get out of your comfort zone.”