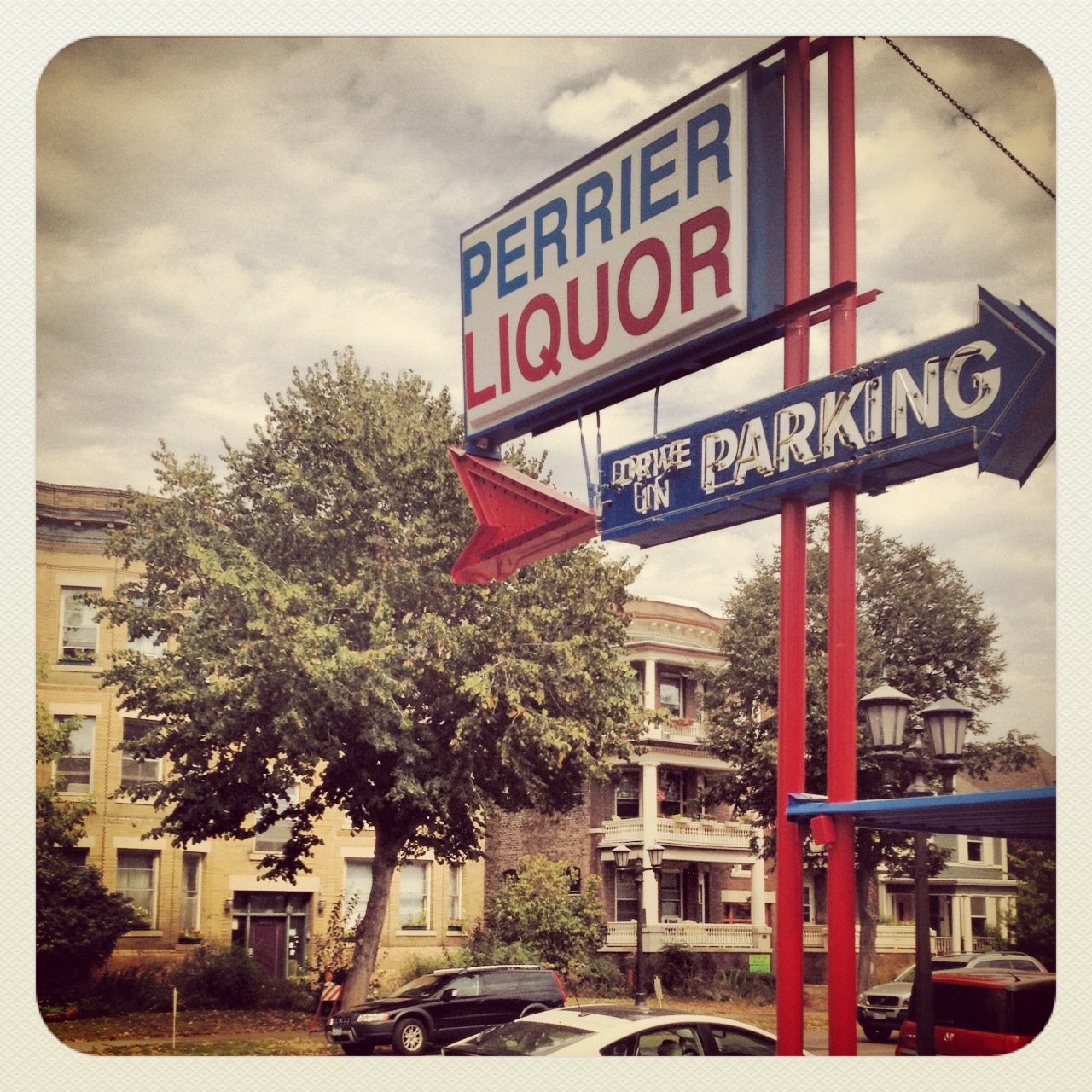 In May of 2012 the Perrier family opened Perrier Wines and Liquors at the location that had for decades been Ramaley Liquors, one of Grand Avenue’s most prominent liquor stores. The Perriers have experience in the liquor business, owning stores in both Eagan and Bloomington. The Grand Avenue location is managed by Alison Perrier, a Grand Avenue resident who in 2007 graduated from the University of St. Thomas with a degree in international business.

When the business opened in 2012, it replaced shelving, relocated the check-out, and significantly increased the selection of beers, wines, and spirits. The store now has seventy percent more inventory and three times the selection of craft beers. Craft beers—and particularly local craft beers—are a store specialty: the store carries beers and ales brewed by Summit, Surly, Steel Toe, Indeed and many other local breweries. Wines and “brown goods” (Scotch and Bourbon) are also store specialties.

With respect to wine, Alison Perrier sports an impressive background, having worked in a vineyard in Malaga, Spain and having been an on-site representative for national beverage distributor Wirtz Beverage Group (the company that purchased the St. Paul liquor business Griggs, Cooper in 1956). With her knowledge of wines, she has been able to distill the wine list so that the store focuses on interesting wines of quality rather than numbers of producers. The store is open to customer suggestions. Ms. Perrier observed, “The neighborhood has sharp, avid customers. We listen to our customers and are willing to take their suggestions.”

The store has novel sales promotions, including an upcoming “Wines We Loved in 2013,” event, which will highlight ten 2013 wines that customers or store employees found to have particular merit. In March, the store will hold an outdoor brewing event, with a demonstration of a gravity-fed brewing system—a system that was shown during a 2013 Octoberfest event held on Grand Avenue. Perrier Wines and Liquors also sponsors store events with other Grand Avenue business, including The Golden Fig and The Oilery. The store carries drink mixes produced by The Golden Fig and holds tasting events that include The Oilery’s oils and balsamics being tasted alongside wines. The store also displays art from local artists on a rotating basis.

While it is clear that there have been many changes at the former Ramaley Liquor location, one constant is the sign. When it opened, the Perrier family wrestled with the question of whether to replace the dilapidated sign with something distinctive and new. Ultimately, the Perriers helped retain the visual character of Grand Avenue by renovating and restoring the old sign, changing only the name.

Perrier Wines and Liquors is located at 666 Grand Avenue, between Dale and St. Alban’s Streets.