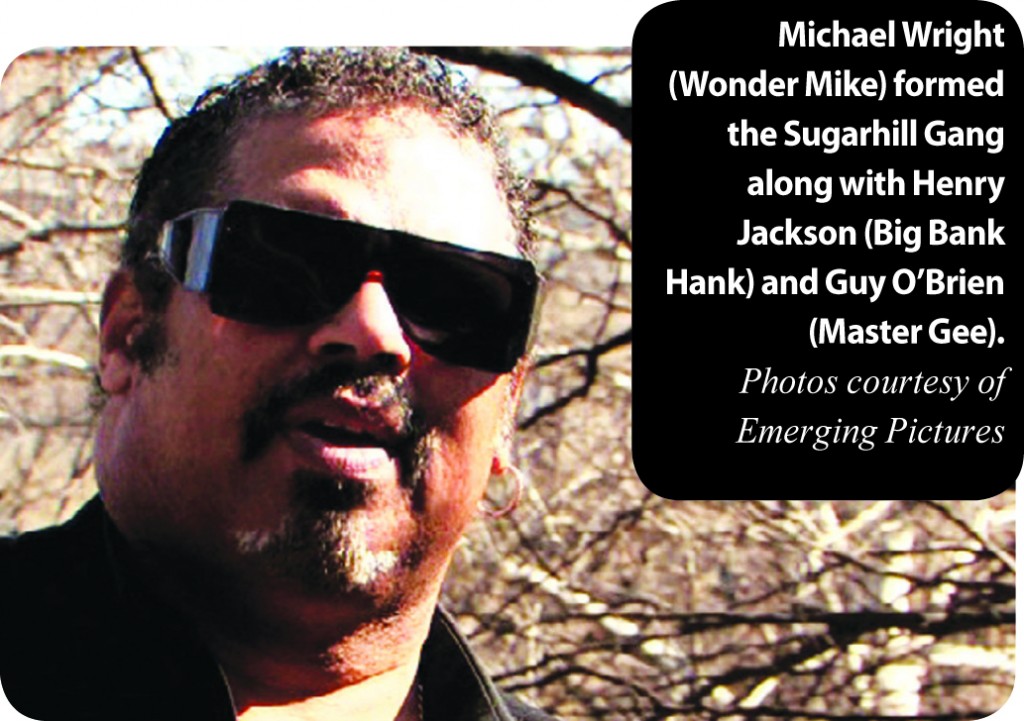 The 2011 documentary I Want My Name Back makes its Minnesota premiere March 14 at the Trylon Microcinema in South Minneapolis. It documents the rise and fall of the Sugarhill Gang, which is widely credited for kick-starting commercial hip hop music in 1979.

The story on how the group came together has been considered one of the most controversial stories in hip hop: The late singer Sylvia Robinson reportedly heard Henry Jackson rapping and asked him if he was interested in joining a group. Jackson then became Big Bank Hank, and teamed up with Wonder Mike (Michael Wright) and Master Gee (Guy O’Brien) and formed the Sugarhill Gang in 1979.

Their first single, “Rapper’s Delight,” became and still remains the biggest selling hip hop single of all time, and the group went on to release other hits such as “Apache,” “8th Wonder” and “Living in the Fast Lane.”

“‘Apache’ is an anthem at stadiums around the country and around the world,” added Paradiso.

The film features two of the former group members who also discuss their three-decade fight with its former label for rights to their music and their name.

“Let’s say [it’s] Paul McCartney, and somebody could take [his] name and trademark it, and put somebody else out there as Paul McCartney. I never heard of Paul McCartney and John Lennon writing songs that they got credit on when the records [were] released, but 30 years later their names aren’t on the songs. That is crazy,” said Paradiso.

However, Paradiso said he initially resisted doing a film on the Sugarhill Gang. “I kept thinking it was a sex, drugs and rock and roll story. I felt we didn’t need another one of those,” he admitted. “But when I met the guys and starting talking to them, I found that it was human rights versus artist rights.”

“We got tired of turning on the TV and seeing everyone else telling our story,” admitted Wonder Mike in a separate phone interview. “We decided that Roger was the best person” to document their story on film, he noted. “It’s dead-on accurate.”

Among the false stories Mike quickly disputes is that “Sylvia Robinson put us together and taught us how to rap,” he notes. He, Jackson and Gee “showed up” to perform at a local club to an open mike event in 1979 “and somehow my DJ gave Miss Robinson the idea to use [the Chic hit] ‘Good Times’ for the music [they performed].

“There was no such thing as sampling, so we got a group out of Pennsylvania called Positive Force, who had a couple of big hits — the biggest one [was] called “We Got the Funk,” continues Mike. “They recorded the music on a Monday and laid it down in about eight hours, and we came in the same day and in 17 minutes we did the lyrics for ‘Rapper’s Delight,’ which is a 15-minute song.”

Another falsehood is that they didn’t write songs: “‘Rapper’s Delight’ was gleamed from our repertoire,” argued Mike. “The only thing I wrote for it was the intro.”

Sugar Hill Records “messed with two brothers they shouldn’t have messed with,” said Mike. “We’re hardheaded and we don’t go away. Right is right, and principle is principle. It’s a 33-year long struggle and battle with this company, and we will never give up.”

It bothers him that others are benefiting financially on what he, Gee and Jackson did: “When there is a plush toy and you squeeze it, and ‘Rapper’s Delight’ is played, we don’t see any of that money,” said Mike. “We don’t see a damn dime of it. That’s a major part of [what] the doc[umentary] is all about. People like to be acknowledged for their work.”

“What did we do to them?” said Mike on his group’s profits and publishing rights, along with their names stolen from them by their label, who took his and Master Gee’s names off of recordings that they wrote and performed, and reportedly trademarked the group name through false documentation.

“We were very young — I was 22.” Sugar Hill Records “could’ve been the Motown of hip hop. They had us, Grandmaster Flash and Furious Five…but they didn’t expand. They didn’t [have] any kind of vision or creativity — it just ripped off the people they had. It puts a sour taste on things in how it turned out.

“If we are not going to get the monetary rewards, then somewhere there should be [some] acknowledgement for it,” surmised Mike.

Today, Mike and Master Gee are still performing. “I play bass, Master Gee plays drums and everyone else plays keyboards,” said Mike, who adds that their group also includes his son and two cousins “and we are making some new music. We had Melle Mel from Grandmaster Flash on a cut. We just did a few shows in Canada. We are still hammering away. We’re not playing — we’re doing some serious music.”

“It is a fight for their lives in terms of trying to make a living,” said Paradiso of Master Gee and Wonder Mike, the stars of I Want My Name Back.

“They want their names and legacy back.”

I Want My Name Back will be shown March 14, 7 pm at the Trylon Microcinema, 3258 Minnehaha Ave. South in Minneapolis.