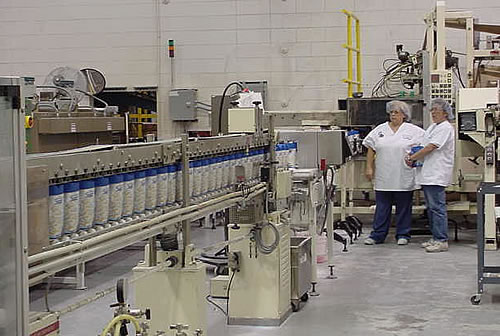 Some 1,500 workers at American Crystal Sugar Company facilities in Minnesota, North Dakota and Iowa may be locked out of their jobs next week if no contract agreement is reached, union leaders said. The Minnesota AFL-CIO has launched an online petition to support the workers. “The company began speaking about a lockout last year and has been preparing for it ever since,” said John Riskey, president of Local 167G of the Bakery, Confectionery, Tobacco and Grain Millers Union and a member of the union negotiating team.

“They had absolutely no intention of negotiating a new contract in good faith. And that is illegal,” he said.

Union negotiators met with the company for 11 negotiating sessions to replace the current contract, which expires July 31, but little progress has been made, the union said. On June 29, American Crystal Sugar management announced that if a new contract is not agreed to by July 28, it would lock out employees at all of its facilities.

When negotiations began May 6, the company came to the bargaining table with more than 40 pages of proposals to radically overhaul the contract, give the company the ability to outsource jobs and burden employees with increased health insurance costs, the union said.

The union has proposed a settlement similar to the one Local 167G settled with another sugar beet producer, Minn-Dak Farmers Cooperative, in May.

According to BCTGM International Vice President Steve Bertelli, who is assisting with the negotiations, the motive for the company’s actions is unclear, considering that the sugar beet business is booming and the company is doing very well financially.

“I am not sure why they would want to lock out our hard working members and bring in folks from out of town who may or may not be able to process the beets,” Bertelli said. “This could devastate the farmers, and will certainly hurt the communities as a whole.”

For generations, the sugar beet industry has been the lifeblood of northwest Minnesota’s Red River Valley, the Minnesota AFL-CIO says in a statement posted on the labor federation’s website.

“Sugar workers have always stood shoulder to shoulder with American Crystal Sugar and farmers to protect and advance the sugar industry.

“Together, the workers, company and growers have helped to build the local economy, support families, and made communities flourish. Now, American Crystal has put all of this in jeopardy by threatening to lock out workers if no agreement is reached between management and the workers by August 1.”

The federation is asking supporters to sign a petition to American Crystal Sugar CEO Dave Berg that says, in part, “We respectfully urge you to reconsider your take-back plans and let your union workers stay on the job.”