Steve Jevning hopes the eclectic group of tinkers, artists and hobbyists touring the shuttered Whitaker car dealership on Saturday can see beyond the emptiness and envision what drew him to the building-its potential.

“We would like to create a community center for builders, tinkers, craftspeople, artists, geeks and gear heads,” said Jevning, founder of Studio Bricolage, a tinker’s paradise.

Studio Bricolage is a non-profit program for adults and teens who enjoy playing with power tools. It is a haven for imaginative people with an unquenchable desire to take things apart and make something new.

Created in 2007 as an offshoot of the popular kids building program, Leonardo’s Basement in Minneapolis, Studio Bricolage has outgrown its current space. Jevning, wants to lease or possibly buy the Whitaker building and make it Studio Bricolage’s new home. However, the 40,000 square foot building is more than twice the space Jevning needs, so he invited potential tenants to tour the facility and see what all it has to offer. He believes the high ceilings, paint room and drive in basement can accommodate the needs of a diverse group of people. Potential tenants can range from artists to mechanics.

“We’re trying to be as broad-minded as possible as to who can be tenants,” Jevning said.

Studio Bricolage (Leonardo’s Basement) is seeking to form a community work/play space at 1225 University Ave in St Paul MN (near Lexington). Today was “kick the tires” day as prospective tenants looked at the space.

In addition to being a hub for hobbyists, Jevning wants to create a community center that supports the other businesses along University Avenue, by creating a community space and a lively place in an area where businesses are being hit hard by light rail construction. His ideas range from a “take-in” restaurant to theater in the windows. A take-in restaurant would be a place where people could order or bring food from other restaurants and eat in this space. 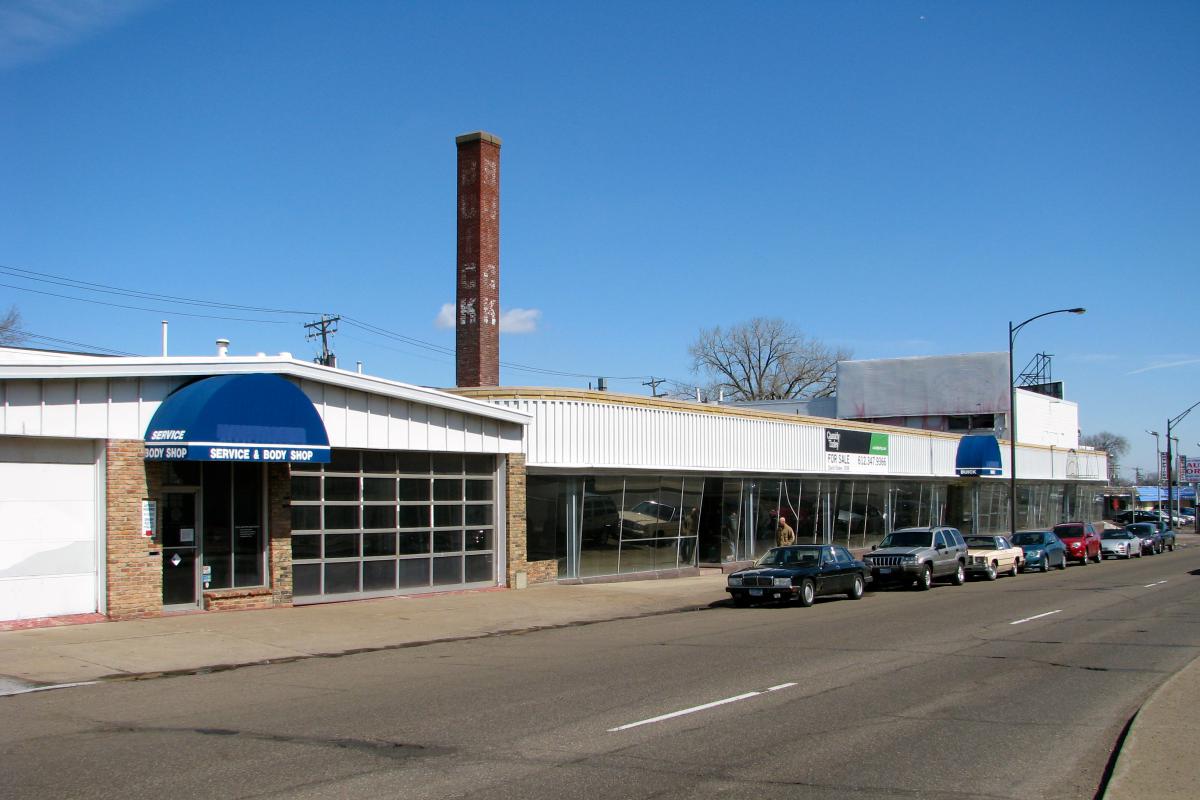 The Whitaker building would be exclusively for their adult/teen programs. Jevning plans to maintain Leonardo’s Basement in Minneapolis, where it has existed since its creation in 1998.

In addition, last year, Jevning entered into a partnership with the City of Saint Paul to lease the Griggs Recreation Center and bring Leonardo’s Basement to Saint Paul. Jevning stated he is pleased with this location and plans to continue this partnership.

“We like the Griggs location because we can use it to build bigger projects,” Jevning said.

Jevning was impressed with the steady stream of people walking through the door to see the Whitaker space and hopes a few will consider leasing a portion of it. If so, he will be one step closer to Studio Bricolage having a new home in the next few months.