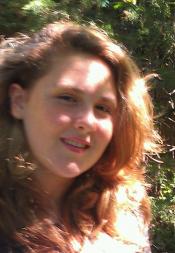 In past years, St. Paul students could apply to any high school in the district and get bus transportation to that school, if there was enough room.

When Olivia Nofzinger was an eighth grader last year in the St. Paul Public School District, Central High School was her first choice high school. She was on the high school’s swim team that year and had a lot of friends.

Nofzinger applied to go to Central for the 2011-2012 school year, but she didn’t get in, she said. It wasn’t because of the district’s new “Strong Schools, Strong Communities” plan, but Nofzinger doesn’t plan on trying to transfer later on, so she’s going to Como Senior High.

The plan will be implemented in stages over the next three years, but the major changes start in the 2012-2013 school year. That’s when the district will be divided up into six areas, areas A-F. And a bus ride to school will only be provided to the “community school” in your area and magnet schools.

In past years, St. Paul students could apply to any high school in the district and get bus transportation to that school, if there was enough room.

Nofzinger, who lives in area E, applied to Central, which is located in Area F. If she had gotten in to Central in 2011-2012, Nofzinger could’ve gone, but she wouldn’t be able to ride the bus to school starting her sophomore year – 2012-2013. Ninth and tenth graders at schools during the 2010-2011 school year will be given transportation for all four years.

“It was extremely disappointing, but I guess I can’t do anything but deal with it,” Nofzinger said.

The school board passed the plan in March, making drastic changes to the schools in the district that have students excited and concerned.

One of the changes will standardize curriculum in core classes, which would mean, for example, all algebra classes will have the same curriculum in every school.

By limiting the distances buses drive – along with cuts to staff and administration funding – the district will save about $10 million, according to the district’s website.

If Central junior Paige Norman were three years younger, she would probably not become a Central student. Although Paige supports the plan, when she imagined going to Como High School, which would be her community school, she got a funny look on her face.

“I really (wouldn’t) want to go to Como,” Norman said.

Based on the new areas, Norman would have attended Como, which she perceives as having fewer educational perks for students. She said she would have been “concerned about the lack of opportunities in the school.”

Norman said Central is kind of thought of as a bully in town, especially in sports, because it draws students with its sports, academics, like its IB program, black box theater and after-school clubs.

Norman loves the school culture and after-school opportunities and clubs, which she said is not matched by what she’s heard about other schools in the district.

“It think (the change) is going to be tough the first five years,” Norman said. “These schools have set standards, so you have some schools that are farther behind others.”

But she said she understands the district’s idea is that if students attend schools like Como, they could do things like start a Russian club, instead of having most of the students interested in that kind of club applying to Central.

“The idea is that Como will not have different educational opportunities as Central. They will be the same classes, but with different teachers,” Silva said.

Another concern of some students is the impact of this plan on schools’ racial diversity. Emma Grundhauser, a junior at Central, actually spoke out against the plan with three other Central students at the March board meeting because of her fears that it would destroy her school’s diversity.

Grundhauser said that it would be a pain for her parents to drive her to and from Central. If she couldn’t take the school bus, she probably wouldn’t go, and she thinks other teens will also have a tough time getting themselves to school.

Although Norman has concerns, she supports the plan. And she doesn’t think it will re-segregate the district.

“My dad and I both agree this plan is a great change in the district and should help solve some problems,” she said. “This plan could build strong communities, or it could tear them apart.”