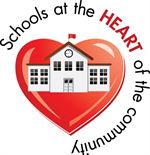 With a $27 million shortfall in 2010 and a looming $20 million shortfall in 2011, St. Paul schools have been faced with hard choices. The response, presented by Superintendent Valeria Silva on Tuesday, January 11, is a three-year strategic plan called “Strong Schools, Strong Communities,” placing “schools at the heart of the community.” The plan will now go to six community meetings (see sidebar), and then to a school board vote on March 15.

While the plan covers three years, changes proposed to take effect in September, with the 2011-12 school year, include:

Overall, the strategic plan focuses on three goals: achievement, alignment, and sustainability, with the heaviest focus on the goal of achievement to address what SPPS describes as the “predictable pattern of lower achievement for students based on income, race and ethnicity.”

According to documents on the SPPS website, the goal of achievement will be met with strategies including

The second goal – alignment – focuses on quality choices for all students in their own communities. By 2014, the plan calls for “consistent, reliable academic supports at every school (academic specialists, nurses, libraries, classroom technology, family and mental health supports)” and clear K-12 pathways for each student, with the district organized in six geographic areas.

That would mean less busing and fewer magnet schools. Magnets are not needed for either academic achievement or integration goals, according to the planning documents. “Data shows that students do better in schools closer to home,” according to the presentation, and “Saint Paul is a naturally integrated city.”

Regional magnet schools could serve two or more geographic areas and a limited number of district magnets would enroll (and transport) students from the entire city. Four kinds of magnets are proposed:

If approved, the new geographic alignment would phase in over three years, beginning with high schools in 2012 and elementary and middle schools in 2013. (Currently enrolled 9th and 10th graders will be grandfathered into their present high schools.) The district has prepared an individual information sheet for each school, detailing what the plans for that school are for the next three years.

The third goal set out in the strategic plan is sustainability: “SPPS will work with unions, the city, the county and our funding partners to preserve programs, services and staffing. Funding will be centralized to better distribute resources where they are needed most and investments will be made in programs with proven results.”

The plan is short on dollars-and-cents details, but points to expected increases in enrollment as a way to generate additional funding: “Schools are rewarded for increasing achievement both by the State and the marketplace. More students in a public school district mean more revenue. … Our projection shows that we will gain 3-4 percent in market share over the next five years.”