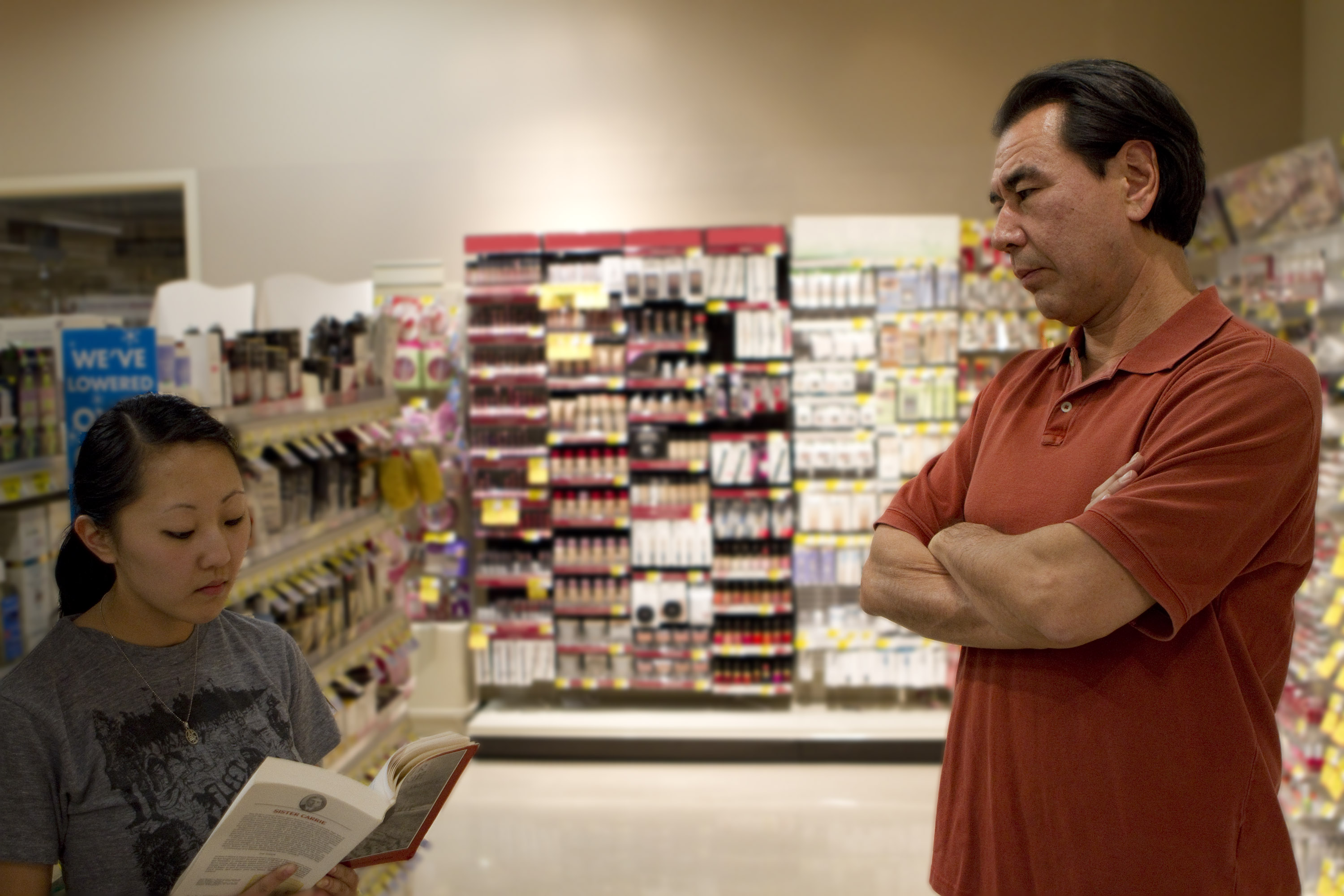 I have to hand it to the folks at Nimbus for attempting such an ambitious production as Strike-Slip by Naomi Iizuka, now playing at the Minneapolis Theatre Garage. With a large cast, a hugely innovative design, and a play that tackles themes of violence, cross-cultural connections, and redemption, the company must be given credit for risk-taking. Unfortunately, they are hindered by the script itself, which relies too heavily on coincidences and has little to say.

[SPOILER WARNING: If you plan on seeing the play but haven’t yet, skip the following paragraph, which discusses plot details.]

The plot, written episodically, flows almost like a film, cutting from scene to scene as we are introduced to the various characters: a Latina real estate agent trying to raise a teenage son who is in love with the daughter of a Korean convenience store owner whose other son has secret dealings with a dubious drug dealer (or cop—we’re not sure which) and who also hooks up in a park with one of the real estate agent’s customers whose wife teaches English to the Korean store owner when he ends up in jail for killing someone when he is caught by the drug dealer/cop who eventually hooks up with the real estate agent at a bar and offers to take her to live on the beach somewhere with him because he’s recently come into a lot of cocaine, which he purchased from the agent’s son who found it in his car.

There are even more coincidences that I haven’t even mentioned. The characters, who are intriguing and almost compelling during the first half of the play, become absurd in the highly artificial situations that playwright puts them in, and the whole thing ends up slapping as melodrama as opposed to a contemporary play.

It’s really too bad, because the actors do a fine job. Though they have varying levels of stage experience, they all seem fully committed to their roles; still, it seems like a waste of talent for actors such as Nora Montanez, who plays the real estate agent and who deserves a much meatier role in a better script.

Further, the play seems a waste of the gorgeous video design by Liz Neerland. Her triptych of video screens that provided the backdrop, displaying video of the various locations of where the action was taking place, is beautifully shot and executed. I would love to see Neerland use the same methods on a script more worthy of such efforts.

Surely there are other plays that deal with the themes that Iizuka tries to tackle that do it in a better way. I know as a company it may be difficult to find new scripts that are intriguing enough to work on, and I’m glad Nimbus is trying to put new work out there—but in this case, unfortunately, they should have looked a little harder.