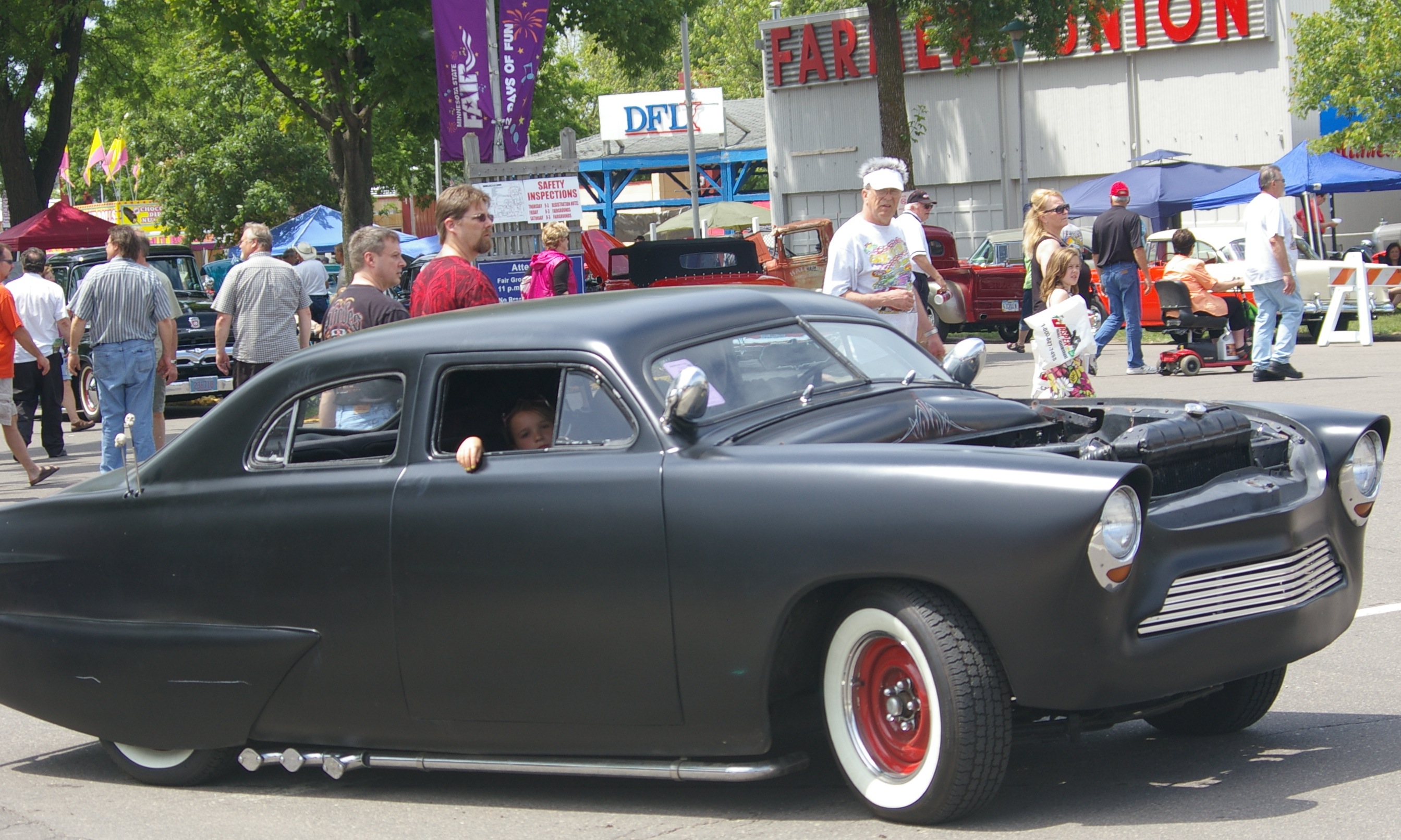 More than 11,000 street rods are converging on the State Fairgrounds June 17-19 for the 38th annual Minnesots Street Rod Association Back to the 50s Weekend. About 100,000 visitors are expected. Though there’s live music every night (think White Sidewalls and more), cars remain the big attraction. (Slide show below.)

In past years, cars paraded up and down University Avenue and filled the parking lot at Porky’s Drive-In. People brough lawn chairs to sit along the sidwalk and in parking lots as they watched the parade. With Central Corridor construction on University Avenue this year, no one is sure where they’ll go, but some are betting on Snelling and Larpenteur.

Bonnie’s Cafe on Unviersity and Vandalia is another traditional stop for MSRA members, with a big welcome sign for them each year. On Friday afternoon, Bonnie’s hadn’t seen many MSRA customers, but the waitress said they hoped to fill up on Saturday and Sunday.

Street rods are cars made before 1964, and most of the ones at the MSRA gathering have been lovingly rebuilt—some restored with original parts and colors, and others decorated according to the taste of the owner. “Rat rods” in need of restoration and paint can be seen here and there. Publicist J. Marie Fieger said they may be owned by younger street rod fans, and explained that MSRA participates in “take a kid to a car show” efforts to build interest and participation among the next generation.

The efforts seem to pay off, as the crowd was a multi-generational mix. A few stood out. “Marilyn Monroe,” in a white sundress and heels, has been coming for years, poses for photos on request, and sends any donations to a juvenile diabetes charity. A felt poodle skirt also looked like the genuine 1950s style, and one of the regulars sported a Hawaiian-style shirt decorated with Thunderbirds instead of flowers. Overall, the people-watching is at least as good as the State Fair itself.

Fieger, who is an MSRA enthusiast as well as the show’s publicist, said it is the biggest outdoor street rod show in the world, though the national show takes place in Louisville, KY.