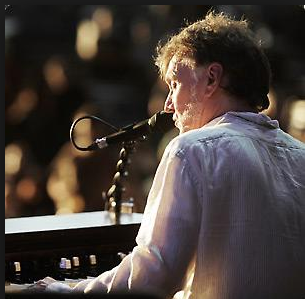 Steve Winwood swings through the Twin Cities again.  Unlike the other legendary Steve who just played Target Center, this guy’s a performing workhorse who toured with Rod Stewart a couple years ago and now is back in harness, returning the State Theater.

Winwood, one of the few ‘60s rock stars to sustain viable careers, is, don’t make any mistake, no one’s nostalgia act.  He’s every bit as sharp as he ever was and, in fact, has released new material, Live From Madison Square Garden (with Eric Clapton in 2009 and still does session work (including 2005’s Back Home, 2010’s Clapton and 2013’s Old Sock with his old bandmate from Blind Faith and 2013’s Shout! With Gov’t Mule).

The guy has more than 35 albums, so there’s no telling what the set list will look like this time around.  At the Orpheum Theater in 2012, he treated a rapturous, sold-out crowd to “Low Spark of High-Heeled Boys”, “Dear Mr. Fantasy” and “Empty Pages” from his days with the historic outfit Traffic (Winwood, drummer Jim Capaldi, reed man Chris Wood and, at one point, singer-guitarist Dave Mason) along with his first solo hit “Higher Love”.  However he mixes it up for this show, one number you can absolutely count on – probably for the encore – is “Gimme Some Lovin’” which launched his career and put the Spencer Davis Group on the map.

He hasn’t lost a single step over the years.  Winwood still plays strong keyboards, is an excellent guitarist and sings with the same rich clarity and distinct style.  It might be fair to say he was among the forerunners of so-called blue-eyed soul since, when he cut “I’m A Man” and “Gimme Some Lovin’” with the Spencer Davis everyone thought he was black shouter straight off the chitlin’ circuit and were dumbfounded to turn on the television and see this cute, white 16-year old belting his heart out.  Eventually, simply came the known as one hell of a musician.  To this day, he  owns a singular presence in the industry.