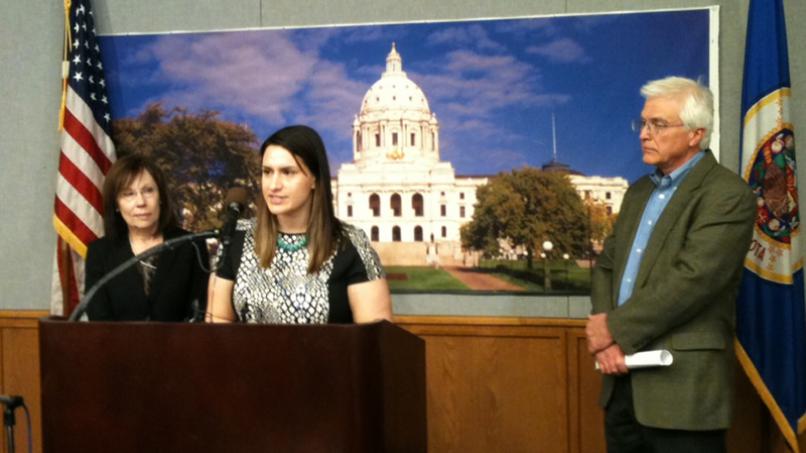 After being deadlocked for weeks, state lawmakers announced an agreement Monday to raise Minnesota’s minimum wage to $9.50 an hour and index it to inflation. Legislative leaders said pressure from citizens was critical to moving forward.

Senate Majority Leader Tom Bakk and House Speaker Paul Thissen said they expect legislation to be passed and on Governor Mark Dayton’s desk by the end of the week. The measure would:

Bakk said the option to suspend an inflation-adjusted increase and the inclusion of a training wage for young workers were key factors leading to agreement during talks between the House and Senate that took place last week.

The massive mobilization was coordinated by the Raise the Wage Coalition, composed of community, faith, labor, non-profit and service-based organizations.

Raise the Wage Coalition co-chairs Peggy Flanagan, executive director of the Children’s Defense Fund, Minnesota; Brian Rusche, executive director of the Joint Religious Legislative Coalition; and Shar Knutson, president of the Minnesota AFL-CIO, called Monday’s announcement “great news for all Minnesotans, but especially the 357,000 working Minnesotans and 137,000 children whose lives will improve as their family incomes go up.”

The coalition was formed to get Minnesota’s minimum wage to catch up to $9.50 and keep up by adjusting the wage to reflect increases in the cost of living.

“This plan accomplishes that goal,” the co-chairs said. “That’s why we support this agreement and thank the bill authors, along with Senate and House leaders for their tireless work.

“This agreement sends a message that in Minnesota, hard work is valued. It also ensures that Minnesota’s minimum wage will no longer lose value every year and low-wage workers won’t have to wait another decade for a raise.”