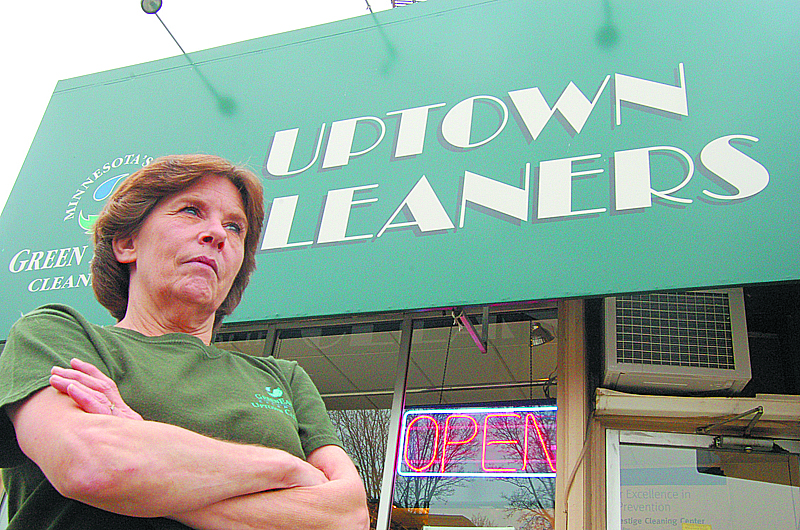 Recalling the events of October 12, Roxie Knaeble is clear: “This guy was very organized and matter-of-fact, he was calm and never raised his voice – like he had done this several times before.”

But on that October afternoon, the robber appeared in the lobby of the Uptown Cleaners on 1614 West Lake Street unannounced. Knaeble was in the back and he motioned for her to come over and help him. She came out from behind the counter and approached him as he removed what she thought were directions. Instead of directions he pulled out a knife. He ordered her to cover her head and lay down on the floor.

According to the Minneapolis Police, since September 16 there have been ten robberies in the Third and Fifth Precincts (Uptown). Targeted locations have been small boutiques or service businesses (gift shops, jewelry stores, dry cleaners), with a single female working behind the register. The suspect was armed with a knife or Leatherman-type utility tool in all but one of the incidents. In two of the cases, the suspect mentioned a gun; no gun was seen. One employee sustained injuries during a struggle with the suspect. In most of these incidents, the suspect took cash and merchandise after ordering the victim to lie down on the floor.

In Knaeble’s case, once the robber finished with the register he fled but not before threatening to come back if Knaeble got up immediately. After a few minutes, she called the police.

Knaeble was not new to crime. At age 19 in North Minneapolis, she was assaulted and almost raped. That time she screamed and the assailant fled. He was never caught.

But things were going to be different this time. She got a good look at the robber at the Cleaners and was ready when detectives called. She was happy to pick out the accused in a photo display. The accused was charged with this crime when the UNN went to press in November.