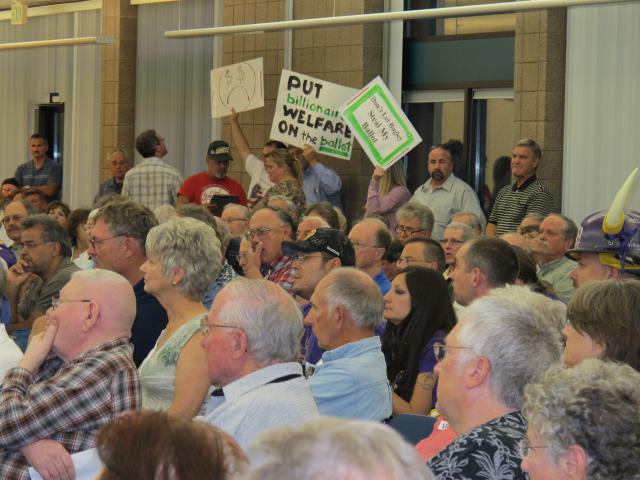 On September 28th, the Ramsey County Charter Commission held a public hearing on the question of a possible tax hike to support road improvements around a proposed Vikings stadium in Arden Hills.

The commission faced hundreds of citizens who were eager to sound off in this, the first public forum to be held on the controversial Vikings project. The Ramsey County Charter Commission will have a second public hearing on Tuesday, October 11, at 6:30 p.m. in the Ramsey County Court House in downtown St. Paul.

The sentiment at the September 28th hearing was overwhelmingly in favor of the commission putting any stadium-related tax increase on the November 2012 ballot – a move that stadium supporters fear would doom the development.

KFAI’s Edwin Allen was there and brought back this assortment of comments. [Audio below]