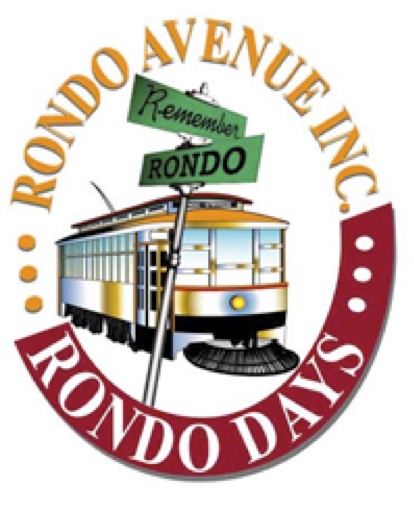 Sitting in the Golden Thyme Coffee Café, Cooper talks about Rondo Days, in the past and this year’s celebration coming up on July 21. Celeste M. Baines, massage therapist and owner of the next-door Celestial Touch, passes through the coffee café and stops to greet Jackie. “It’s a lot of fun,” Baines says. “it’s the community gathering … a reunion … and the music is astounding … the music will lead you to the park.”

Cooper says she was born and raised in the Rondo neighborhood. Rondo Avenue ran East and West for about one and ½ miles from Rice Street to Lexington Avenue and was considered the “main street” of a stable and vibrant African American community. Rondo Avenue now lies under I-94, torn up in the 1960s in the name of progress. Rondo Days celebrates the neighborhood and community, and this year’s July 21 Rondo Days will mark the 29th annual celebration.

Rondo Days 2012 continues with last year’s theme: “Putting the U Back Into CommUnity.” Jackie works as an aide to Ramsey County Commissioner Toni Carter, and has volunteered for Rondo Days for six years. She started when her sister, Deborah Cooper, a writer and marketer, “recruited me to help her with the Rondo Days souvenir books and I’ve been volunteering ever since…” According to a press release, “( “This year’s theme) aims to re-frame Rondo to support the mindset that each of us can make a difference in our communities. “ Jackie affirms, “I am the ‘U Back Into CommUnity.’ I’m just not saying it, but doing it.”

Marvin (Roger) Anderson and Floyd Smaller, who founded Rondo Days in the early 1980s, usually come to the annual senior dinner. This year’s dinner, on July 19 at Mount Olivet Baptist Church, is sponsored by the Black Ministerial Alliance and U-Care and free for all seniors. “We’re calling all seniors to come”, says Jackie, adding that between 275-350 people attend. “A lot of them don’t (get to) see each other and the dinner gives them a chance to talk about everything they’re doing” and catch up on family and friends. The Walker West (Music Academy) Jazz Ensemble, led by instructor Frelix James, will provide music. Rondo Days board members Steve Cobb, Taffy Jones, Deborah Cooper and Serena Butts-Ward are also expected to attend.

On Saturday, July 21 the signature events include a 5K Walk and Run, the Grand Parade, and the festival, as well as events for seniors.

“If you want to get your day going and have a healthy start, “ Jackie says, “you can run or walk in the Rondo Days 5K Walk and Run. For the first time, we’re offering free registration, so tell everyone you know.” She added that snacks such as fruit and also t-shirts will still be offered afterward. Registration for the race is at 8:30 a.m. at the Hallie Q. Brown Community Center.

At 10 a.m., the Rondo Days Grand Parade begins from the Church of St. Peter Claver. This year, the Grand Marshals will be from Pilgrim Baptist Church as part of their 150 Year Anniversary celebration. According to Jackie Cooper, the hour-long parade features local marching bands and drill and dance performance teams such as “Half-Pintz Drill Team” and this year the KRUCIIAL KREATIIONz group from Gary, Indiana.

The Rondo Days festival runs from 11 a.m. to 6 p.m. at Martin Luther King (MLK) Park, located at the corner of Marshall Avenue and Kent Street. More than 50 vendors will have food (including chicken, tacos, catfish, BBQ and Asian fare), merchandise, and information from nonprofit and health organizations. Politicians, African ceremonial drumming by Jessie Buckner and his youth drummers, DJs and personalities from KMOJ, local music and dance talent will take turns on the stage.

For older residents who may want a slower, quieter and cooler pace and place, the air-conditioned Hallie Q. Brown Community Center will be open, with seating and activities such as bingo and board games, as well as restrooms for seniors’ use only. (Portable bathrooms are stationed outside for general use.)