The St. Paul Public Schools Parent Information Fair drew hundreds of parents and kids to the River Centre on Saturday to find out about all the different choices for public, private, and charter schools available to St. Paul children. 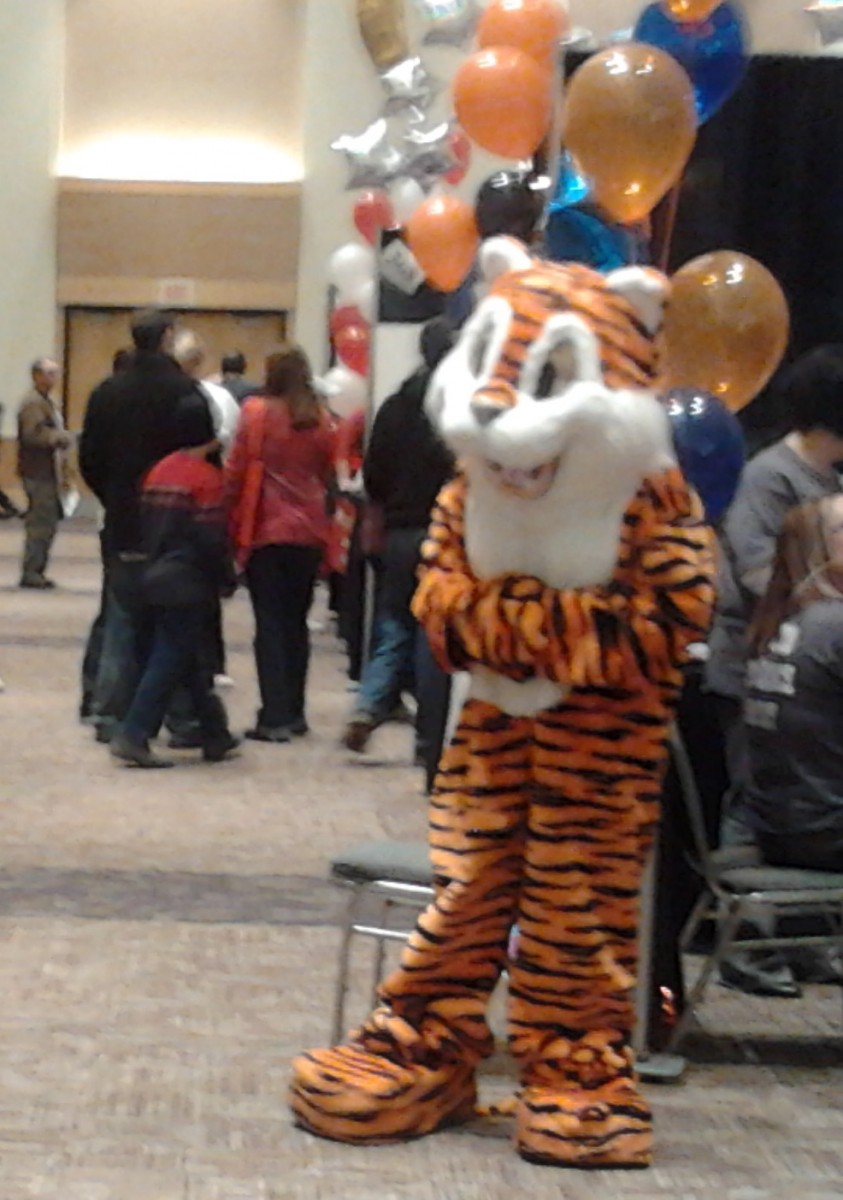 There was a tiger giving out high fives, a potter at his wheel, and candy and games to draw people in to each school’s booth. However, this year lacked any Native American drumming, music, or dancing, which had had been there in previous years.

No Drumming or Dancing

Cynthia Johnson, an academic monitor for the SPPS American Indian Education program (which is separate from the American Indian Magnet School), said that a memo went out to all schools, departments and groups that had booths at the fair that said “Please no drums, musical instruments, or dancing.” Johnson said the fact that the memo went to out to everybody, rather than to the American Indian Magnet School, which has traditionally done music and dancing at the fair, was “humiliating”. Her sister-in-law has a son who had been planning on wearing his traditional bells, and had been disappointed that he could wear them. “They could have been more tactful,” she said.

Brooke Magill, the administrative intern for the American Indian Magnet, said the school has been doing music and/or dancing off and on for the past 11 years. The previous principal began the tradition, he said, by playing the flute, and other teachers and students have also showcased their talents in recent years. 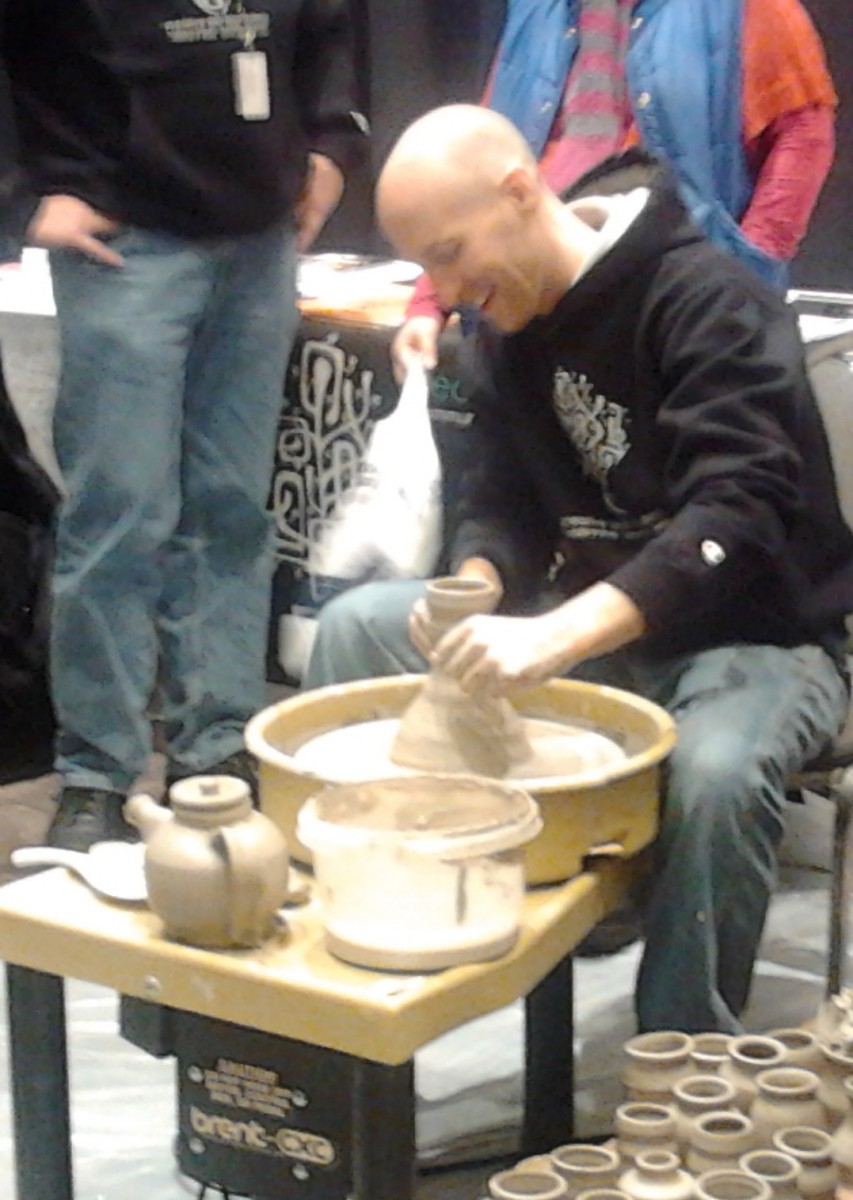 Donna Stein, a parent liaison for the school, said a letter was sent out saying that the music and dancing was interfering with the other people that had booths. “If they were so against this, why not have a stage area at a certain time?” she said. She understands why the decision was made, but she said there should be another option for students to represent their school.

Kris Emerson, the Special Events coordinator for SPPS, said that the memo went out to representatives from all the booths because in the past few years, the distraction from performances such as drumming, dancing or music has interfered with parents speaking with school representatives. She decided to send the memo to all the booth representatives rather than targeting one particular school, because it has been a problem with various schools in the past, such as a Hmong dancing group, a drum group from Obama Elementary, as well as keyboards being used and one school. Emerson said that in 1997 and 1998, they had a stage were different groups could perform and that it was a nice addition, but the main reason for the fair was for parents to ask questions about the different schools. “People were there to talk to people about the schools,” she said. “The rest of it is nice, but it doesn’t pertain to the main focus of the fair.”

The American Indian Magnet, which is in the process of expanding to be a K-8 school, was one of the many schools highlighting their programs for parents and their children choosing which schools to attend. 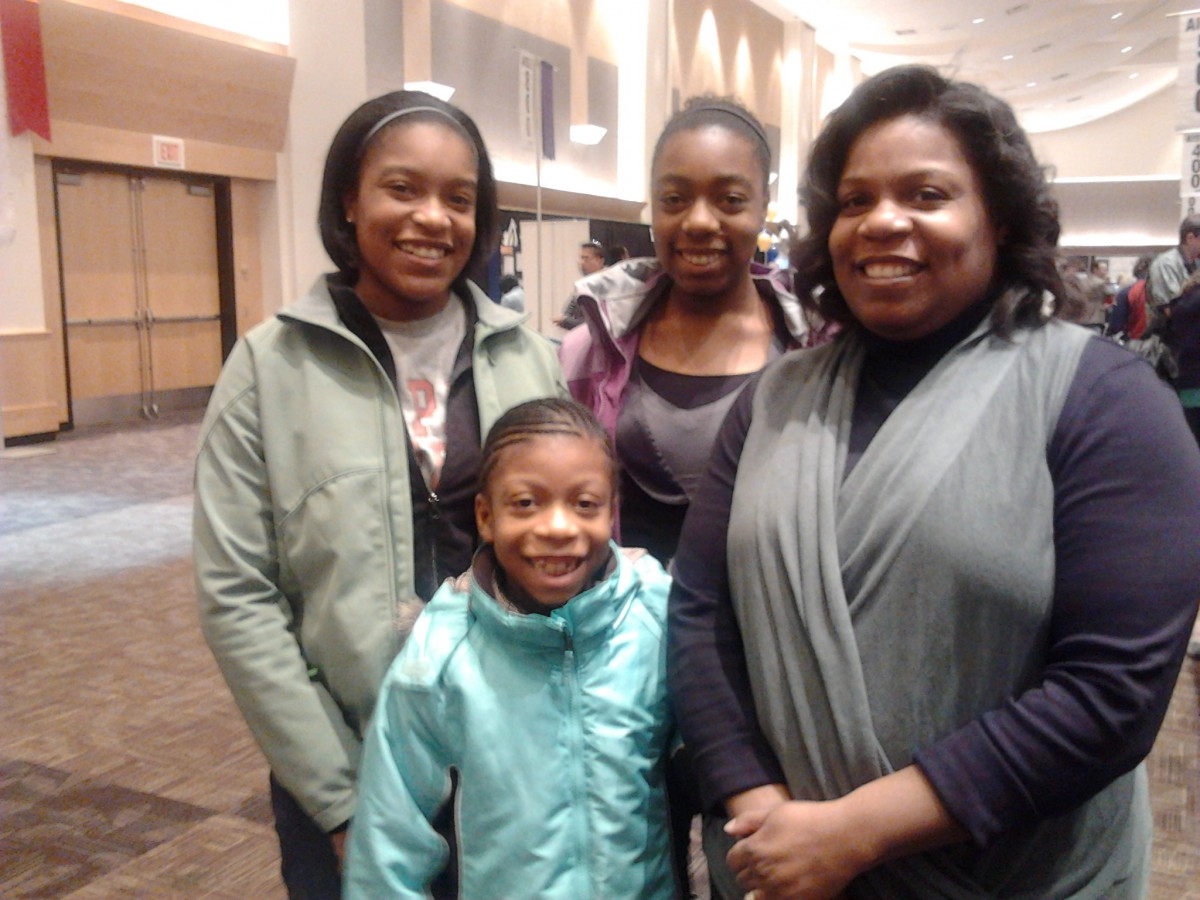 Feliciana Jackson was at the fair with her daughters Perrin, Gabrielle and Sofia (above.) Her oldest, Perrin, attends Central High School and loves it, but Gabrielle, who will be a freshman next year, wants to be home schooled. Jackson said she wants to make sure that her daughter gets the academic education she needs, and so they are looking into online options for home schooling. Her youngest, Sofia, goes to Capitol Hill. Feliciana said Sofia is having a hard time adjusting to Capitol Hill, because she liked her old school, Randolph Heights.

Another parent, Nevena Ivanova, was there with her husband and pre-school age child. “I’m at a total loss,” she said, after first arriving. “Everything seems really new to me,” she said. Ivanova planned to wander around and talk with the various representatives and different elementary schools, hopefully to get a better idea of what might be a good fit. 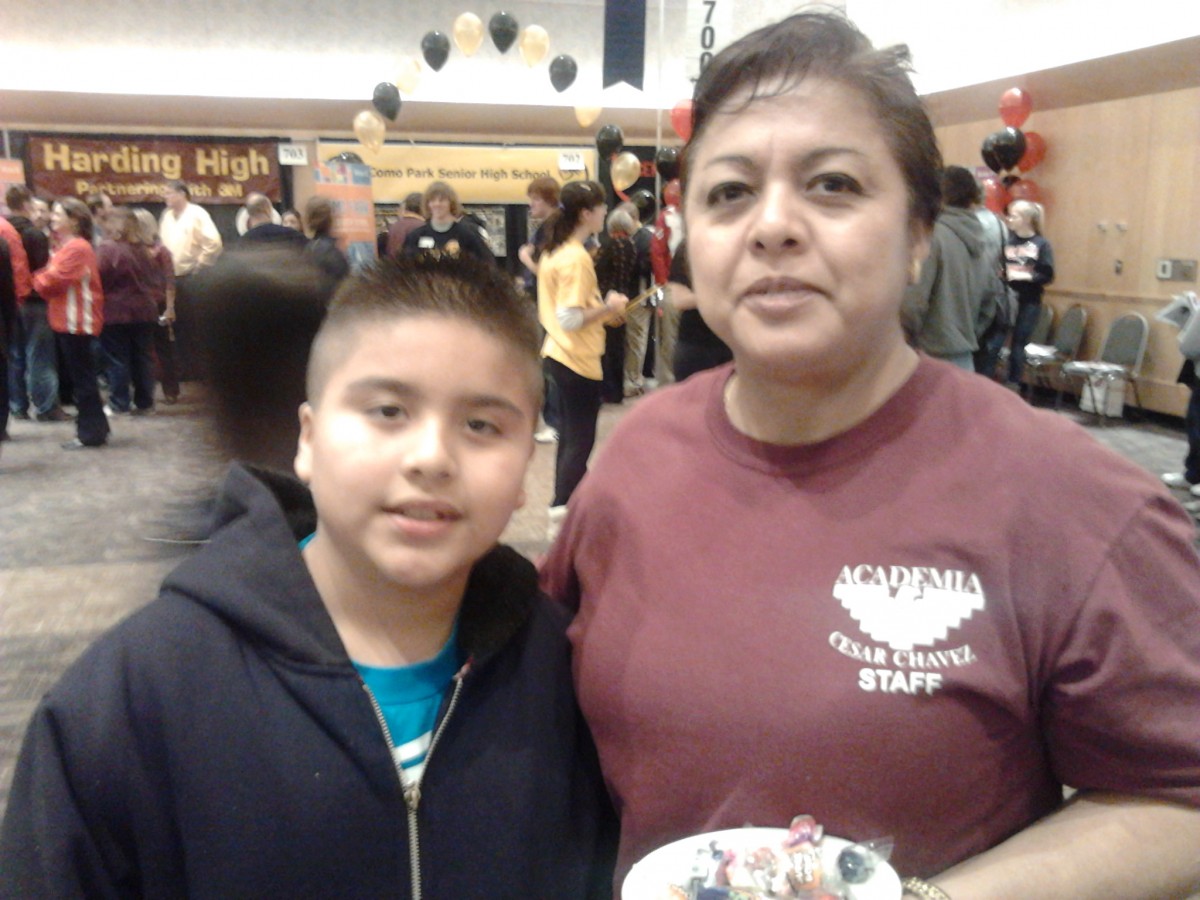 Another parent, Maria Gomez (above, with Eduardo), is very happy with her choice to send her children to Academia Cesar Chavez, a charter school. Her second child attended the elementary school and had a great experience before attending Como High School. Her younger son, Eduardo, attends ACC now, and Gomez likes that he is speaking his own language.

Parents who missed the fair this Saturday can check out the district public school options by visiting the School Selection Guide on SPPS’s website. The application deadine for SPPS is March 9.