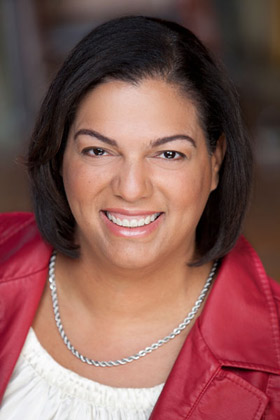 In 2008, the Department of Human Rights & Equal Economic Opportunity (HREEO) did not exist in St. Paul government.

But when Mayor Chris Coleman took office in 2006, recognizing the divide among a growing minority population and government, three years later he established HREEO to address the civic and economic divide in the city.

“We weren’t doing what we needed to do to make sure everyone was being included,” said Coleman.

According to the 2011 HREEO annual report, “One of the principle factors that led to the formation of our department was the need to increase the city’s efforts to direct contracting and employment opportunities to low-income, small-, women-, and minority-owned businesses.” Recently, HREEO has seen a change at the top as its outgoing director, Luz Maria Frias, was replaced by new director, Jessica “Jessi” Kingston. According to Coleman, Kingston is the perfect fit to foster equality – especially business equality – within the city.

“She’s passionate about the position,” said Coleman, at a meet-and-greet for the new director. “She understands the issues and she talks the language (of business owners). She’s top to bottom just right for the job. We needed someone who had the head for the work, but we needed someone who had the heart for it. Jessi is passionate and she has both the head and the heart. To get us where we need to go, there’s no better person (to head HREEO).”

Kingston comes to HREEO from Digital River where she was the associate director of purchasing. She is also a member of the Edina Human Rights Commission, serving as chair for the past two years. She has one year left on her term.

“I’m here to make sure we’re addressing issues of economic opportunity and confront the issues of disadvantaged businesses and try to overcome these obstacles,” said Kingston.

“These numbers are minimums, not maximums,” said Coleman. “We don’t just want to achieve the minimum.”

Kingston is seeking similar numbers with the current construction of the new stadium in Lowertown. The eventual home of the St. Paul Saints is expected to be completed in 2015.

Coleman said in a short time, attitudes about St. Paul are changing in respect to its efforts to be more inclusive.

“If you think about where we have come from in seven years, this city has come far,” said Coleman. “The (minority) community didn’t trust what the city was doing. The conversation in 2013 is so fundamentally different than the conversation in 2006.”

Minnesota Commissioner of Human Rights, Kevin Lindsey, applauded Coleman for his selection of Kingston and for having the forethought to create HREEO.

“I think it’s important to have a strong person in place (to head HREEO),” said Lindsey. “I think she’s (Kingston) is the right person. I’m looking forward to working with her.”