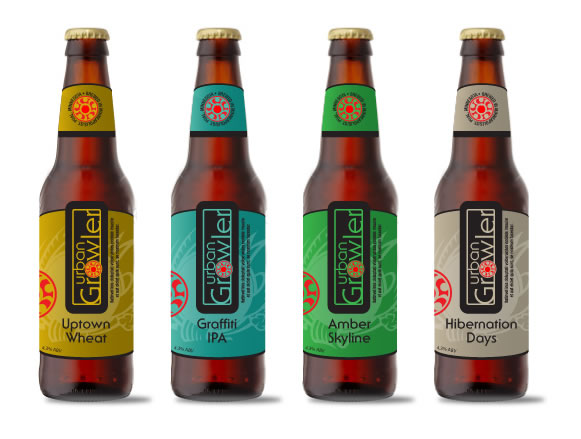 Another brewery will set up shop this fall in St. Anthony Park. Proprietors Jill Pavlak and Deb Loch have signed a lease for the 6,200-square-foot space at 2325 Endicott St. to serve as the future home of Urban Growler Brewing Co.

Located less than a mile from the coming light-rail station at University and Raymond avenues and only blocks from the University of Minnesota Transitway bike trail, the brewery will be easily accessible to the community, Loch said. The light-industrial area will also be easy for trucks to reach the business, as the space will eventually be a packaging and distribution center serving the greater Minnesota area.

With six to eight beers on tap and a small kitchen serving simple artisanal food that pairs with beer, Loch and Pavlak say they hope the space will be a community-gathering place. They are looking to connect people and communities beyond the taproom too.

“We hope that our brand instills the idea of community and how we are all connected,” Loch said. “It’s a social, community-based beverage and it usually brings about a lot of good feelings too.”

A “Plough-to-Pint” series will be part of this community-oriented approach. Partnering with Minnesota farms, Pavlak and Loch plan to bring local farmers’ ingredients and stories into the beer, Loch said.

There are also plans to bring things even more local by tapping some of their customers—which they call “urban growers”—for ingredients. Initial talks with local communities that have urban gardens have been promising, Loch said.

In addition to traditional beer offerings like Urban Growler’s IPA, which won a Minnesota State Fair blue ribbon, local ingredients like rhubarb and honey will find their way into some of the brewery’s flavored beers like their spring rhubarb witbier.

“We want to be appealing to women but not to the exclusion of men,” Loch said.

Thinking women have been forgotten in an industry primarily geared toward men, the brewery is looking to a number of ways to bring female customers into the rapidly expanding craft beer fold.

From the look of the brand itself to the flavor and alcohol content of the beer, even simple things like offering half-pint sizes or having shorter tables that are more conducive to conversation in the taproom will help the brewery reach out to women, Loch said.

Located only steps away from the forthcoming Bang Brewing Co. at 2320 Capp Road, Urban Growler is joining a burgeoning brewery scene along the Central Corridor. Burning Brothers Brewing plans to open this summer at 1750 Thomas Ave. in the Hamline-Midway area to the east, and Surly Brewing Co.’s new multi-million-dollar mega brewery will be a short jaunt to the west, in the Minneapolis Prospect Park neighborhood.

Though the breweries might be in competition for beer drinkers’ palettes, the destination effect that will come from the cluster of breweries will be mutually beneficial, Loch said.

“I look at it sort of as Northeast [Minneapolis] was a while ago and how that area has just had a cluster of breweries, and they are packed,” Loch said.

Urban Growler will be offering founding memberships to help raise money to get beer flowing. Though details are still developing, Pavlak said “our founding members will be near and dear to our hearts for a lifetime. And we will never let them forget it.”

Kyle Mianulli is a freelance journalist and former editor of the Badger Herald at the University of Wisconsin-Madison.