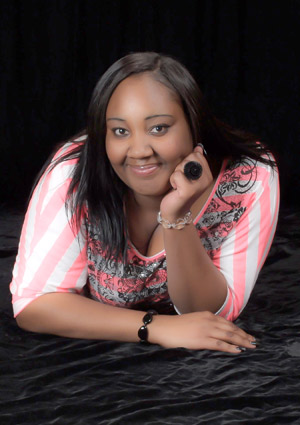 Sometimes the adventure towards life’s greatest goals does not start after college, or even upon crossing that threshold into adulthood.

For one Minneapolis budding superstar, Tryneal Addison, even at the tender age of 16, greatness starts now. Already leagues above the competition, Addision has her own talk show, is featured in a myriad of commercials and movies, and is currently the rage of the Internet, even being dubbed the next coming of Oprah Winfrey. But, no matter the accomplishment or wave of impressive accolades that follow her, the unique thing about it all is that she can truly say it is of her own design and making.

Addison, a native of St. Paul, is definitely the bright bulb in the box (or rather out of the box). A few years ago, the actress turned entrepreneur got the idea for a television series entitled “What Girl’s Think.” And while most kids her own age were focused on the latest XBOX game, or getting to the Mall of America to buy the current Mindless Behavior album, Addison was out shopping her television show idea to producers all the way from the Twin Cities to Los Angeles. A producer out of Los Angeles landed the job of helping tomorrow’s hottest ticket start her own series, “What Girl’s Think,” a show aimed at discussing teen girl issues, and empowering them to lead full and complete lives.

“I wanted to create a show that was a teen version of ‘The View’ or ‘The Talk’ on television, where it was six girls who are all teenagers giving our opinions about the issues facing the world,” said Addison. “In doing this, I am setting myself up to be able to make my opinion matter, and that’s what’s important for the youth of today.”

“What Girl’s Think” airs on Internet network, First Run TV. The series works quite ingeniously where six teen girls from around the world in cities such as Houston, Philadelphia, Miami and Los Angeles utilize their web cameras to record themselves holding discussions about life issues such as being overweight, bullying and teen pregnancy.

The show is one of the first in history to create verve with the younger generation, rather than leaving it up to adults, on social issues that are facing teenagers. It puts the task of troubleshooting into the hands of the individuals the issues are impacting the most – the teens. With Addison at the helm, the show is proving to be an Internet sensation.

Addison have been observed to be one of the most driven individuals one will ever meet, and when it comes to going after what she wants, she said failure is not a thought that crosses her mind. She said she speaks her faith and actualizes her goals by never diverting from Plan A, and staying focused on the overall goal.

Already five shows into the fall season, viewers can check out Addison and her show, “What Girls Think” at http://www.firstrun.tv/whatgirlsthink/.