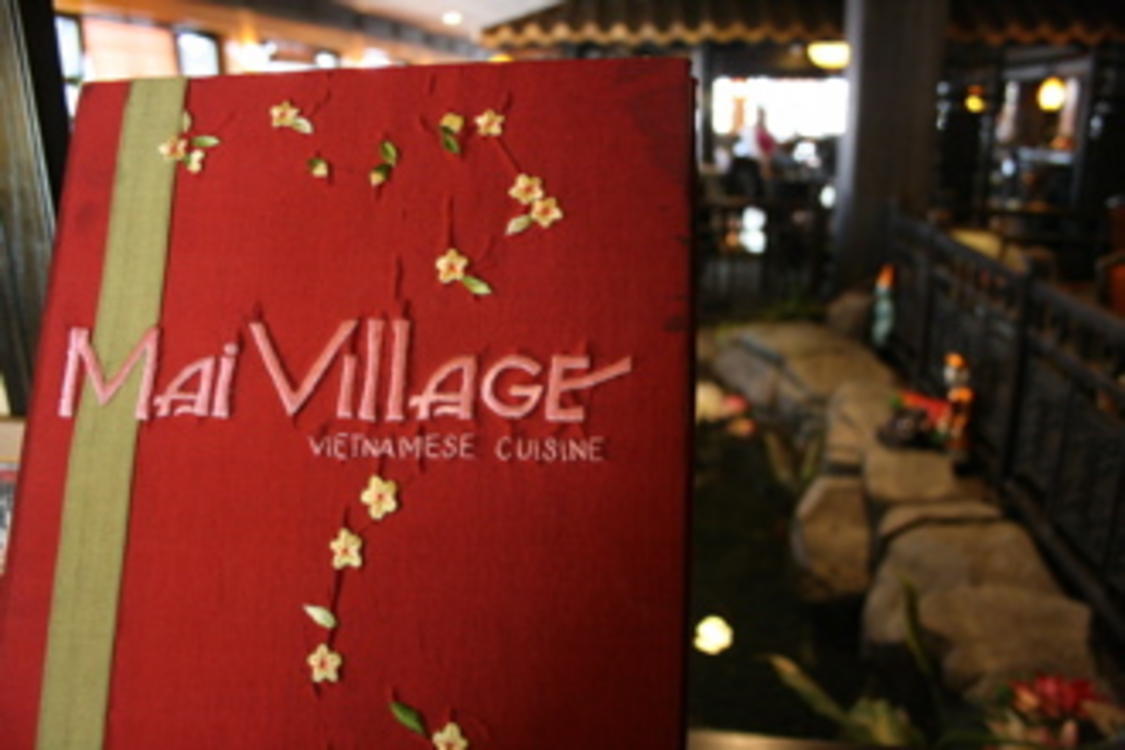 Mai Village is one of the University Avenue businesses that struggled to survive Central Corridor construction. (Photo by Lu LIppold)

Va-Megn Thoj, executive director of the Asian Economic Development Association (AEDA), was in the middle of the Central Corridor action. “Before construction, business mitigation was at the bottom of the list for Met Council,” he told a July 17 forum sponsored by the Alliance for Metropolitan Stability at Merriam Park Library. The Met Council said there would be no disproportionate impact on minority businesses and communities, “but we showed this was wrong.” [Click here for more on litigation over Central Corridor environmental justice issues.]

He described how community pressure forced an increase in the amount of the mitigation fund, much of which went for communications rather than direct aid to businesses. Direct aid came in the form of forgivable loans, with a ceiling of $20,000 and a complicated application process.

“We heard from businesses constantly that $20,000 was very little and there were a lot of barriers, especially to immigrant businesses, to apply for the loan,” said Thoj. “Even then, a lot of businesses did not apply, even though they needed it.”

Communication was poor, from confusing street signs to emergency communication over issues such as construction sending water pouring into a business basement. Many times, said Thoj, the business would call AEDA, who would call the Met Council.

May Nguyen, owner of Mai Village, told the group about her difficulties during construction.

“I keep hearing this and that and finally I have to say that it look like they turn their back on me. I don’t see anything except the promise and the $20,000. …

“Trucks block the alley so people cannot get in. …

“The front of us is completely closed. …

“I tried to call the hot line a couple of times. They don’t respond. …

“I have to say the impact is terrible. …

“The signs were not accurate – people got lost trying to get there. They spend 45 minutes because of traffic. I showed that to the Met Council people, they agreed with me. …

“I said to them, from 94 going to University Avenue, I asked them to put way back there that University is closed, but the alley is open – but they won’t.”

A June 13 press release from the Central Corridor Funders Collaborative praised the successes of the forgivable loan program, saying it had distributed loans ranging from $1,105 to the maximum of $20,000:

“As of the end of May 2013, loans totaling just over $3.5 million had been made to 206 businesses. Nearly two-thirds (64%) of them are owned by people of color. Sixty-six of the businesses are owned by women, with almost three-fourths of those being women of color.”

“Lowertown/Downtown loan recipients reported an average loss of 12 percent while those in the area surrounding the Western Avenue Station posted a 36 percent average loss. The explanation for that variability, however, is not readily apparent.”

Va-Megn Thoj has an explanation: Small ethnic-owned businesses were disproportionately affected by construction, and the area around the Western Avenue Station is filled with small, ethnic-owned businesses. “There are hundreds of stories on the avenue that are not being told and not being heard,” he noted. AEDA’s Little Mekong CCLRT Impact Study documents many of those stories.

Despite the hardships of construction, most of the businesses have survived. Now they are working to get back on track and to convince customers that UniversityAvenue is a great place to dine, shop and do business.

Lessons for the future?

“One size fits all” doesn’t work, said panelist Gene Gelgelu of African Economic Development Solutions. Deal with the language barrier, insisted Mai Nguyen, and also with the internet barrier, which is real for “old people like me.” It’s complicated, noted AEDA’s Joo-Hee Pomplun, and a lot of the work of helping businesses is done by organizations within the community without support or funding from the Met Council. Most of all, said Va-Megn Thoj, “Be serious about partnering with communities and businesses.”