About 40 people gathered at the Wells Fargo bank in West St. Paul November 5 in solidarity with the Occupy movement, which designated November 5 as Take Your Money Out Day. “We are indigenous, people of color, low-income, the ones most impacted by this greed,” said a press release from the Occupy Robert Street group led by Danza Mexica Cuauhtemoc. In contrast to the main Occupy events across the country, this group was mostly Latino and Native American.

According to spokesperson Jerry Lopez, they demonstrated because, “A lot of communities of color have the desire to express their concerns around what has happened with the bank industry and our communities.” West St. Paul was chosen because, “We want to do something where we live, where we work, where we do most of our shopping.”

Demonstrators’ signs and the speeches reflected the themes of the Occupy movement, with references to the 99 percent and to bank bailouts and mortgage foreclosures. 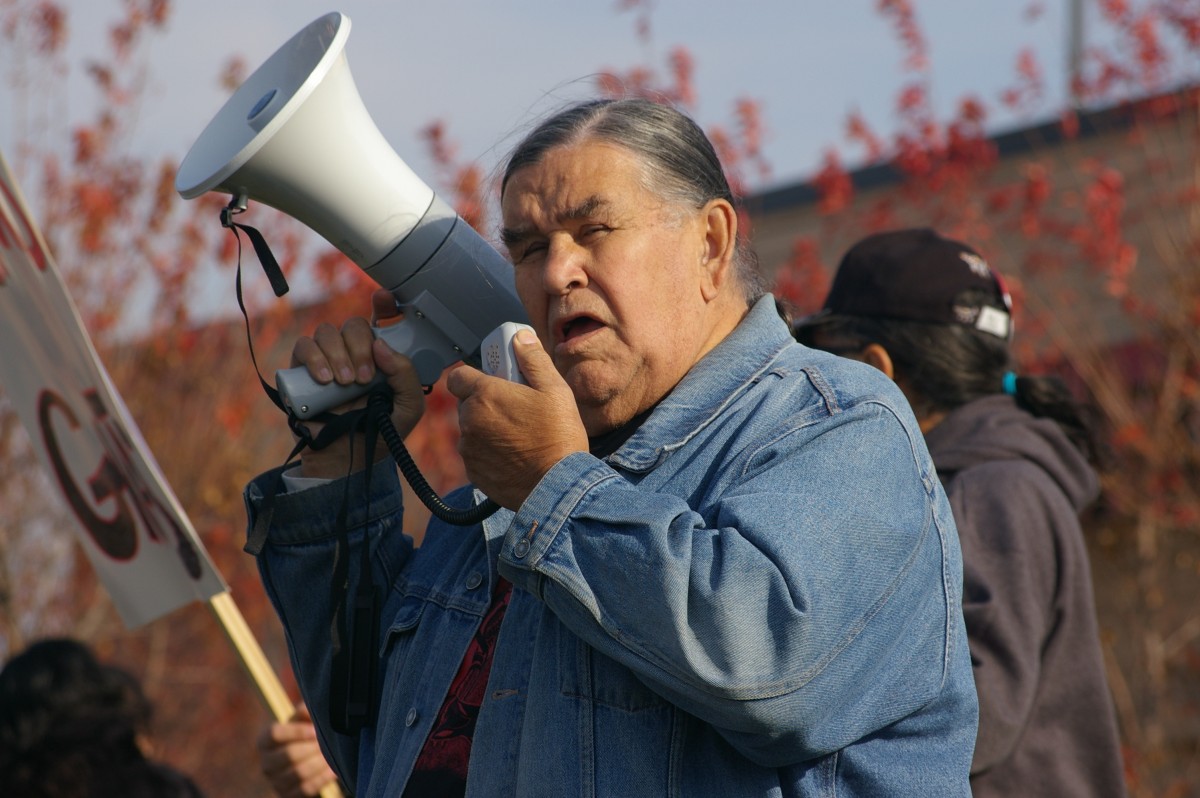 Clyde Bellecourt of the American Indian Movement (AIM) told the group, “We know Wells Fargo, and we know him well.” He said that back in the day, “they asked our grandfathers” for permission to ride the Pony Express across Dakota land, and then to send the telephone wire and the Wells Fargo stagecoach, and that, “We said yes, because we are a generous people.” But, said Bellecourt, promises and treaties were made and broken. Now, he warned, another threat to the land is coming in the form of the Alberta pipeline, which will run from Canada down through the land over the Oglala aquifer. 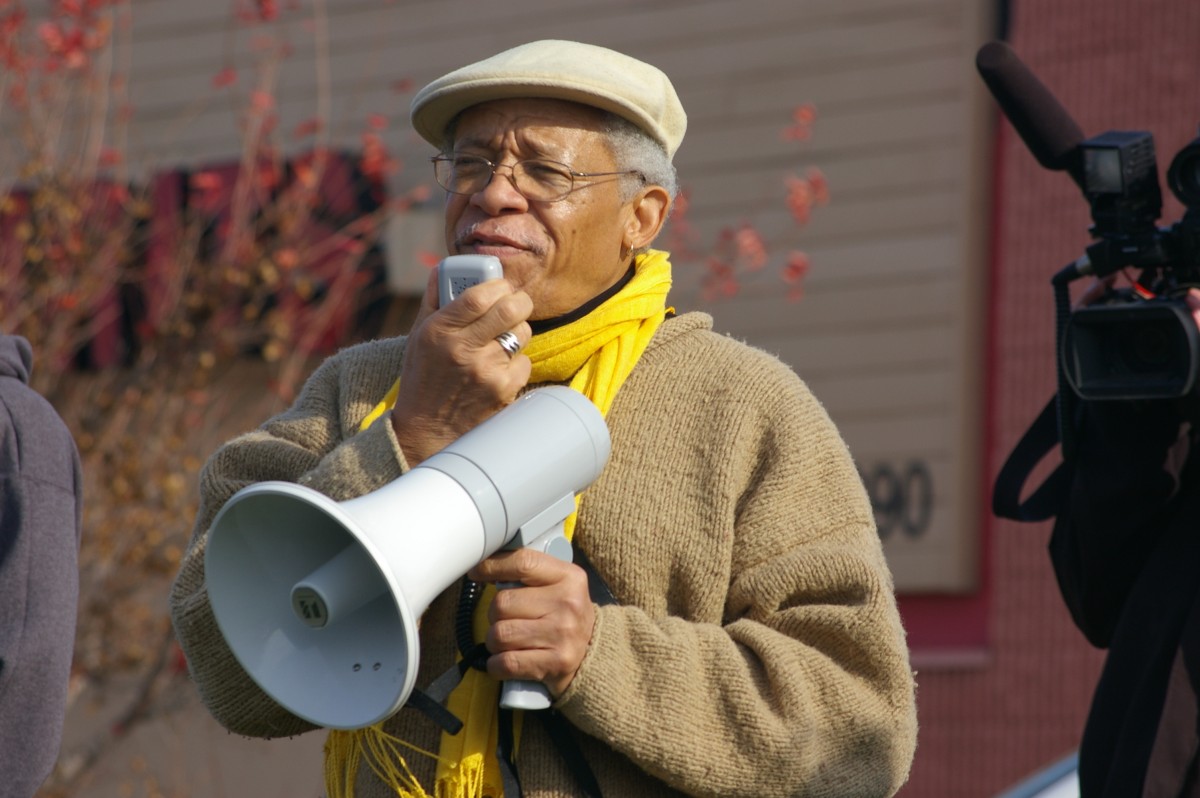 Louis Alemayehu, a Minnesota poet and environmentalist of African, Native American and European ancestry, sounded a call for solidarity. “I stand for what I stand on — Mother Earth,” he said. “Because she is our mother, we are all family. … We need to ask what are we for? What are we going to build? What are we going to create?”

Alemayehu said that re-localization is part of the task ahead. “We need to have minds that are ready to create what we need,” he continued, “[We need] to get rid of divide and conquer. Let us build bridges to where we want to go.”

When Lopez tried to enter the bank to withdraw his money, the door was locked so he could not go in. After a few minutes, another demonstrator went around to the other side of the building, entered and walked through the lobby to the locked door, and opened it for Lopez. Once inside, he was allowed to withdraw his money. A bank customer objected to Lopez using the commercial teller to withdraw money from his commercial account and demanded to see proof that he had a commercial account. The same man argued with AIM members accompanying Lopez, and the bank called in police, but no arrests were made.

Asked whether he thinks about the main Occupy movement, Lopez said, “I think it’s important that we allow a space for dialogue around the history of race and class with respect to communities of color and indigenous peoples, with respect to the role played in the protest movement. but it’s important that the movement itself not lose momentum. We want to unite, not divide.” 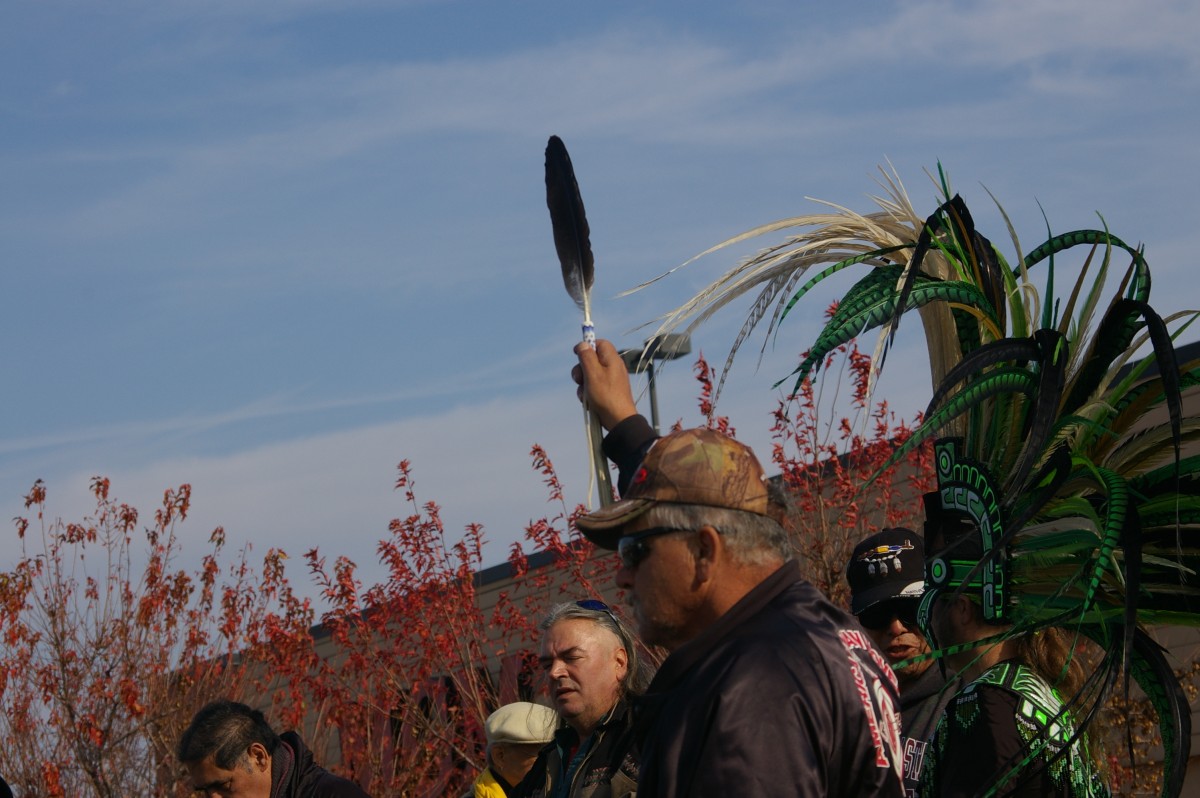 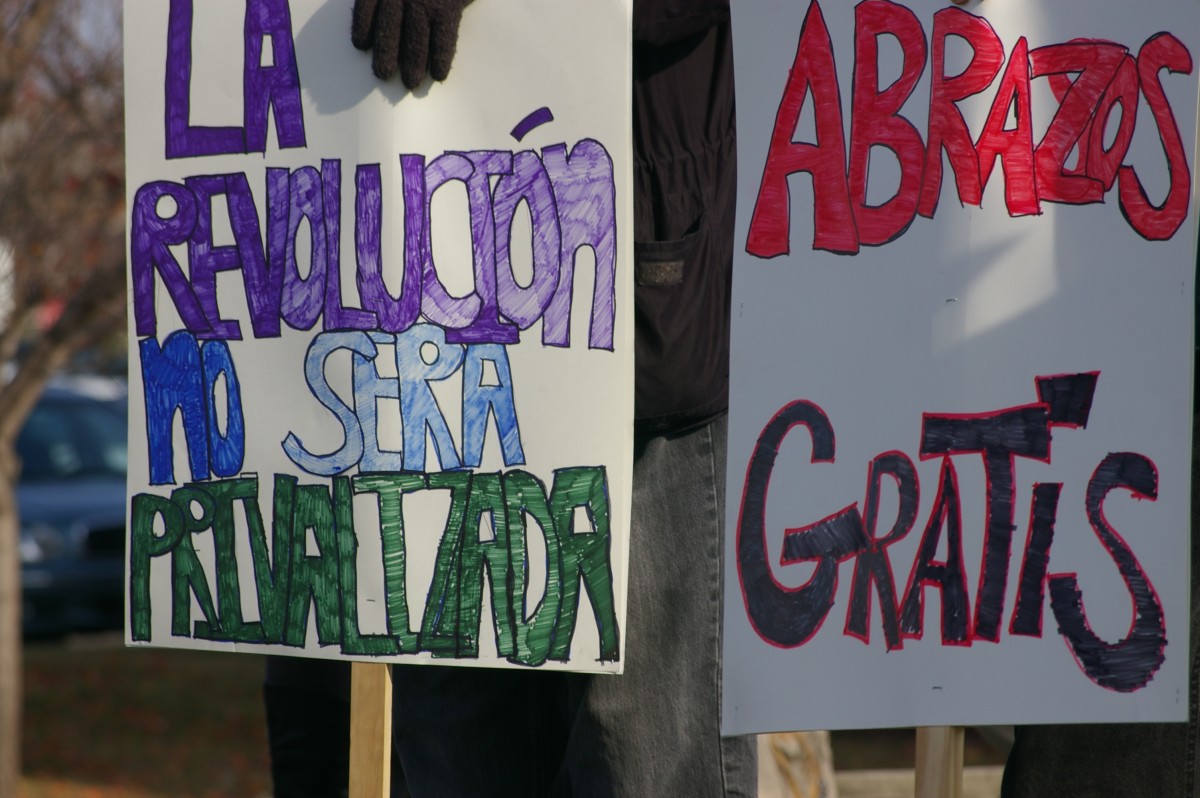 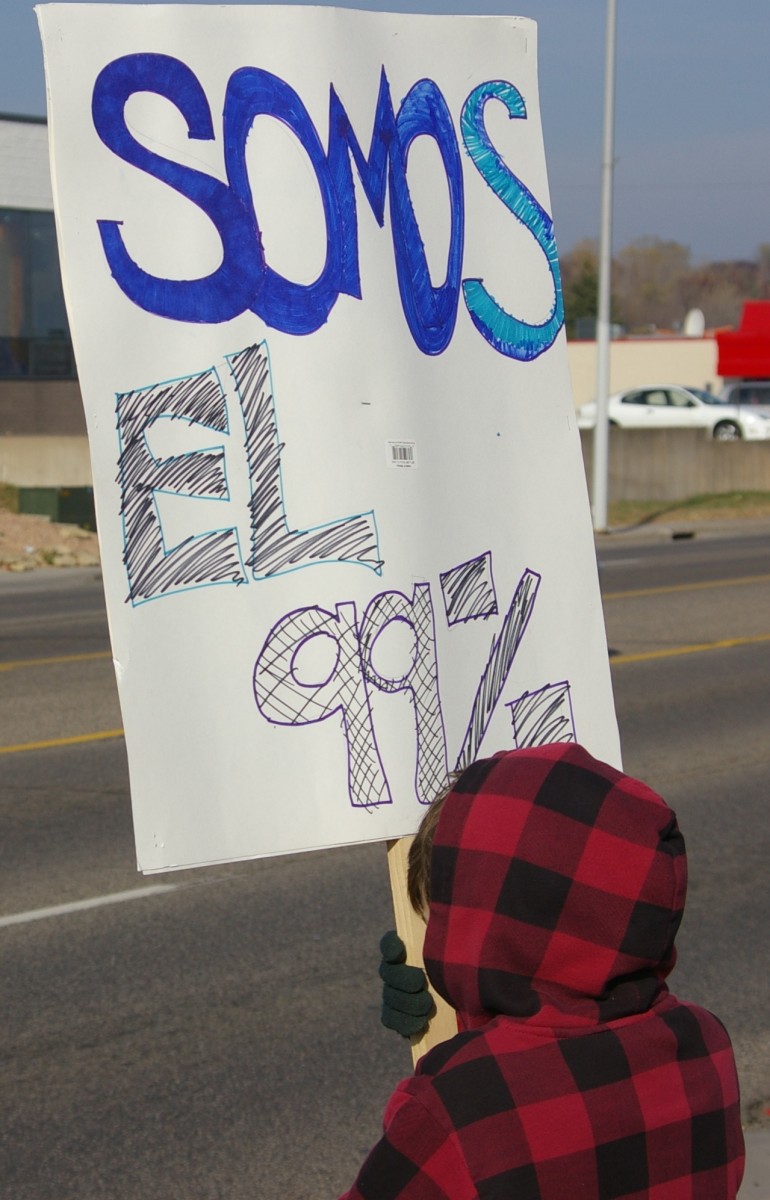 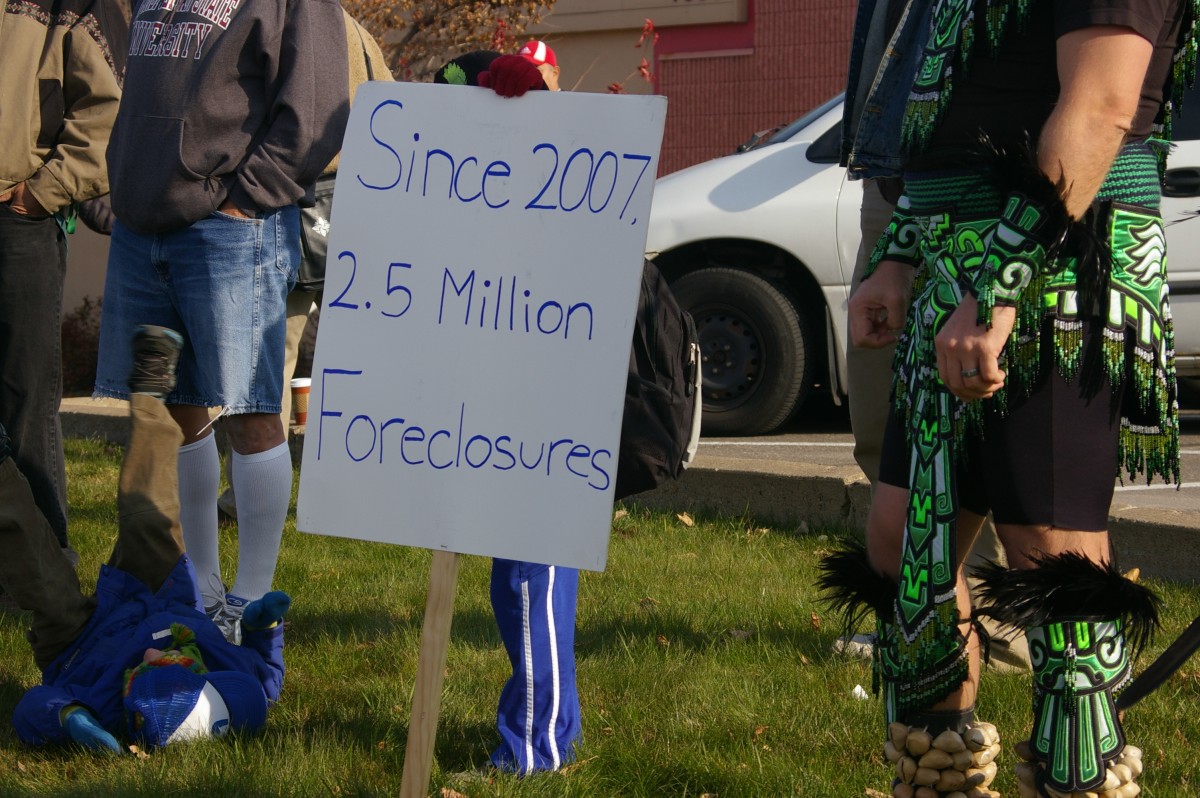 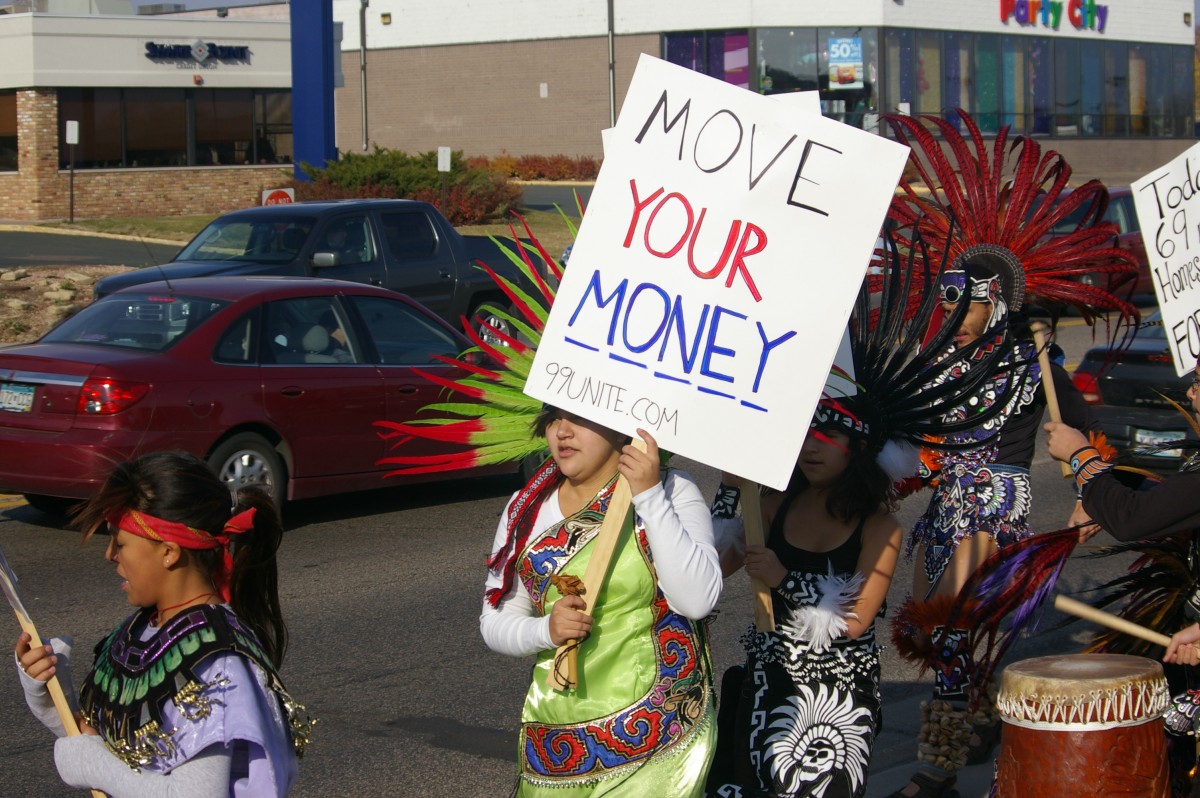