UPDATED 12/1/2011  November 30 was the deadline for reopening University Avenue, so I took my camera along for a ride from Emerald Street in Minneapolis to Hamline in St. Paul. Is it open? That depends on what “open” means. 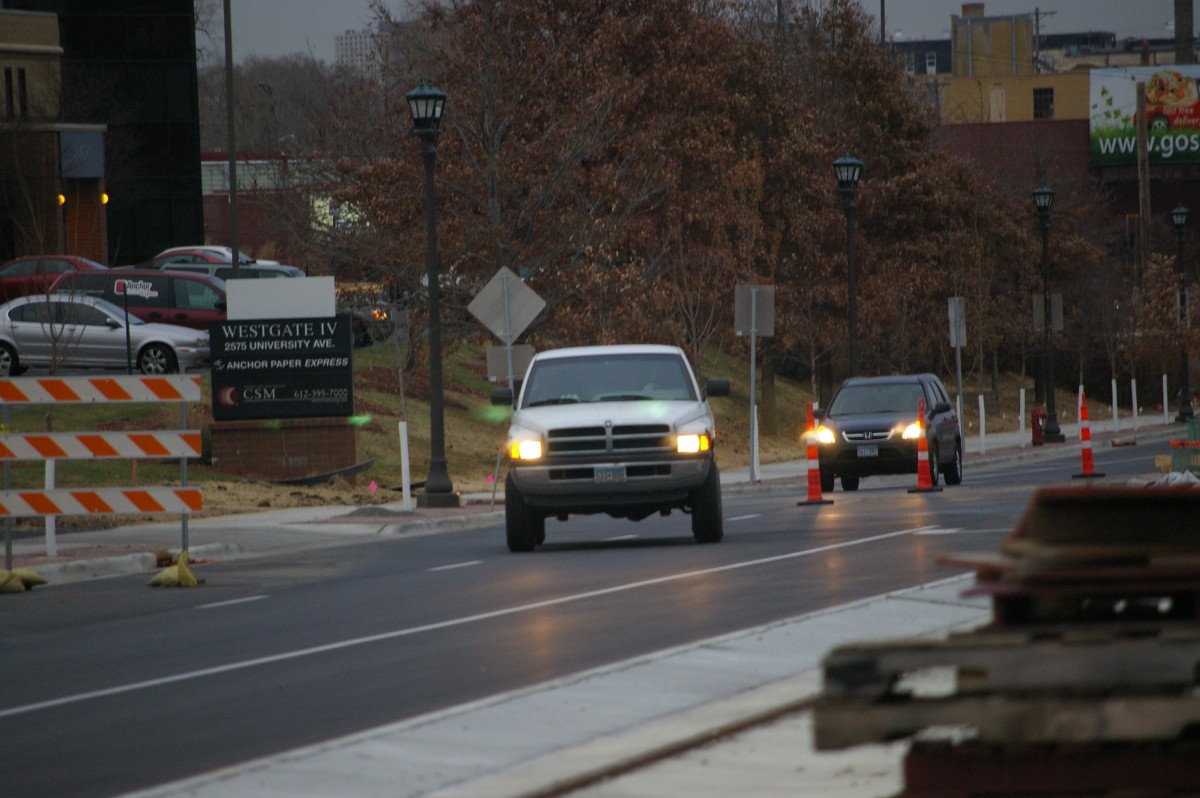 From Emerald to Hamline, all of the intersections are open, and you can drive on both sides of the street. (Further west, in Prospect Park and the University area, that’s not the case.) At least one lane of traffic is open in each direction, though construction cones and lane switching still create an obstacle course requiring close attention. It looks like two lanes in each direction could be open by morning, or even by midnight, but the work on this stretch of University Avenue is far from done. [DECEMBER 1 update: The view this morning is just like the view last night, no more lanes open. Main difference: sunshine.]

The photos here were taken between 4 p.m. and 4:45 p.m. on November 30, but the street looked the same at 10 a.m. on December 1. Construction crews were still hard at work, and sounded happy to be coming to some sort of conclusion, though it looks like they will still be working well into December.

Central Corridor spokesperson Laura Baenen has been telling everyone who will listen that the contractor has met the deadline, and University Avenue is reopening to two lanes of traffic in both directions on November 30. WCCO is so happy about the news that they reported eleven miles of re-opened street:

Now there will be two lanes of traffic in both directions on an 11-mile stretch of University Avenue from Emerald Street to Hamline Avenue.

“The good news is that the access is back on University Avenue to business in that construction zone,” Baenen said.

Of course, the distance from Emerald Street (in Minneapolis) to Hamline Avenue (in St. Paul) is only 2.2 miles according to Google maps, not 11 miles, but that’s a minor detail.

Other minor details: “meeting the deadline” and “re-opened.” According to the Central Corridor folks, “Temporary lane closures will occur into December as crews complete finishing work and clean up.” Sidewalks are not finished, and lots of construction materials remain to be cleaned up or stored. 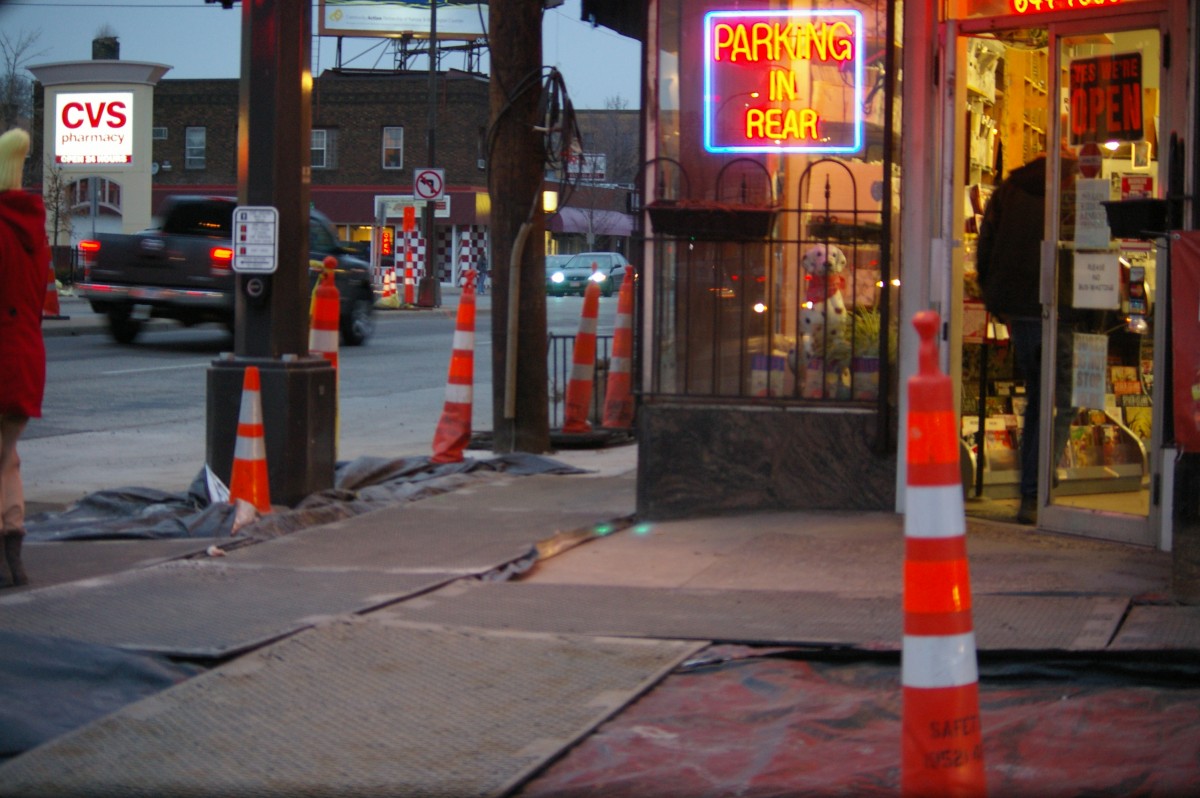 So, University Avenue is reopened on time on November 30, except for the parts that are not, and that will be closed, on and off, at least into December. Those parts include sidewalks, as well as streets and intersections. And bus stops. Here’s the happy word from the Central Corridor public relations people in their November 24-December 2 bulletin:

NEW South sidewalk on University between Prior and Cleveland closed on both the north and south side; use marked temporary sidewalk in the middle of University until sidewalk on south reopens next week. – NEW Beginning next week utility crews will be working on water valves at Hamline and Lexington. Through traffic maintained; watch for short term lane closures and shifts. Once this work is complete crews will proceed to work at Syndicate, Griggs and Dunlap. – NEW

Bus stops and routes will be restored to final locations and shelters will be added over the next few weeks; check www.metrotransit.org/construction for updates. – NEW

Bottom line: University Avenue on November 30 is a whole lot better than it has been for the past nine months, but work continues. Go ahead — take a look at the re-opened University Avenue, and plan to have lunch and do some shopping while you’re there. It’s been a long, hard year for businesses, and they need your support.