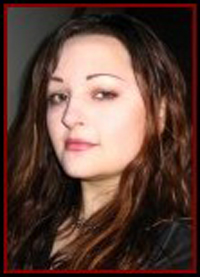 Many parents find it difficult to talk to their kids about sex, so they avoid the topic. Teens are often left to rely on their friends, movies and magazines to answer their questions. Unfortunately, the information they find isn’t always accurate.

A St. Paul mom and computer game designer is working to change that by putting a new twist on the old talk about the birds and the bees. Game designer Kelly Rued developed the Sex Ed Game to help parents and teens talk about sex in a more comfortable and interesting way. “It’s not supposed to magically make it fun to talk about sex with your mom,” Rued said, “but it makes it a lot easier.”

Rued, a single parent living in East St. Paul, gave birth to her daughters, Chloe and Nicolet, while she was in high school. As a parent, she feels that the sex education provided in schools isn’t working.

“Schools are all about the plumbing,” Rued said, referring to the biological aspect of sex education that schools tend to focus on. “The relationship side of sex needs explanation too.”

Rued’s own experience as a teenager encouraged her to develop the Sex Ed Game. “The first time my mom found condoms in my room I got in huge trouble. She took them away,” she recalled. That was the turning point that led to a path of bad decisions, she said.

Rued wishes her family would have been more open about sex. She hopes her game can help other families by offering parents a more comfortable way to really talk to their kids about sex.

Sex in cyber city
Rued began her career as a game designer by creating sexually explicit games for adult women. She and her business partners decided that the large population of women who enjoy pornographic material in print needed a virtual option. Too many of the games, she said, were designed for men.

“It was just blow up dolls—but virtual,” she laughed.

“This is when I got the idea for the teen game,” Rued said. “I figured, if we could help teens when they are forming their education about sex, we could stop these issues before they could start.”

The Sex Ed Game is made up of 650 questions and covers topics ranging from sexually transmitted diseases to adoption. Rued says the game is perfect for junior high age students because they’re still receptive and curious about sex.

Rued plans to update the game each year so that families can continue to play as the teen gets older and is more likely to face decisions about sex. “Teens are usually taught about sex during puberty and not again when they’re in high school,” Rued said, “when really, that’s the most important time to be talking about sex.”

Girl gamers
Rued is a self-taught web developer and designer. In her company, Interactive Sex Education Resources, she works alongside two other women who do the programming and marketing support.

Rued is also on the leadership council for the International Game Developers Association’s Sex in Games Special Interest Group.

The biggest difficulty for Rued has been the budget. The Sex Ed Game wasn’t developed with expectations for big commercial potential, and Rued and her partners wanted to keep the game inexpensive and accessible to families of all income levels.

At the end of the summer, Rued plans to release a Christian version of the game, Sex Can Wait, featuring trivia based on Christian values.