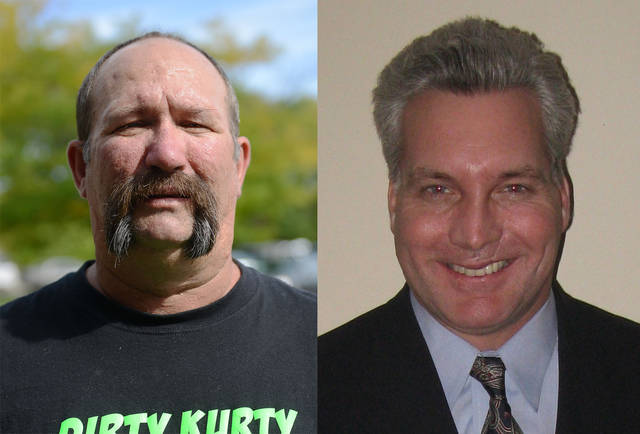 St. Paul Mayor Chris Coleman’s challengers are dissatisfied with how he’s run the city for the last eight years.

The candidates said the two-term DFL incumbent has mishandled the city government by funding a baseball stadium and a light-rail line.

Like Minneapolis, St. Paul will test the ranked-choice voting method on Election Day. Voters will be able to rank up to six candidates on the ballot.

Candidates in Minneapolis paid a $20 filing fee to run for mayor. In St. Paul, the filing fee was $500.

The four candidates will debate on Oct. 24 at the School District Central Office in St. Paul.

Tim Holden decided to run for mayor to combat what he calls the city government’s “complete lack of support for small businesses.”

As mayor, Holden said he’d like to establish funds for businesses who lose revenue due to construction projects.

“If there’s going to be a disruption of business, we need to make sure … those businesses are given a bit of a boost,” he said.

Holden has owned and operated a small contracting business on University Avenue for 22 years. When construction on the Central Corridor light rail began three years ago, Holden said the city did not support any of the small businesses along University Avenue who were hurt when their customers had trouble reaching them.

“[The city] didn’t have funding in place for the businesses,” Holden said.

Holden said he asked the city to give him signs he could use to indicate his storefront’s entrance during the construction. The city denied his request, he said.

As mayor, Holden said he would also stop “unnecessary” subsidized spending on projects like the $63 million St. Paul Saints ballpark — what he called Coleman’s “pet project.”

Sharon Anderson said she’s running against Coleman because she has a grudge against him.

Anderson ran against Coleman in 2009 but captured less than 4 percent of the vote in the primary.

Under Coleman’s leadership, Anderson said city agencies have overstepped their boundaries and that Coleman has “exceeded his authority” over homeowners, which has led to excessive home foreclosures and vacant lots across the city.

Anderson said she would eliminate the city’s Department of Safety and Inspections because inspectors have continually “harassed” homeowners and businesses.

She also wants to lobby for the legalization of marijuana and prostitution.

Last year, Anderson sought to represent District 64 in the Minnesota Senate, and in 2010 she ran unsuccessfully for Minnesota Attorney General.

Kurt Dornfeld said he decided to run for mayor because he wants to fix what he calls an “out-of-control” government.

Dornfeld said the city spends too much money on bike paths and the light rail, which he considers useless.

“Who’s really going to use that train?” Dornfeld said.

Dornfeld, who filed under his nickname “Dirty Kurty,” has never run for political office and said he hasn’t campaigned because he has limited funds.

Although he’s unsure of what his first action as mayor would be, Dornfeld said his greatest strength is his ability to talk to people.