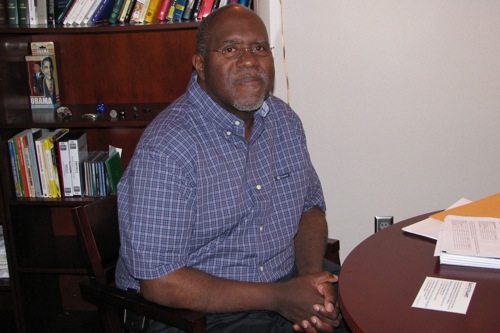 As Deputy Director of the Ramsey County Juvenile Detention Center, Michael Belton, 59, knows the current justice system is rarely blind, especially when it comes to color. During his 31-year career, Belton has witnessed youth of color repeatedly treated more severely. In April, he testified before Congress on the inequities in the juvenile justice system.

His claim is supported by a recent episode involving female juveniles housed in a residential program who were not permitted to cornrow their hair because facility staff assumed it was gang related. Belton said this was not an isolated incident.

“It’s this whole hysteria around gangs,” Belton said. “Regular youth behavior and African American culture is viewed by corrections and systems people as being criminal.”

Belton’s testimony focused on the overrepresentation of youth of color at all points in the juvenile justice system and how this disproportionality has a devastating impact not only on the child but on the entire community.

“I see that as being the great civil rights issue and struggle of the 21st Century,” Belton said.

According to Belton, nationally, black youth are five times more likely to be detained than white youth; Native Americans four times as often and Latinos twice as likely as whites. Youth of color also receive longer sentences and fewer opportunities for probation. Locally, in 2007, youth of color between ages 10-17 made up 31 percent of the general population in Dakota, Hennepin and Ramsey Counties; however, they represented 71 percent of youth securely detained before their adjudication hearing. Nearly 100 percent of juvenile cases transferred to the adult justice system are youth of color.

Belton points out that juvenile detention centers, which merely hold youth pending court actions and offer no treatment or educational programs, are routinely overcrowded because they are being used as punishment. The environment itself is not conducive to inspire rehabilitation.

“A kid introduced into detention would come out worse; would come out with a greater criminality,” Belton said. “It would be harder for that kid to find employment, go to school. The child would have a more difficult time adjusting to his or her home. All these things, research shows, happen to these kids with just one day of detention.”

However, Belton knows the system can be changed. Since 2005, Ramsey County has collaborated with the Annie E. Casey Foundation and the Juvenile Detention Alternatives Initiative to develop an objective, county-wide tool to reduce detentions while at the same time adding no additional risk to the community. They developed the Risk Assessment Instrument which, based on a variety of objective criteria, determines a youth’s risk level. A child receiving a low or moderate score is released to a parent/guardian or placed on electronic home monitoring respectively. Various community resources help insure the child is adjusting in the community. A child with a high score remains in detention.

Prior to implementing this program, Ramsey County Detention Center routinely exceeded its 86-bed capacity. However, for the past five years Ramsey County has experienced a 65 percent reduction in the average youth of color daily population and a 32 percent drop in African American youth detained. Overcrowding is no longer an issue because only youth who are truly a risk are being detained.

“It’s right-sizing your detention center population and underneath that is juvenile justice reform,” Belton said.

Belton shared Ramsey County’s success with the Congressional committee. Already in use in Hennepin, Dakota and St. Louis Counties, Belton advocated for the program to be replicated nationwide. Congress is currently debating the reauthorization of the Juvenile Justice and Delinquency Prevention Act. Belton believes reauthorization is essential; however, he would like Congress to include specific guidelines and incentives to encourage states to adopt a tool similar to Ramsey County’s Risk Assessment Instrument.

“Currently the way JJDPA is written it’s very loose, it’s very permissive and there’s no teeth in it,” Belton said. “It’s been my experience the system doesn’t change unless there are incentives or disincentives for doing what they’re doing.”

Belton expects Congress will vote on the reauthorization of JJDPA this fall. If approved with stronger language, Belton believes that will make JJDPA more effective in reducing racial and ethnic disparities and thus be a major step forward in reforming the juvenile justice system.

“To me, that’s what juvenile justice reform at its heart is all about,” Belton said. “To redirect our systems to be fair and equitable so that the African American kid from Frogtown or the East Side gets treated exactly the same as the European American kid from Roseville or Highland Park.”