University of Minnesota Regent Emeriti Dr. Josie Johnson and YWCA of Duluth Executive Director Ellen O’Neill are among the five Facing Race Ambassadors who will be honored April 29 by the Saint Paul Foundation at the Prom Event Center in Oakdale, Minnesota.

O’Neill was nominated for her leadership in working with people and organizations in Duluth in anti-racism efforts. She has helped “spark thousands of conversations around racial equity in families, workplaces, community gatherings and in the media.” 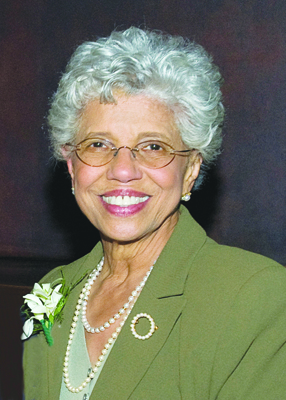 Dr. Johnson, who has been “an ambassador for racial justice and racial equity” in Minnesota for over 50 years, was nominated for inspiring and mentoring new leaders, along with her advocating against the ramifications if the 2012 Voter ID constitutional amendment had passed last year. In separate interviews, both women recently talked to the MSR.

O’Neill admitted that upon first learning of the award, “I actually had a mixed reaction. The work that the Duluth community have been doing for the last year and a half very much has been a collaboration — the YWCA has been involved in starting it but there are 17 partners in our community in this specific campaign. There are other people in Duluth — both people of color and White people — working hard on racial justice and racial disparities.”

After learning that the annual Saint Paul Foundation award is individually based, O’Neill consented to accept it but on one condition: “I will be receiving the award that night on behalf of our community,” she stated.

“I feel so humbled and honored that anyone thinks what I am doing is worth recognition,” said Dr. Johnson. “I deeply appreciate the award. I’m very grateful for it.

“I have been engaged in this struggle almost all of my life,” admitted Johnson. “I am very troubled at this moment in the history of us as a people, because I’ve seen [how] our president is treated by people in our society who have not accepted fairness and justice. Many of our young people [are] questioning what does it mean to be a well-educated, articulate, good human being [and] acquire worth in America if you end up being treated badly anyway.

“I believe the treatment of President Obama has suggested to me that perhaps we have not gone as far as we had hoped by now,” she continued. “We see that there is an effort to take our people from voting and create these long lines and ways of denial. We have so much work to do to live up to the hope of our ancestors.”

The voter ID issue, which Johnson viewed as “a real attempt again to make the equivalent of a poll tax” was disturbing as well.

Ninety percent of Duluth’s population is White, and a Knight Foundation report found there that “fewer residents…say it is a good place for racial and ethnic minorities, immigrants, young adults without children, and talented college graduates looking for work.” 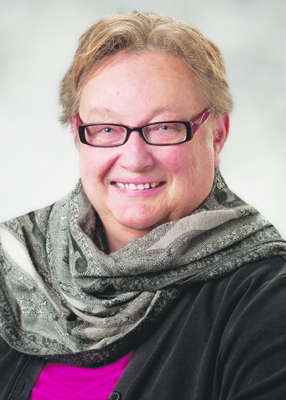 O’Neill says that the Un-Fair Campaign she and the 17 civic, community and faith-based organizations have partnered on since 2011 has helped. Among the planned activities included a museum exhibit on race, two six-week workshops, three community forums and billboards that have sparked discussion across the city.

“I think the silence around racism and the role that White privilege plays in the perpetuation of racism was really broken by the campaign,” continued O’Neill. “I think that the shift that we want to see happen in our community is that we want the predominately White community to stand up and say that racism is our issue, these institutions are ours and we need to change this. We need to stand together with people of color as allies to address the significant racial disparities in our community.”

“Our children today need to have us adult older citizens step up and protect them, guard them, cover their back, love them and show them that hard work and discipline can yield something positive,” believes Dr. Johnson. “I think as adults we have failed our children.”

Therefore when they look around, I’m not sure they see the value of hard work, going to school, studying and behaving in ways that allows you to learn,” continued Jonhson. “I think young people know that that’s hard work — which you work hard for 12, 13 years and you will be rewarded by going on to college or going to a trade school or getting a good job, or being respected as a good citizen.”

As a result, when young people, especially young Blacks, see the president too often disrespected, “Some of them may ask the question ‘Why work hard when America is not going to acknowledge your hard work and your sacrifice?’” Johnson pointed out. “I’m less willing to criticize our young people. It makes me sad on what is happening to them.

“We Black adults need to put our arms around our children,” Johnson said. “Our ancestors did that. They protected us, they loved us. They showed us how to survive and what to do, and I think we need to do that again for our children.”

The racial equity work in Duluth in such issues as education, health care and employment is ongoing, noted O’Neill, who grew up in Minneapolis and has lived in Duluth for 18 years. She has been with the YWCA since 2003.

“All of us understood that this is long-term work — it’s long-term change,” O’Neill explained. “It’s really getting down in the trenches and working together around racial disparities. The work that is happening in Duluth is happening because many people are working together to look at systemic racism in our community… And that work can only be done in solidarity with each other.

“I can say it’s better than it’s been,” O’Neill believes. “Are we in a different place than we were in a-year-and-a-half ago? Yes. Are we close to ending racial disparities in our community? No.”

Johnson pledges to continue the fight for racial justice. “I grew [up] in a family of workers who always seemed to have something else to do,” she surmised. “What I am trying to do right now, and I hope I have the discipline to do, I’ve been encouraged to try and record some of this lifelong history that I have lived.

“I just hope that I am ready to always be available to my people in any way that I can,” says Johnson.

The 7th annual Facing Race Ambassador Awards program is free to the public but RSVPs are required as seating is limited. For more information and reservations go to visit www.FacingRace.org or call 651-325-4365.