On a morning or evening walk along Grand Avenue, you might spot a man walking with a spray can in hand. He’ll stop near a wall or garbage can that has already been tagged with graffiti, kneel down, and start spraying. Just as you start thinking he’s making trouble, he grabs a rag out of his back pocket and scrubs the graffiti off. No, he doesn’t work for the city or the District Council. He’s on his morning or evening walk, just like you.

“I go for a walk each day,” Ivan “Chief” Fossen says, “and once I talked to a girl in a city crew truck and told her where I saw some graffiti. She said they were busy, and I thought ‘We’re all busy.’ So, I told her if she gave me that can of paint remover, I’d do it myself.”

Ever since, Fossen has carried paint remover and a rag on his weekly walks along the Avenue. When he first started, he says there were 30-40 instances of graffiti along Grand Ave from Dale to Syndicate. After making a routine of removing it once every week or two, Fossen says there are now a mere 3-4 new instances per week.

“I do it because it makes the neighborhood look better to both the outsiders as well as the people who live here,” Fossen says. 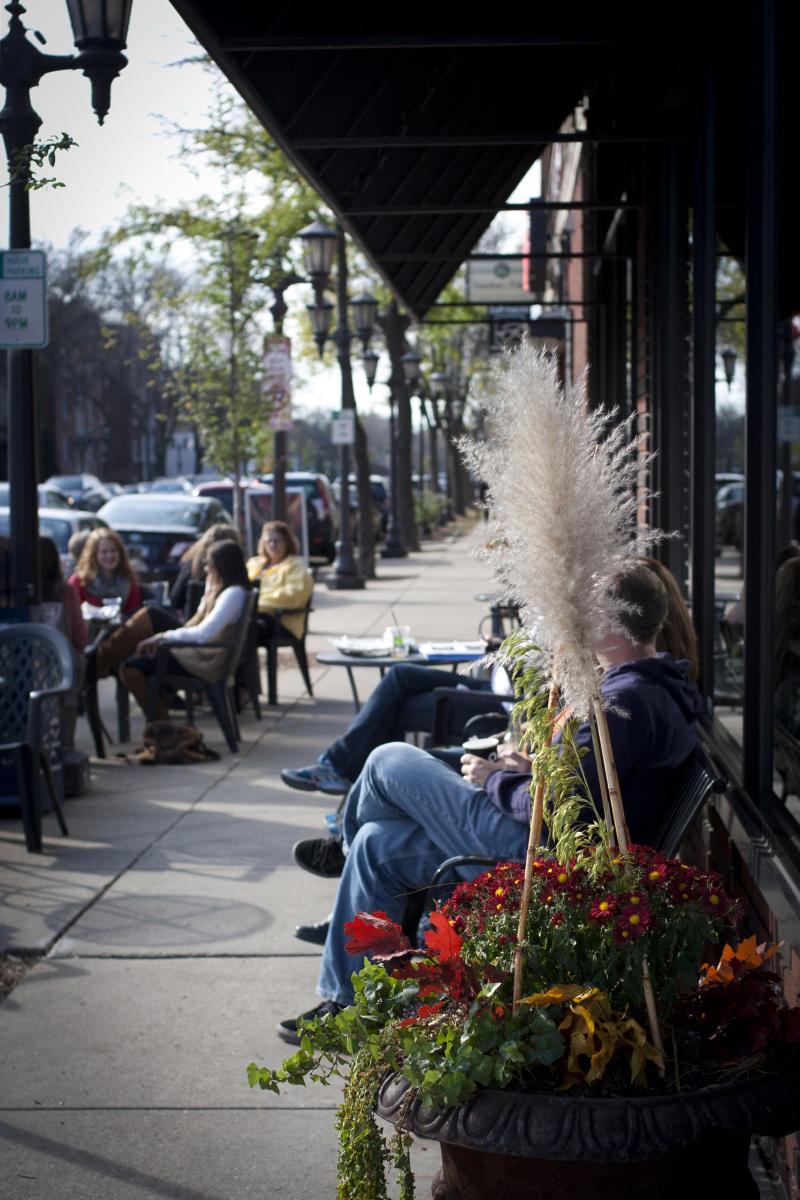 Nicknamed “Chief” for his 22-years as the Chief of Police in Glenwood, Fossen insists the work is painless and easy. He says it takes a matter of 10-30 seconds to erase a piece of graffiti with a rag and graffiti spray from the hardware store.

“It doesn’t require much effort,” Fossen says, “just the initiative. That’s true of everything in life. If you’re out for a walk or enjoying the neighborhood, why not do it anyway?”

And that’s what many people think when they see him scrubbing away. Fossen has several stories about how his initiative is contagious. When he stopped on his walk to help a couple remove a dead tree from their property, he recruited them to patrol and remove the graffiti on their block. An elderly lady stopped when she saw him erasing graffiti one day and said she’d seen him doing it several times before and had decided to pick up litter on her block during her morning walks.

“If you have a little time in the morning or evenings, those little things that make an impact don’t take much time, effort, or skill,” Fossen says, “It’s a beautiful neighborhood, and it only takes a minute to do small things to keep it that way. If every person would do one of those small things, it would make a big difference.”