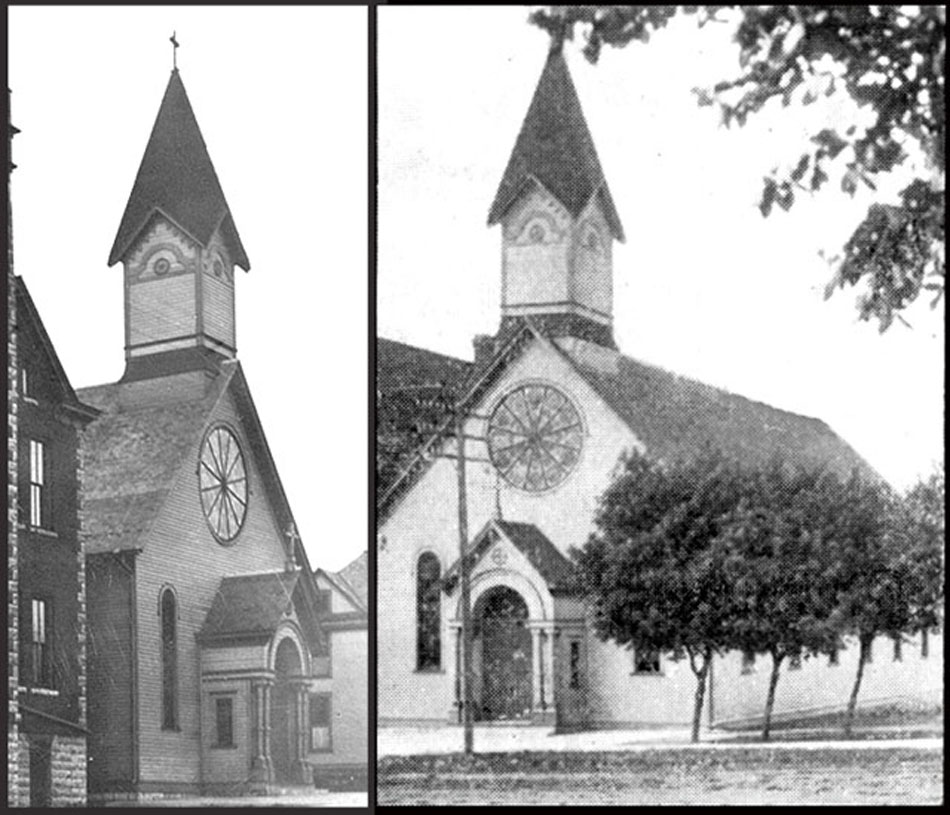 Although the first St. John’s Catholic church building wasn’t dedicated until December of 1886, this August marked the official start of the 125th year of St. John’s existence as a parish in Dayton’s Bluff.

In early 1886, Bishop John Ireland asked Rev. Louis Cornelis, pastor at Mendota, to look into the possibility of organizing an English-speaking Catholic parish on Dayton’s Bluff. Sacred Heart Church had been founded in 1882 to care for the German speaking residents of the district, but ever growing numbers of English speaking people coming into the neighborhood seemed to make the establishment of a separate parish for them a logical step in the growth of the diocese.

Although St. John’s is often thought of as an Irish parish, just as Sacred Heart was a German national parish and St. Casimir’s was a Polish parish, it was actually a territorial parish. It just happened that in the 1880s most English-speaking Catholics in the area were Irish. When parish boundaries were originally drawn up, the western edge was marked by Payne and Maria Avenues, and the southern edge by the river bluffs. There was no need for northern and eastern boundaries because the land past Dayton’s Bluff in those directions was largely unsettled and not part of St. Paul proper.

Father Cornelis canvassed the Bluff for funds, and collected over $1,100 of which the people of the new parish contributed $200. The Corporation of the Church of St. John was organized under the laws of the State of Minnesota on August 4, 1886, and its first meeting was held on August 29. One of the first acts of the corporation was to purchase nine lots in Dayton’s Bluff on Frances (now Fifth) Street, between Forest and Cypress.

The contract for building the church was let early in September 1886 and the Church of St. John of St. Paul became the twelfth Catholic church in St. Paul when it was dedicated on December 19, 1886.

The church structure was typical for its time. The architect, H. G. Terherne, designed a plain frame building with stained glass windows along each side and a large circular stained glass window above the main entrance. A small, cross-crowned belfry topped off the building. The church could seat 450 people on its black walnut-finished pews. The octagonal sanctuary housed a white altar and the sacristy could be used as a chapel. This church served the parish until 1922 when a much larger, brick church was built.

St. John’s will begin its 125th anniversary celebration on Saturday October 22 with a Mass at 4:15 p.m attended by Archbishop John C. Nienstedt.

As part of the celebration St. John’s is putting together a commemorative history booklet. We are looking for photos, memorabilia, stories, facts or anecdotes concerning St. John’s Church and School particularly in the period of 1940 through 1980. If you have anything you would like to share with us, please contact St. John’s at 651-771-3690 or stjohns@stjstp.org.

Please visit www.stjstp.org to learn more about St. John’s and its history.